James Ivory, who won the Oscar for writing Luca Guadagnino's romance drama, isn't on board with a sequel. 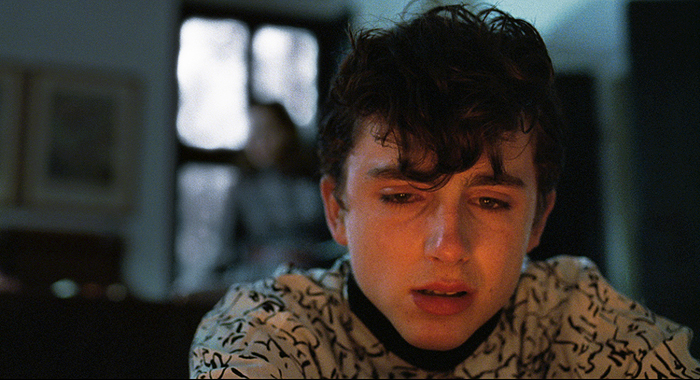 Luca Guadagnino, Timothée Chalamet, and Armie Hammer have been vocal about making a sequel to “Call Me By Your Name” in a couple years, but one person who won’t be returning for a follow-up to the acclaimed 2016 romance drama is screenwriter James Ivory. The 90-year-old director and writer recently told The Film Stage he not only won’t be scripting a follow-up movie but also a sequel shouldn’t happen. Ivory won the Best Adapted Screenplay Oscar for the first movie.

“I don’t and I wouldn’t want to be involved,” Ivory said when asked if he has any involvement with the sequel. “I can’t imagine having to make Timothée Chalamet look 45. I mean, that would be horrendous and so fake looking if that’s what they are going to do!”

Even more heartbreaking is Ivory’s reveal that “Call Me By Your Name” author André Aciman isn’t on board with a sequel happening, either. Ivory estimates that if Aciman doesn’t want a sequel to happen then it won’t, since he owns the rights to the characters of Elio (Chalamet) and Oliver (Hammer).

“André Aciman just laughed at the idea to me,” Ivory said. “He said it was not a good idea. They can’t do a sequel, I think, without him being on board. It’s his characters and his story. But that seems to have died down a bit. I haven’t heard much about it lately.”

Guadagnino intends to wait several years to make a sequel so that Chalamet and Hammer can properly age into where the characters would be when the sequel takes place. Chalamet recently compared Guadagnino’s idea to Richard Linklater’s “Boyhood.”

“I don’t see any world where it doesn’t happen,” Chalamet told Variety in October. “I think [author André Aciman] is comfortable with a sequel being made. I know Luca [Guadagnino] really wants it. And I know Armie and I are 1000% in.”

Ivory and Chalamet seem to be at odds over Aciman’s openness to a sequel. Guadagnino has said a sequel wouldn’t happen until at least 2020.

This Article is related to: Film and tagged Call Me By Your Name, James Ivory