Sylvester Stallone also proves to be an effective and affecting anchor in this solid sequel to 2015's "Creed." 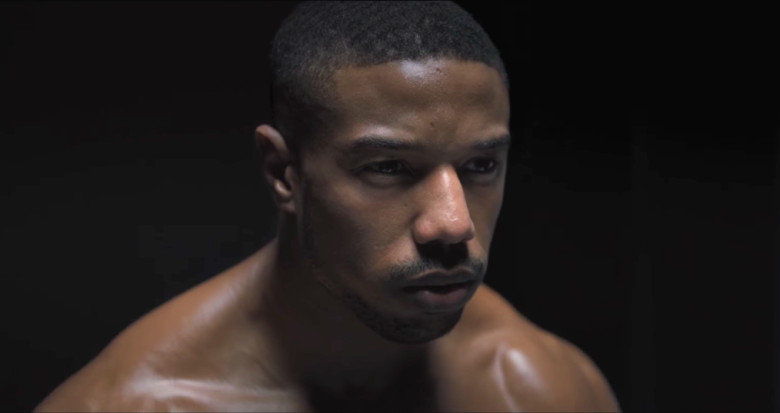 Three years ago, Ryan Coogler’s “Creed” pulled off an impossible gamble: It recontextualized the “Rocky” franchise by relegating its famous snarling boxer to the sidelines. As Adonis, the offspring of deceased boxer and Rocky pal Apollo Creed, Michael B. Jordan injected the franchise with fresh juice — as a sensitive, tortured soul with daddy issues to work through, Adonis made “Rocky” relevant again. Though Coogler later proved the commercial viability of blockbusters with black faces, “Creed” got the ball rolling on a comparatively intimate scale.

With “Creed II,” it keeps rolling along: This slick and involving sequel finds Adonis continuing to work through the weight of his father’s death in the ring, follows all the familiar motions revived with “Creed.” But in the context of this resilient franchise, the movie hits each beat with the calculated precision of its tireless fighter.

With Coogler still journeying through Wakanda, he’s handed the reigns to Steven Caple Jr. (Just as Coogler had only a single feature under his belt before “Creed” with “Fruitvale Station,” former Coogler film-school classmate Caple’s only prior directing credit was his understated 2016 crime drama “The Land,” which premiered at Sundance 2016.) It appears to have been sufficient training for the challenge at hand. “Creed II,” which credits Sylvester Stallone and Jewel Taylor as co-writers, contains plenty of bloody showdowns in the ring — but its central appeal lies in the quieter struggles that haunt Adonis whenever he steps away from the spotlight.

That’s no easy task: Following his victory in “Creed,” the sequel finds Adonis at the top of his game — scoring the heavyweight title in the opening minutes, while Rocky (Sylvester Stallone) barks his usual motivations from the sidelines, and his warm partner Bianca (Tessa Thompson) cheers him on. But the popularity leads Adonis to the usual crossroads: A cozy family life beckons, and while Bianca’s singing career has taken off, the disease that cripples her hearing has only grown worse. A few too many new developments arrive right on schedule, but Caple frames the conversations between this believable couple with closeup intimacy that makes their bond resonate, and establishes genuine dread when Adonis naturally feels compelled to take one last battle — or die trying.

This is familiar stuff, but “Creed II” works overtime to create the tangible suspense that the worst possible outcome might actually come to pass. It’s safe to say that no “Rocky” protagonist has never been more bruised and bloodied than Adonis becomes in this movie, but these are hectic times. The movie’s bad guy, a Russian warrior resurrected from 1980s Cold War paranoia, arrives right on schedule.

The masterstroke of “Creed II” doesn’t quite match the genius of reinventing this series in the first place, but it’s still pretty shrewd: Remember Ivan Drago? The corny Russkie meathead played by corny Dolph Lundgren in 1985’s “Rocky IV”? Since then, Drago’s become a sturdy punchline in the “Rocky” mythos. Even though he was responsible for the death of Adonis’ father, “Creed” kept the Drago references to a minimum, lest the cheesy antagonist hobble the movie’s credible emotional foundation.

But “Creed II” drags Drago back into the picture and actually succeeds in making him credible, even if it’s a bit silly. Of course, if Apollo had a kid, why not Drago, too? In “Creed II,” Lundgren returns as the forlorn boxer, still smarting from his loss to Rocky in Russia over 30 years ago. And he has a monster truck of a son, Viktor (newcomer Florian Munteanu, a robotic mass of throbbing muscles), whom he’s training for a revenge match.

Drago’s still a cardboard villain, but Lundgren goes to great lengths to make the character into a pathetic, seething object of resentment. When he surfaces for a “Heat”-like face-off with Rocky at his cozy Philadelphia diner, there’s a genuine thrill to the level of anger Drago feels after living as a punchline for decades. “That’s like a million years ago!” Rocky counters. “But just yesterday to me,” Drago shoots back, as Viktor sulks nearby.

Needless to say, the showdown’s on — but initially, Rocky wants no part of it. The breach in his relationship with his disciple establishes a clever structural gimmick at the center of the movie, and gives Jordan the opportunity to act circles around this material until it settles back into the ring. As Jordan’s stardom continues to launch beyond the stratosphere, “Creed II” is another reminder that he can guide that screen presence to genuine pathos.

But he’s not alone. The glue that holds “Creed II” together is Caple’s willingness to guide it into the terrain of a bittersweet melodrama. As his mother, Phylicia Rashad excels at conveying a parent’s knowing smile with the slightest gestures. Thompson gets a handful of scenes to suggest that some of Adonis’ rough intensity has rubbed off on her: She avoids the well-worn path of concerned damsel and actually empathizes with his struggle.

And then there’s Stallone, the sturdy anchor that keeps this series rooted in its winding path through the decades. Peering out from beneath his iconic slanted fedora, Sly doesn’t have that much to do this time around, but rises to the challenge whenever duty calls. In one pivotal moment, he gives Adonis family advice in a hospital corridor, mumbling his way to an emotional revelation. It’s one of the actor’s very best moments, and it creeps into the movie with the same unexpected appeal that “Creed” landed in the first place.

Ultimately, the bromance between these two men sets the stage for a finale that more or less operates on autopilot. Still, as “Rocky” training montage goes, this one — set in the sweltering desert heat — delivers the goods, thanks in large part to a vibrant reworking of the movie’s pivotal theme. Rocky still drops nuggets of wisdom with the casual air of a half-asleep monk. (“You know there’s only three steps into that ring, and it’s going to look like a mountain.”)

Kramer Morgenthau’s cinematography lacks the showy steadicam acrobatics of “Creed,” but the climactic battle between Adonis and Viktor still delivers a dazzling light show that dovetails right into the visceral mayhem of the battle, captured from so many angles some viewers may reel from the punches themselves. Still, while “Creed II” doesn’t suffer from as much sequel-itis as other “Rocky” forebears, the virus of redundancy lingers.

Even so, it’s fascinating to watch this series make the case for its existence. The closing moments feature a hilarious cameo that suggests another chapter around the corner as the “Rocky” EU continues its expansion, and there’s enough substance in “Creed II” to justify its trajectory. We know what to expect from these stories, but both “Creed” and its sequel invite us to forget — so we can rediscover the thrill all over again.

This Article is related to: Film and tagged Creed 2, Michael B. Jordan, Reviews, Tessa Thompson