After 50-plus years, TV's favorite time traveler is at his/her best when she worries us. 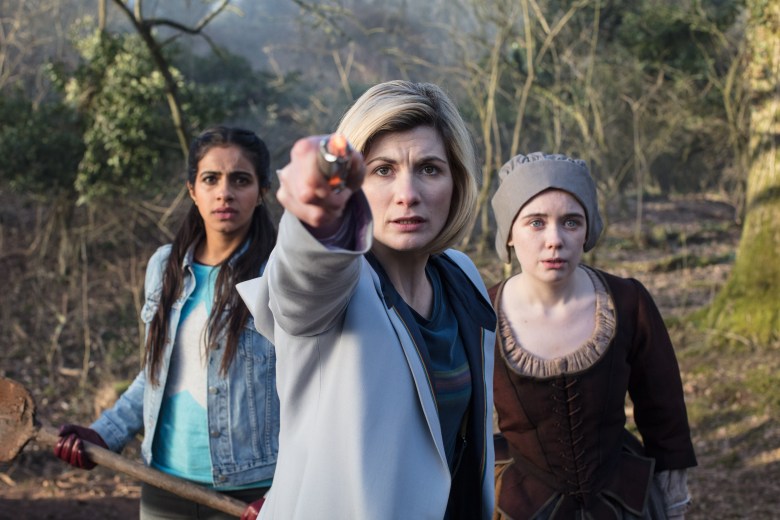 The Doctor is one of pop culture’s most long-lasting characters, and always a deliberate enigma. Over the last 50-plus years the time-traveling alien hero of Britain’s longest-running sci-fi series “Doctor Who” has had an increasingly complex backstory, but he (or as of this year, she) has always been a creature that’s somewhat above us humans. Smarter, wiser, tougher.

However, now that we’re halfway through the first season of Jodie Whittaker taking on the role of the Doctor, the first woman to man the controls of the TARDIS, there’s something missing. This Doctor hasn’t displayed the heavy mettle we know and love, and without that the character can’t give us her full potential.

Through its many iterations, many of the show’s best moments come from times in which The Doctor proves to be flat-out terrifying. His/her power is immense, and that power can be used to celebrate the best in those he/she encounters — or, it could just as well be otherwise. But so far, Whittaker is still missing the moment afforded every other modern-era Doctor, when the audience was forced to reckon with just how destructive The Doctor could be.

Read More: ‘Doctor Who’ Delivers a ‘Proper Awesome’ Episode That Is Pacifist, Pro-Science, and Anti-Gun

For Christopher Eccleston’s introduction as the ninth Doctor, he bellowed at living plastic evil invading London shopping malls. When David Tennant proved his place, he used a satsuma to drop an alien warlord to his death. Matt Smith put on a bow-tie as he flat-out told another invader “Basically… run.” And Peter Capaldi… well, he was scary from the beginning.

Moments like these define “Doctor Who.” Classic superheroes stay firmly on the side of good, but the Doctor is fully capable of harsh choices and rough decisions. While the character is often capable of mercy, that’s not a given, and that’s what makes him/her unique.

And yes, it feels gendered, that the first female Doctor has yet to go truly baller on screen. Whittaker has definitely found her own perspective in moments that require the Doctor to step up and be authoritative — there’s no denying that the 13th Doctor is a boss. In last Sunday’s episode, “The Witchfinders,” the Doctor, as played by Whittaker, rages beautifully against the machine that lead to the witch trials in 17th century Lancashire.

But she never presents any real threat against the enemies she faces, just one of many moments where she pulls back. She brings authority to the role, but in escaping accusations of witchcraft, she doesn’t really suffer or inflict suffering upon others.

It’s the one thing truly holding back Whittaker in this role, because she’s been a stellar performer by every other metric. Whittaker has brought a beautiful earnestness that sells the Doctor’s innate love of the unusual and strange — but she has yet to have the opportunity to tear apart the monsters she’s encountered. 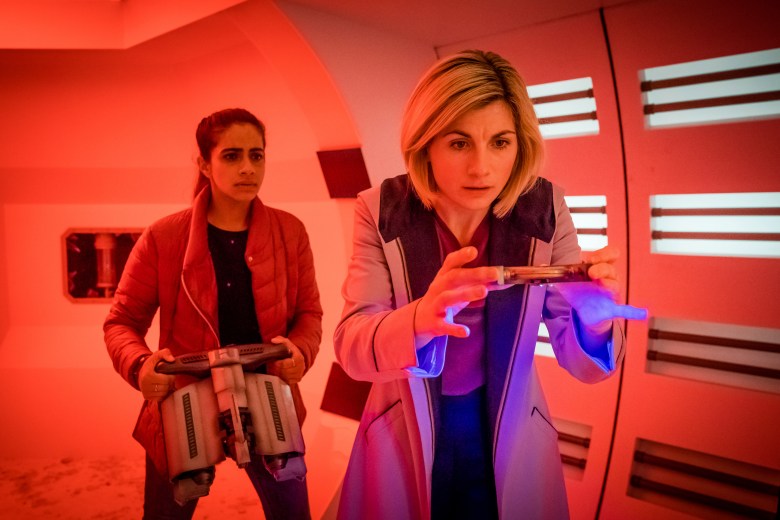 As the Doctor’s long-established archnemesis the Master said in the Season 3 episode, “The Sound of Drums” the Doctor chose his/her own name, and it refers to “the man who makes people better.” But at the same time, the Doctor is also someone who’s totally comfortable sending a foe to his death: “No second chances. I’m that sort of a man,” the 10th Doctor (Tennant) says in “The Christmas Invasion.”

There’s no denying that Whittaker has found her grasp on an incredibly challenging role. In her hands, the Doctor is smart, intuitive, and compassionate. But the scripts still need to give her the moment that her predecessors have had before: the moment which makes us realize that the Doctor’s face may change, but she is always the boss of us.

This Article is related to: Television and tagged BBC America, Doctor Who, Jodie Whittaker