Amy Berg and Glen Zipper travel from war-torn Syria to a fierce dog grooming competition in a series that examines unconditional love. 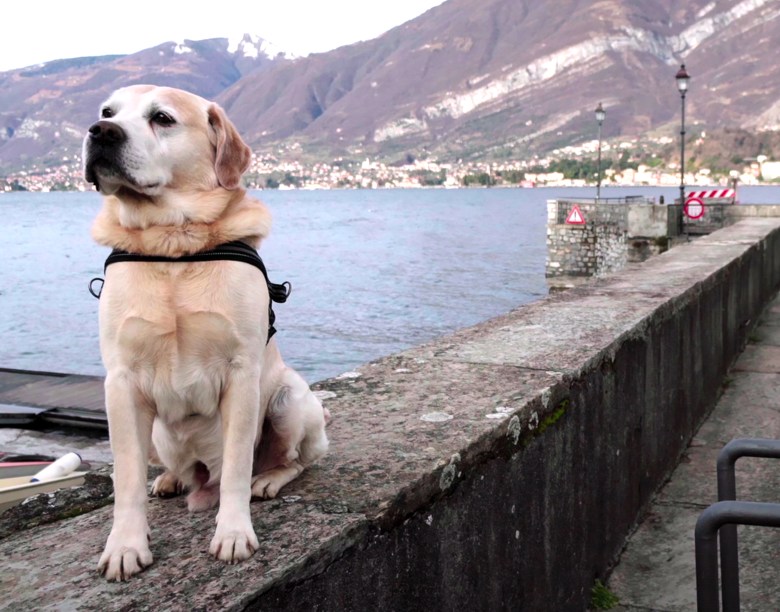 “Human relationships are complex. Dogs make life more simple,” says groomer Kenichi Nagase in Netflix’s docuseries “Dogs.” The Japanese introvert has hit upon a byproduct of the six-part anthology series, ostensibly an examination of the unconditional love between owner and pet, but ultimately a celebration of how the love of dogs can inspire people to focus on a passion. And as seen in this series, this leads to greater heights of humanity, even acts of heroism. Yes, lolling tongues, floppy ears, and wagging tails abound, but in the end, it’s the people’s stories that resonate the most in “Dogs.” Dogs are easy to love, and through their example, we can relearn to love our fellow man.

Documentary heavyweights Amy Berg (“Deliver Us From Evil”) and Glen Zipper (“Undefeated,” “Tales From the Tour Bus”) lead a handful of acclaimed filmmakers through six tales of doggy devotion that travel from the U.S. to Syria, Italy, Japan, Costa Rica, and back to the States. Ranging in tone and subject matter, the one-hour installments delve into how these creatures are more than just furry companions; they’re contributing family members who are continuing a partnership between man and beast forged millennia ago.

The following is a breakdown of each episode:

Director Heidi Ewing sets the tone for the series with this touching story of how service dog Rory, who can detect oncoming seizures, changes the life of feisty 11-year-old Corinne and her family. The episode traces their troubles – from the severity of the frightening epileptic attacks to the constant vigilance by every family member – and reveals the dawning and surprisingly emotional realization that Rory can and will help alleviate those pressures. It’s not an entirely joyous upheaval, and the camera is present to catch the complexities of those turbulent moments as well. The sequences at the 12-day training camp – where each certified companion meets its new master, a young child with disabilities – are particularly eye-opening to reveal the amount of work and dedication that goes into making this pairing possible. 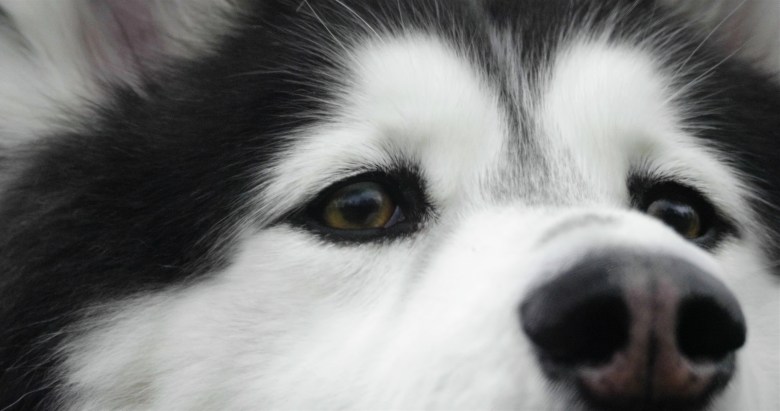 While the season-opener demonstrates how dogs can be of service to humans, the follow-up shows the lengths that one man will go to help his four-legged friend. Berg helms the strongest episode, in which Syrian refugee Ayham, who has fled to Germany but left his Siberian husky named Zeus behind in Damascus with a friend. With the help of old roommates and the Animals Syria rescue group, they hatch a risky plan to smuggle Zeus out from behind the Syrian border to Lebanon and then hopefully on a plane to Berlin. Zeus’ striking looks, chipper personality, and penchant for singing makes him a lively contrast to the harsh realities of the conflict in Syria. One cannot help but feel Ayham’s yearning as he FaceTimes with his dog, the only family member he has has a remote chance of seeing again, on a tiny screen. It’s a sobering yet inspiring encapsulation of the resilience of the human spirit, and will no doubt inspire more than a few tears while watching.

Director Richard Hankin (“The Jinx”) brings an unhurried, almost contemplative air to this story about an Italian family who runs a restaurant on Lake Como, serving the freshly caught fish straight from the nets. Depleted fish populations and changing times threatens the family’s way of life, but their dog Ice is as cool as his name. He never wavers and is always by their side: on the boat, sitting on a bench, or underfoot. Lacking the narrative drama of the previous two installments, “Ice on the Water” brings out the quiet beauty to this way of life, and this is reflected in Ice’s sturdy and comforting presence and through the stunning visuals of Lake Como. 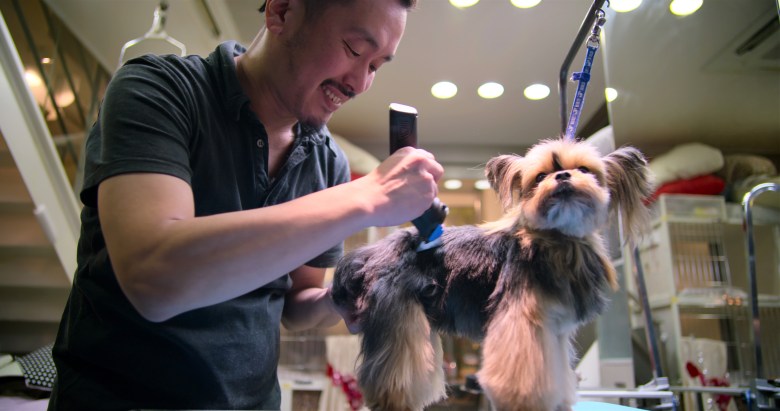 Roger Ross Williams (“God Loves Uganda,” “Music by Prudence”) directs the most lightweight and humorous episode of the lot that highlights how the Japanese people have elevated doting dog ownership to a way of life. With marriage and having children on the decline, energies are instead funneled through these furry offspring, and the results are hilarious. During a doggy birthday party in which all the attendees are women dressed to match their pampered pooches, one attendee confesses, “If there were a fire in my house, I’d save Kotaro before my husband. Kotaro comes first and my husband is in, like, third place.”

Into this drama comes Kenichi – arguably the series’ breakout human star – the in-demand groomer who sees the unique aura of each dog and creates a custom cut that can never be replicated. He commands bookings months in advance and clients will fly internationally just for his services. He and another Japanese groomer try their hand at the Groom Expo West dog grooming competition in Pasadena, Calif., where “Scissors Down” follows in the tradition of “Spellbound” or this year’s “Science Fair” in tracing big dreamers from all walks of life who excel in niche fields. In the end, Williams is too ambitious for the limited one-hour runtime, trying to pack in examples of Japanese dog mania, background on each groomer, and the drama of the competition itself. The result is still entertaining but feels not fully realized.

The initial impression of Costa Rica’s mega outdoor dog sanctuary Territorio de Zeguates, which is home to nearly a thousand dogs who roam its hundreds of acres, is of a veritable doggy heaven. However, husband and wife owners Alvaro Saumet and Lya Battle soon realize that although their love and desire to care for the country’s neglected and abused dogs is boundless, their resources are not. Daniel Lindsay and T.J. Martin (“Undefeated,” “LA 92”) expose the grim reality that Territorio’s staff members face when the country’s animal welfare service gets involved and the attempt to keep the sanctuary’s dog population manageable. Raw, dirty, and full of righteous spirit, this episode is a stark contrast to the primped and pristine order of “Scissors Down.” It’s not an easy watch considering some of the disturbing medical cases that play out, but it’s a marvel to see such dedication in the face of what appears to be an impossibly challenging situation.

Berg returns with the season’s final episode, an inspiring story that zeroes in on the work of Hearts and Bones dog rescuer Anna, whose passion is to save at-risk dogs from shelters and adopt them out in the Big Apple. In contrast to the “save every dog possible” mentality of Territorio de Zequates, Anna’s efforts focus on only about 30 or so pooches at a time. Nevertheless, it’s a complicated undertaking that requires the help of dozens of volunteers and a cross-country road trip. It’s heartening to witness how many people make it their life’s work to save these dogs but also bring joy to families who match. The story is also near and dear to executive producer Glen Zipper’s heart, who has also spent hours upon hours in adopting outreach. “Dogs” is his most far-reaching adoption message yet. 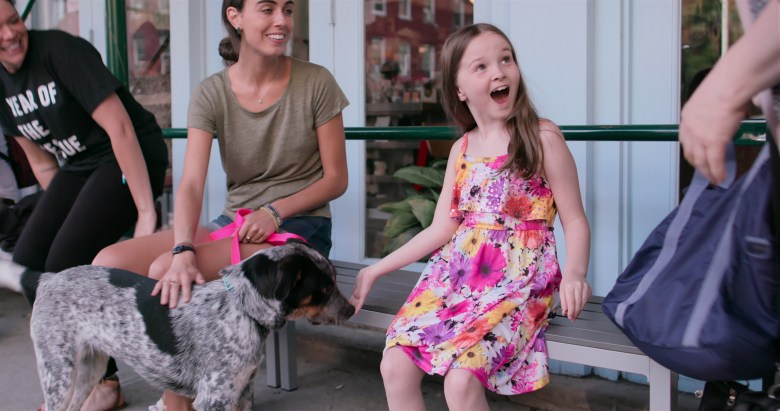 While “Dogs” would appeal to most dog lovers, it’s not the schmaltzy, feel-good product that the trailer (and the folksy original theme song by Dhani Harrison and Paul Wims) may have intimated. Unlike “Kedi,” the acclaimed documentary that attempted to convey the individual personalities of the cats in Istanbul, this series doesn’t star the dogs so much as use them as a vehicle to tell human stories. With the exception of “Scissors Down,” most of the series is tinged with the bittersweet acknowledgment that situations are far from perfect for dogs and humans alike. It’s a weighty endeavor that needed the best documentary storytellers, who were more than up to the task of balancing the cute and cuddly with the tarnished truth of the human condition.

Although each of the six parts are standalone stories, the order in which the episodes play feels deliberate in building emotional engagement and complexity, adding in a meditative and humorous breather in the middle, and then finishing with what feels like a call to action. The series doesn’t have to be binged, but it’s hearty and heartfelt fare for family Thanksgiving and holiday viewing, with some adult guidance for Episodes 2 and 5.

“Dogs” makes a good argument for continuing the human-canine contract. Not only do they improve the quality of people’s lives, but they also have the power to improve the people themselves. As bad as the world may seem to have gotten, dogs never seem to lose faith in humanity, and judging by the two-legged subjects seen in “Dogs,” maybe people shouldn’t lose faith in humanity either.

”Dogs” is available for streaming on Netflix.

This Article is related to: Television and tagged Dogs, Netflix, Reviews