The short film competed for the Best Short Film Oscar at the 2001 Academy Awards. 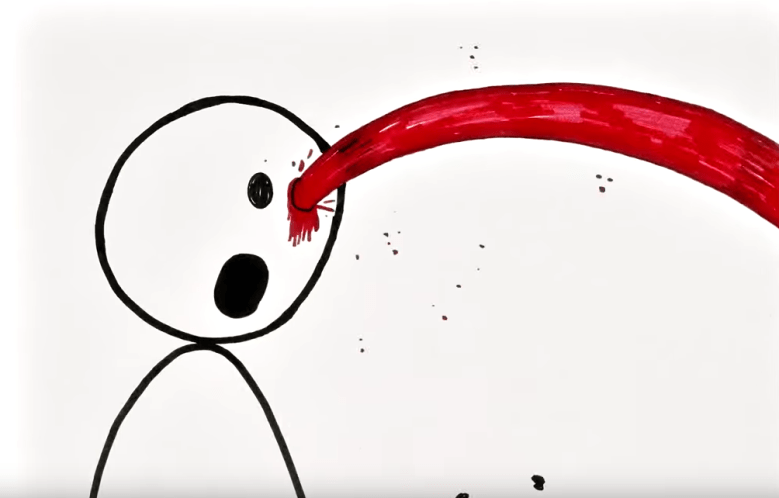 Don Hertzfeldt, the indie animator behind “World of Tomorrow” and “It’s Such a Beautiful Day,” got his start with the nearly 10-minute short film, “Rejected.” Released in 2000 shortly after Hertzfeldt graduated from film school, the short is presented as a series of inappropriate commercials and interstitials that have been rejected by television networks.

“Rejected” went on to earn an Oscar nomination for Best Short Film at the 2001 Academy Awards. Hertzfeldt lost the Oscar to “Father and Daughter,” directed by Dutch animator Michaël Dudok de Wit. Despite the loss, Hertzfeldt’s short became a cult classic throughout the 21st century, especially after it found its way onto the internet and became a viral sensation for teenagers, and it has since spawned several famous movie lines (“My spoon is too big!”).

Over the years, “Rejected” has been singled out as one of the most influential animated films ever made. The movie was the only short film included on Salon’s 2009 list of the best films of the decade, and HuffPo named the film in 2010 as one of the most innovative animated offerings of the last 10 years. IndieWire’s Eric Kohn also named “Rejected” one of the 10 best films of the 21st century on his list for the BBC Culture poll in 2016.

“Don Hertzfeldt’s scathing indictment of the commercial industry — in which a series of advertisements he’s been commissioned to write wind up losing their minds as time and space collapse around them — epitomizes his ability to turn deceptively simple stick figures into profound avatars of society’s inherent instability,” Kohn wrote. “Hertzfeldt has made more aesthetically accomplished films since, but in my estimation, ‘Rejected’ remains his mission statement.”

Hertzfeldt recently gave “Rejected” a 4K restoration and released the HD version of the short on his YouTube page. Watch the film in its entirety in the video embed below.

This Article is related to: Film and tagged Don Hertzfeldt, Rejected, Short Film