While promoting "The Man Who Killed Don Quixote," which received a mixed reception at Cannes, the director elaborated on the divisive nature of his films. 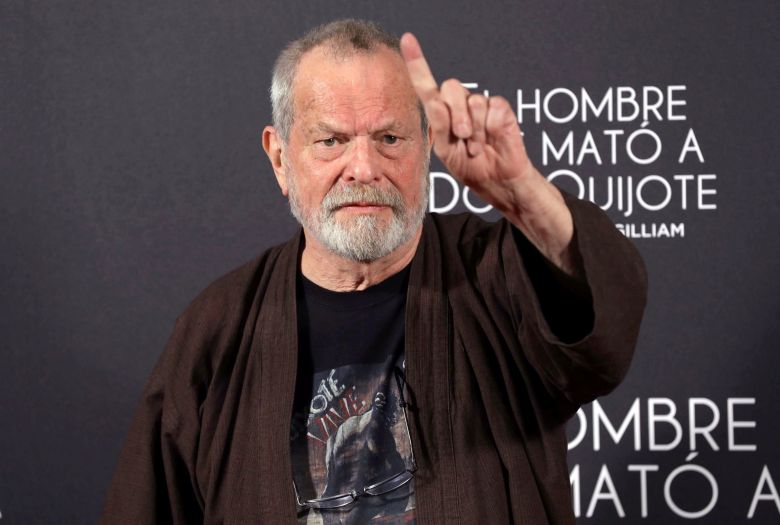 It’s a dream come true for Terry Gilliam fans: after 25 years of false starts, budget shortfalls, major casting changes, and flooded sets, “The Man Who Killed Don Quixote” is finally here. But when it screened for the first time at the Cannes Film Festival in May, many critics thought it was less a grand slam and more of a bunt.

IndieWire’s Chief Critic Eric Kohn was more generous in his B- review, calling it “sloppy” but “far from a total disappointment” and ultimately concluding that it may be “Gilliam’s most personal film.” Unfortunately, “The Man Who Killed Don Quixote” also ended up with a score of 56 on Metacritic and 61% on Rotten Tomatoes.

Gilliam knows his films divide people. Talking to Variety while promoting “Don Quixote” in Los Cabos, Mexico, the director of “Brazil” said that even with that classic movie “half the audience would walk out.”

“It doesn’t surprise me,” Gilliam said. “I know that my films work better for some people. There is a certain way of approaching life or looking at the world. They get on the ride with me and go all the way.”

And he feels his films appeal to very specific demographics: “People with a good visual imagination tend to respond… Also I think musicians… I know that creative people, almost 100%, like what I do… I also find children, and I know on this film in particular, they just got it, they went for the ride.”

Gilliam also noted that audiences often respond better to his films than critics. “I don’t mind a bad review when it’s about the film I made. When I read reviews sometimes they just miss the film, I don’t know what they were taking in,” he said. “It’s those cut and paste reviews that I don’t like. There are so many of them that once you get a review out there, there is a laziness in a lot of reviewers, or an inability to have a clear thought about what they are writing about, so they just cut and paste what exists.”

It’s important to note that Gilliam isn’t attacking all film criticism, just a certain kind – he himself has provided some excellent critical appreciations over the years, including of Marcel Carné’s “Children of Paradise” on the Criterion DVD release of that film. And he’s been known to be dismissive of many Hollywood blockbusters in a way many established critics wouldn’t dare to be – Gilliam’s called superhero films “bullshit” and has told their audience to “grow up.” At the Karlovy Vary International Film Festival Gilliam said of Marvel Studios’ films, “They have no real tension.”

Gilliam is just as critical of his own films, even calling into question, at the same Los Cabos event, the idea that “Brazil” has reached canonical status: “Now when we show ‘Brazil’ it’s this classic and all that bullshit, all that crap.”

This Article is related to: Film and tagged Film Criticism, Terry Gilliam, The Man Who Killed Don Quixote