One performance Redmayne can agree was "pretty bad" was his villainous turn in the Wachowski siblings' science-fiction epic. 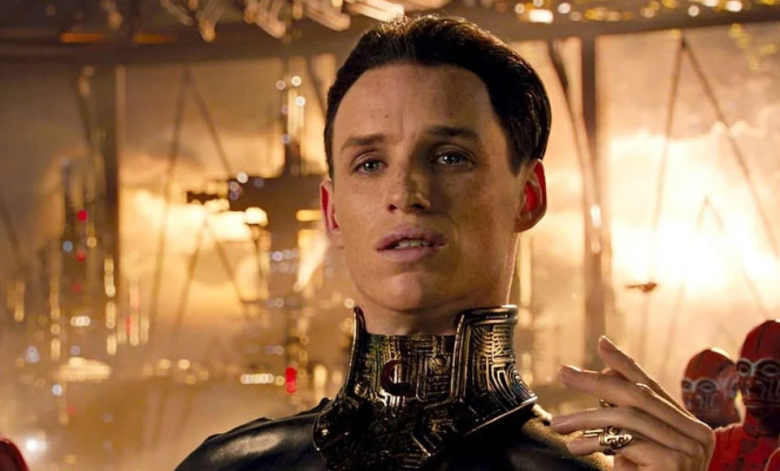 Eddie Redmayne, back in theaters around the world this weekend with “Fantastic Beasts: The Crimes of Grindelwald,” knows he is not everyone’s cup of acting tea. The Oscar winner recently spoke to GQ for a career retrospective interview and got honest about how the public has received him as an actor over the years.

“We have this spread in England for toast called Marmite,” Redmayne said. “And the ad slogan is ‘You either like it or you hate it.’ And I’ve always thought of myself as a bit of a Marmite actor. People either enjoy what I do or loathe what I do.”

No performance of Redmayne’s has been more “love-it-or-hate-it” than his villainous turn as Balem Abrasax in “Jupiter Ascending,” directed by the Wachowski siblings. Playing a galaxy-conquering emperor, Redmayne delivered a gloriously over-the-top villain that inspired both takedowns of his campy work and grand celebrations of it (read The Daily Beast’s “Give Eddie Redmayne All the Awards For ‘Jupiter Ascending’”).

“My character had had his larynx ripped out by this wolf man, and so I made the slightly bold choice—which I thought was right,” Redmayne said about his whispery accent in the film. “I won a prize for it for the Worst Performance of the Year. So, yeah, it was a pretty bad performance on my account.”

Redmayne said he signed on to star in “Jupiter Ascending” after falling in love with the Wachowskis’ previous film, “Cloud Atlas.” “I remember watching it with Kate Mara, and I think Rooney Mara, in the cinema, and it being the most extraordinary, bonkers thing I had ever seen,” the actor said, “as was ‘Jupiter Ascending.’”

Even if he does not look back fondly on his Razzie-winning “Jupiter Ascending” performance, Redmayne still adores the filmmaker. “I love the Wachowskis,” he said. “I have never felt so free on set.”

This Article is related to: Film and tagged Eddie Redmayne, Jupiter Ascending