"We are the great generators of empathy and compassion and we have to do our work," Hawke said about filmmakers, actors, and more. 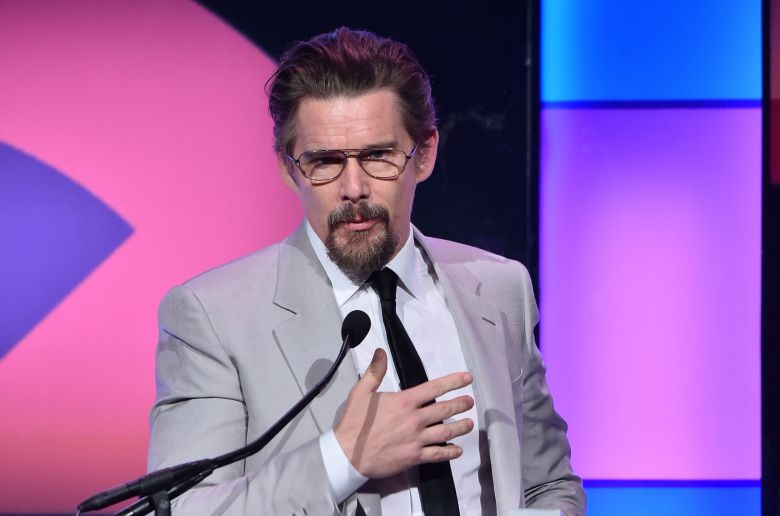 Ethan Hawke kicked off awards season with a triumphant victory at the 2018 IFP Gotham Awards. The actor took home Best Actor prize for his acclaimed performance in Paul Schrader’s “First Reformed.” Hawke beat out Adam Driver (“BlacKkKlansman”), Richard E. Grant (“Can You Ever Forgive Me?”), Ben Foster (“Leave No Trace”), and Lakeith Stanfield (“Sorry to Bother You”) for the award, and he used his acceptance speech to advocate for the power of art.

“We live in a moment, in a time period, with a void of political and spiritual leadership,” Hawke said. “In that kind of period, a heavy burden falls to the arts. We, the artistic community, the people in this room and elsewhere…[we can] transcend minds and open hearts that are normally closed.”

Hawke earned applause from the audience as he continued, “We must not give in to tribal thinking. As members of the artistic community, we are the great generators of empathy and compassion and we have to do our work. We are living in a time period where the environment, education, racial equality… they are all being criminally disregarded. It’s a real problem. It’s unacceptable. What my mother always said to me is you don’t have to protect the truth, you have to live in the truth, and it will protect you.”

Hawke’s powerful speech was one of the highlights of the 2018 Gotham Awards, which should only help his cause moving forward in this year’s Best Actor race. Hawke is already nominated in the Best Male Lead category at the 2019 Independent Spirit Awards, and he is expected to be a favorite among the year-end critics’ group announcement, which begins November 29 with the New York Film Critics Circle.

“First Reformed” opened over the summer courtesy of A24 and immediately made Hawke a dark horse for the Best Actor Oscar. The film premiered at the Venice Film Festival back in 2017, where IndieWire’s Eric Kohn raved Hawke delivered career-best work as a morally-conflicted priest. Click here for more from the 2018 Gotham Awards.

This Article is related to: Film and tagged Ethan Hawke, Gotham Awards