The film is a reunion between Chastain and "The Help" director Tate Taylor. 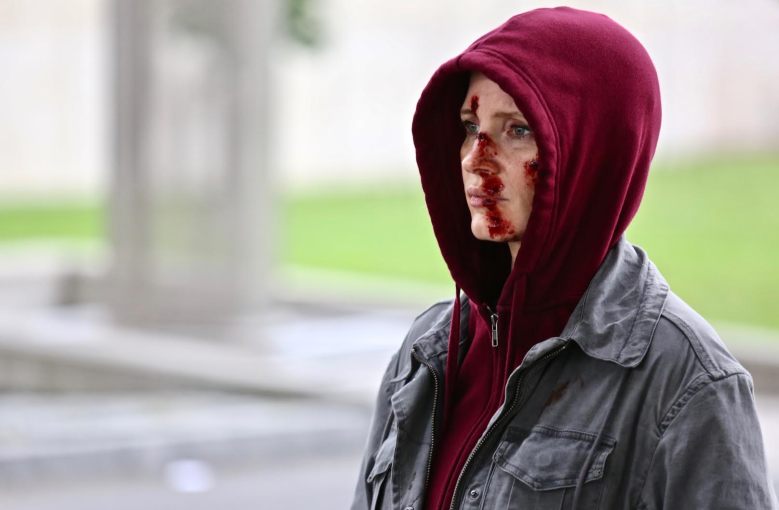 Jessica Chastain is in full-on assassin mode in the first look at the upcoming action-thriller “Eve.” The movie stars the Oscar nominee as a black ops assassin who is forced to fight for her own survival after a job goes dangerously wrong. The impressive supporting cast includes Colin Farrell, Common, John Malkovich, and Geena Davis.

“Eve” made headlines before production started due to the involvement of original director Matthew Newton. Chastain was criticized on social media for signing on to work with the filmmaker, who has a history of multiple arrests due to alleged violence against women. Newton was charged in 2007 with stalking and causing bodily harm to his then-girlfriend, and he reportedly punched another girlfriend in August 2010 in the lobby of a Rome hotel room, causing her to suffer a concussion and a sprained jaw.

Newton left the project in August, with Chastain’s “The Help” director Tate Taylor replacing him behind the camera. Chastain earned her first Oscar nomination for starring in Taylor’s adaptation of the bestselling novel. Since then, the director has helmed the James Brown biopic “Get On Up,” starring Chadwick Boseman, and “The Girl on the Train,” starring Emily Blunt.

In addition to “Eve,” Tate also has the Blumhouse horror film “Ma” set for release in 2019. The movie reunites him with Octavia Spencer, another star of “The Help.”

While Chastain is front and center in “Eve,” she’s also serving as a producer along with Kelly Carmichael through their production banner Freckle Films. Nicolas Chartier and Dominic Rustam are producing for Voltage Pictures. The role will give Chastain the chance to flex her action muscles. The actress appeared on-screen this year in “Woman Walks Ahead” and is starring in two of 2019’s biggest tentpoles, “Dark Phoenix” and “It: Chapter Two.”

“Eve” is currently in production. The movie is one of the hotter acquisition titles at this year’s American Film Market.

This Article is related to: Film and tagged Eve, Jessica Chastain