Written and directed by A.V. Rockwell, the short film is a love letter to black boys, the adverse psychological effects of racism, and a critique of American exceptionalism. 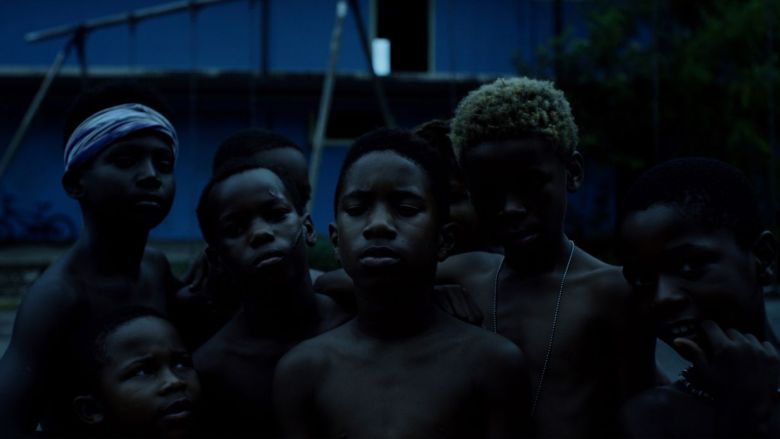 Fox Searchlight is no stranger to the Oscar game, but the speciality distributor entered fresh terrain this season when it acquired a pair of short films out of the Toronto International Film Festival. “Birdie” and “Feathers” have both received awards-qualifying runs, and the move is particularly notable for “Feathers,” which stands a good chance at being one of the major films about the black experience released at the height of awards season.

Award-winning filmmaker and Sundance Institute Feature Film fellow A.V. Rockwell’s short is a love letter to black boys, the adverse psychological effects of racism, and how to heal those wounds in modern society. The film strikes a welcome humanitarian note, and deserves to lead the pack in the weeks leading up to the final list of contenders in the live action short film race.

“Feathers” grapples with a pressing challenge for black Americans: While studies suggest that black people are significantly more likely to have depressive symptoms than whites, they’re also less likely to receive proper medical care. This tendency stems from a series of socioeconomic issues, including the long-standing stigma against mental health in the black community, a healthy distrust of a medical care system with a history of experimenting on black people, and a lack of positive representation in media. The latter issue can be lead to self-image problems as black youth enter young adulthood — it is this challenge that provides the centerpiece of Rockwell’s short.

“Feathers” follows Eliezer (Shavez Frost), a new enrollee at The Edward R. Mill School for Boys, who must overcome memories of a tragic past — witnessing the shooting death of his father by police officers — in order to tackle larger issues obstructing his progression as a young man, including the challenges of growing up in a world that constantly reminds him that his life does not matter.

“For a long time, I was fascinated by the chance to tell a story about a group of children that felt abandoned, if not discarded by society,” said Rockwell. “And in this so-called land of the free, I wondered how I could comment on why it feels like that freedom only exists for some.”

She landed on her film’s focus only after witnessing how the tragic deaths of young black men unlawfully shot by police officers were handled by local courts and the media. Rockwell said she wanted to explore “the generational traumas and burdens of being a black male in America.” The filmmaker said, “When your country tells you, in so many ways, that it does not care about you and warns you that your right to life, liberty and the pursuit of happiness will not come without many unjust obstacles to fight relentlessly, what kind of school could prepare you for that terrain? And in this place I was imagining, would the pupils be able to discover solutions that us adults have yet to find?”

For Rockwell, the setting of the fictional Edward R. Mill School for Lost Boys just might be that kind of institution. Sold as “a place for black boys to safely heal and live amongst themselves,” Mill School was inspired by the real-life New York-based Wiltwyck School for Boys that thrived in the early-to-mid 20th century, which took in and rehabilitated boys discarded by society.

“The Wiltwyck School for Boys has been a recurring fixture in many of biographies I’ve read over the years regarding troubled youths who grew up in New York,” said Rockwell. “In many cases, that reform school had a profound and positive impact on a lot of the youths that came through it, so that inspired me to center this story around an alternative curricular program.”

Additionally, the filmmaker referenced an old documentary profile of John Elliott Churchville, a civil rights activist and black nationalist who founded Philadelphia’s Freedom Library Day School, a storefront program that socialized young black children into having what she described as a foundation of self-love. “He empowered them with the psychological armor needed to combat the many versions of racism they would face for the rest of their lives,” said Rockwell, who used Churchville as the inspiration for character of Mr. Parish (Nicoye Banks).

The real-life Wiltwyck School first opened its doors to troubled African American boys in 1936. It was routinely stifled by a lack of funds, and would ultimately shut down in 1981, despite its success at treating the troubled youngsters who attended. Inspired by that history, Rockwell’s Edward R. Mill School is in dire need of funding and in danger of closing, both of which are signaled by a running voiceover towards the end of the film: Mr. Parish makes cold calls and solicits money while being met with annoyance and mockery.

The ensemble is led by a cast of mostly first-time child actors who deliver wonderfully naturalistic performances. Rockwell chalked that up to her experience working with young performers in multiple short films over the years and developing her style in piecemeal. Although she had a completed screenplay for “Feathers,” Rockwell realized that she would need to give the actors some room to improvise their dialogue.

“I worked so hard on the screenplay, but ultimately couldn’t afford to be rigid in following it, if the moments we created weren’t feeling truthful to me,” she said. “But the use of improv still has to be a very guided and contained process.”

The film’s palette is bathed in the colors of the American flag: a dominant blue (“the general sense of melancholy that Eli and his peers are fighting to shake”), with splashes of reds (“the rage and pain, which can morph into reckless behavior when you don’t have an outlet for those feelings”), and whites (“probably the most subtle, coming in at key moments when Eli feels the closest to safety, self awareness and peace of mind”). These decisions are underscored by a recurring child voiceover of the Pledge of Allegiance — a call for a reconsideration of the big question of patriotism, like Colin Kaepernick taking a knee during the anthem in protest of racial injustice. With a similarly incendiary approach, Rockwell’s visual poem serves as a damning critique of American exceptionalism.

“Feathers” doesn’t ask us to feel sorry for the children whose lives it commemorates; only to acknowledge their existence. In one of the film’s most powerful moments, Parish, frustrated after Eliezer breaks one of his fundamental rules, asks the fragile hero what he ultimately wants. Eliezer’s response: “Just to be a kid.”

Using that observation as its starting point, “Feathers” argues that conversations about mental health need to start much earlier in life, especially for black male youth. “For black boys, I wanted to tell them just how deeply they are loved,” said Rockwell, “And that when the world turns their back on you, don’t take for granted the power of coming together.”