The Library of Congress has acquired a one-of-a-kind nitrate print. 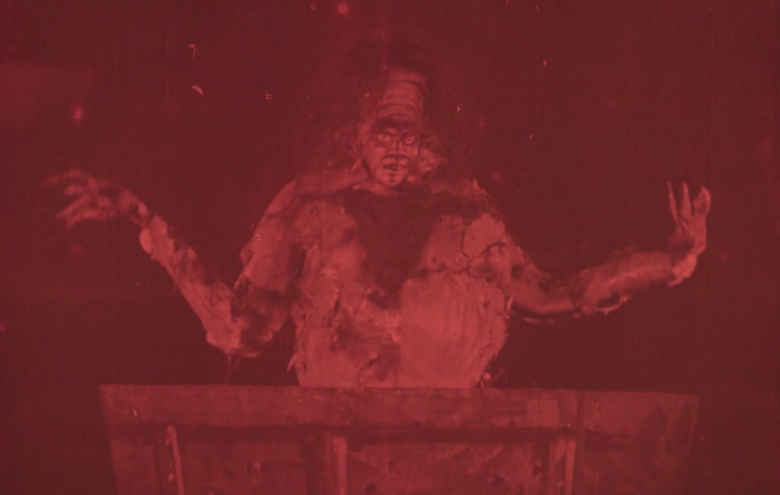 “Frankenstein” isn’t the only “Frankenstein.” James Whale’s 1931 take on Mary Shelley’s iconic novel was beaten to the punch by the Edison Manufacturing Company, which in 1910 produced what a title card describes as a “liberal adaptation” of the story.

It’s described as neither “all that revelatory” nor “especially rare” in a new Library of Congress blog entry, but a newly restored version of the 13-minute short is instead “an instance in which the story of how a particular reel came to be in our collection is more interesting than the film itself.”

Wendi Maloney, who wrote the blog entry, describes how the Library purchased a collection of prints in 2014 that included a nitrate print of “Frankenstein.” Alois F. Dettlaff acquired it in the 1950s and brought it with him to film festivals and monster conventions for decades; a meeting with then-AMPAS president Robert Wise in 1986 failed to persuade Wise to let the Academy preserve and archive it.

“While it came in a fairly nondescript can, it didn’t take us long to get the reel into our film preservation lab for a 2K scan in advance of photochemical preservation. From that 2K scan, we worked on a digital restoration,” Maloney writes of the process.

“The film’s head credits and the first intertitle were missing, but fortunately the Edison Historic Site in East Orange, New Jersey, had a copy of the head credit we could drop into place; the intertitle was recreated using the style of the other titles. We asked Donald Sosin, a highly regarded silent film composer and accompanist, to provide a score.”

It’s now available via the Library’s YouTube channel as well as the National Screening Room, and intrepid readers may watch it below.

This Article is related to: Film and tagged Frankenstein, Library of Congress