"It makes the Battle of the Bastards look like a theme park," Dinklage told Entertainment Weekly about the episode. 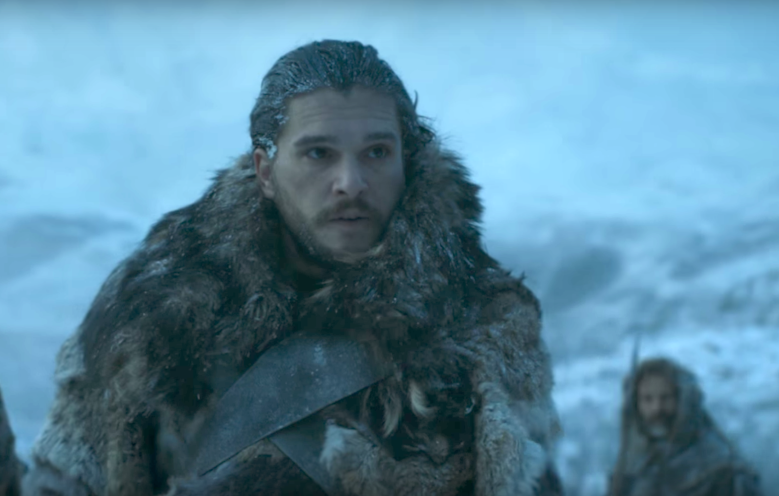 Details on the final season of HBO’s fantasy juggernaut “Game of Thrones” have remained under lock and key for over a year now, but creators David Benioff and D.B. Weiss did manage to pull back the curtain just a bit during an interview with Entertainment Weekly. One thing fans now know for sure is that Season 8 opens at Winterfell with the arrival of Daenerys and her army, and Sansa won’t be too happy Jon Snow has bent the knee to the Mother of Dragons.

News broke in April that “Thrones” was planning a major battle episode that reportedly took 55 days to shoot, more than double the amount of time it took the show to pull off the iconic “Battle of the Bastards” episode. Both episodes share the same director, Emmy winner Miguel Sapochnik, but what the original reports got wrong was the fact that the 55 days were only for shooting the exterior parts of the scene. Sapochnik spent weeks after on a soundstage continuing to direct the battle episode.

“It’s brutal,” Dinklage told Entertainment Weekly. “It makes the Battle of the Bastards look like a theme park.”

The battle will be the long-touted fight between the Army of the Dead and the various characters on the show, and it appears that it’s going to take place at Winterfell. Entertainment Weekly reports the production team had to greatly expand the Winterfell set in order to pull off the episode, adding a “towering castle exterior, a larger courtyard, and more interconnected rooms, and ramparts.” Additionally, the episode-long battle is broken among different storylines with characters having their own arcs within the larger fight.

“Having the largest battle doesn’t sound very exciting — it actually sounds pretty boring,” Benioff said. “Part of our challenge, and really, Miguel’s challenge, is how to keep that compelling. … We’ve been building toward this since the very beginning, it’s the living against the dead, and you can’t do that in a 12-minute sequence.”

The final season of “Game of Thrones” will consist of six episodes, all rumored to run over the 60-minute mark. Back in Season 3, Weiss and Benioff told Entertainment Weekly that because of the scale of this season, they knew they would need to end the series with a six-hour movie split into a trilogy, similar to what Peter Jackson did with “The Lord of the Rings.”

“It’s what we’re working towards in a perfect world,” Weiss said. “We end up with an epic fantasy story but with the level of familiarity and investment in the characters that are normally impossible in a two-hour movie.”

HBO shot down the idea since releasing a movie in theaters would not help them serve their subscribers. Despite killing the idea, HBO execs assured the “Thrones” creators they would one day be able to get the television budget necessary to pull off a final season that rivals a “a summer tentpole-size spectacle.”

This Article is related to: Television and tagged D.B. Weiss, David Benioff, Game of Thrones