Martin is releasing "Fire & Blood" later this month, but fans are still clamoring for his next "Game of Thrones" novel. 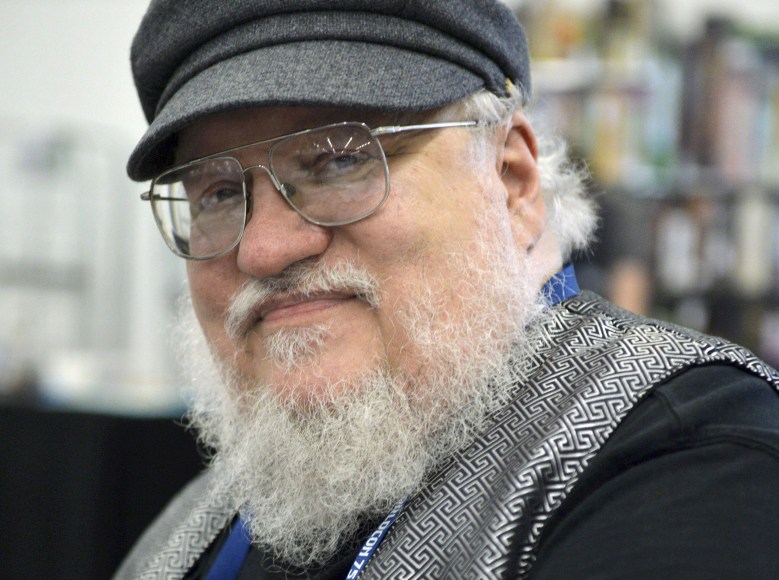 “Game of Thrones” book fans have been waiting over seven years for the release of “The Winds of Winter,” the sixth novel in George R.R. Martin’s beloved fantasy franchise, and it doesn’t appear the book will be ready any time soon. Martin recently spoke to The Guardian about the pressure he’s facing to finish “The Winds of Winter,” and admitted the blockbuster HBO series is at least partially to blame for the novel’s delay.

“The show has achieved such popularity around the world, the books have been so popular and so well reviewed, that every time I sit down I’m very conscious I have to do something great, and trying to do something great is a considerable weight to bear,” Martin said. “On the other hand, once I really get rolling, I get into the world. The rest of the world vanishes, and I don’t care what I’m having for dinner, what movies are on, what my email says or who’s mad at me this week because [the book] isn’t out.”

Martin admitted the challenge over the last couple years has been getting into that “almost trance state” where he can write. While the HBO series has added significant pressure, cracking “The Winds of Winter” is also difficult because of how complicated Martin’s story has become.

“I’ve been struggling with it for a few years,” Martin said. “‘The Winds of Winter’ is not so much a novel as a dozen novels, each with a different protagonist, each having a different cast of supporting players, antagonists, allies and lovers around them, and all of these weaving together against the march of time in an extremely complex fashion. So it’s very, very challenging.”

Martin’s last “Game of Thrones” novel, “A Dance With Dragons,” was released July 12, 2011. The HBO series finished covering elements of “A Dance With Dragons” at the end of its fifth season and famously started going beyond what Martin had already published in the sixth and seventh seasons. Martin gave “Thrones” showrunners David Benioff and D.B. Weiss the plot structure of the entire series, including the ending, and therefore the delay of “The Winds of Winter” has not prevented the show from continuing.

While readers will have to keep waiting for “The Winds of Winter” to hit bookshelves, HBO’s “Thrones” will come to an end in 2019.