Glamour, Oscar talk, and feverish networking went on despite concern from the California wildfires. 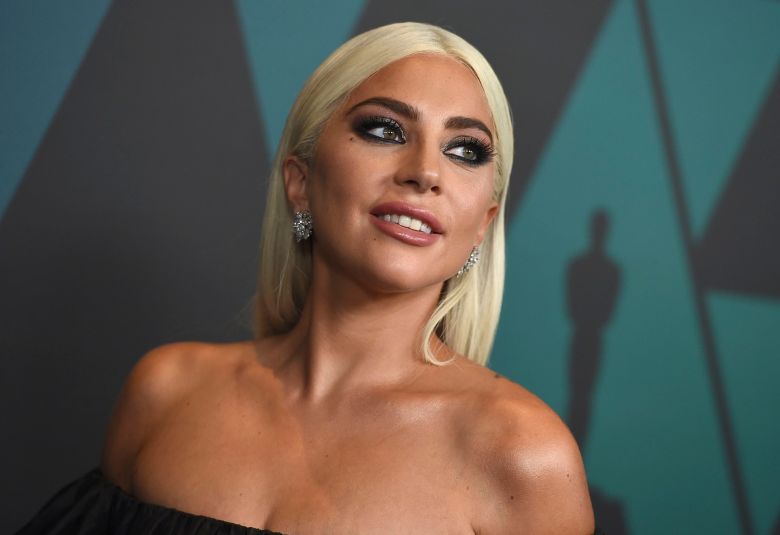 Sam Elliott sat quietly in his elegant tux at the Warner Bros. table, where Clint Eastwood was making “Crazy Rich Asians” star Michelle Yeoh laugh. But the “A Star Is Born” Oscar contender was not in a jovial mood. “The fire came over the Malibu ridge,” he said. He and wife Katharine Ross stayed to save their house by pouring water on it. “But we have no power. This all seems very surreal.” He knows many others who did lose their homes.

The ongoing fires cast a pall over the 10th annual Governors Awards, which is a night for the Academy of Motion Picture Arts & Sciences to congratulate its own without worrying about winning or losing. The Governors Awards celebrated five icons on Sunday night at Hollywood & Highland, but cut back the red carpet to photos only due to the California wildfires. Academy president John Bailey opened the event by acknowledging that Polish cinematographer Dariusz Wolski’s home was destroyed by the flames: “Some of our own history was lost in the same fire, at Paramount Ranch, home to the Academy’s summer screenings of silent films.” 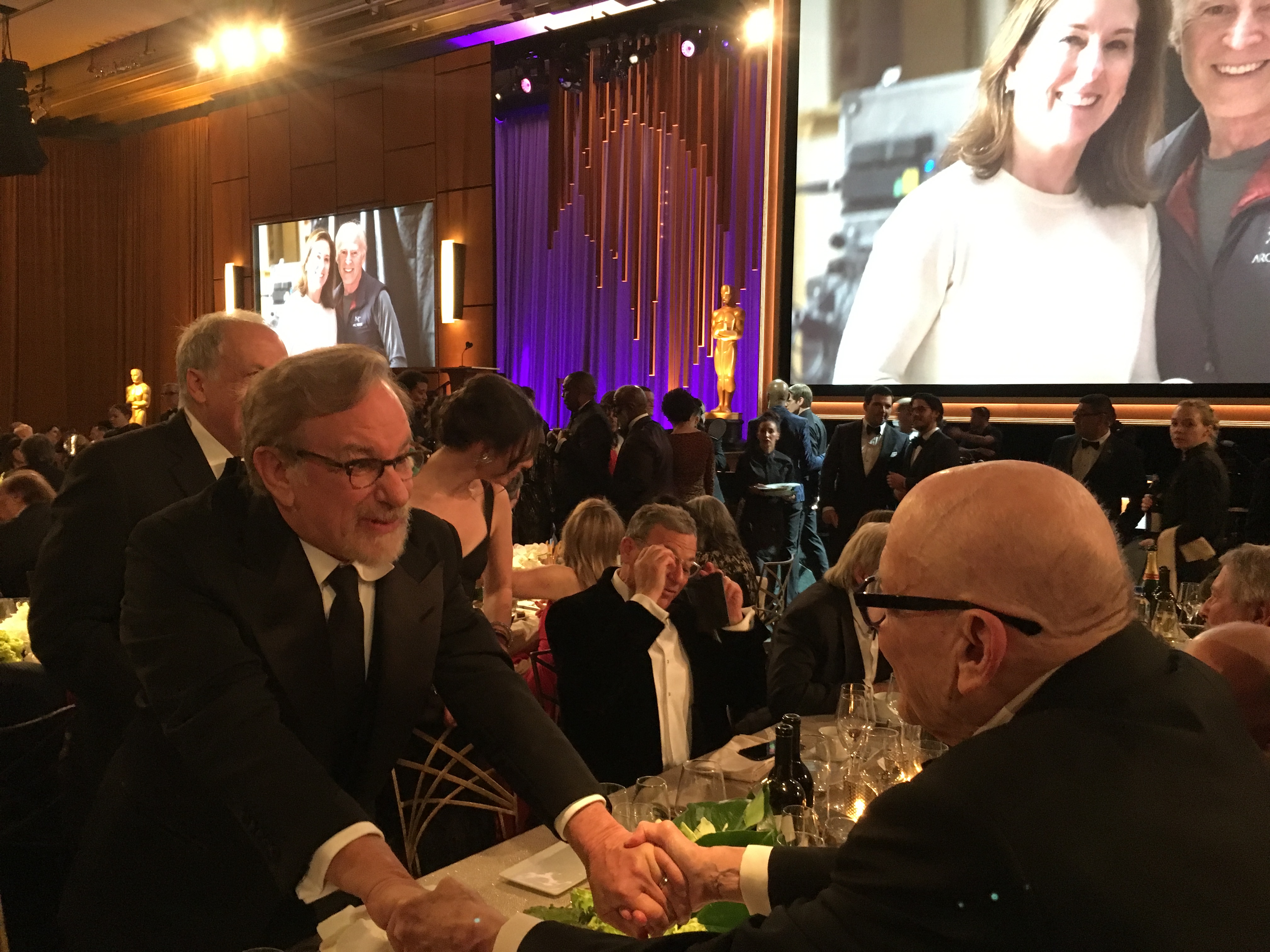 This year’s honorary Oscar presentations were something of a Steven Spielberg family affair as the filmmaker thanked Marvin Levy, his loyal publicist of 41 years, who started working with him on “Close Encounters of the Third Kind” at Columbia in 1977 and stayed through the formation of Amblin, DreamWorks, and Amblin again, as he supported causes from the 1963 March on Washington to the Shoah Foundation. “That’s what we do, we use celebrity to fight for civil rights,” he said.

Read More: Governors Awards Red Carpet Scaled Back by Academy Due to Wildfires 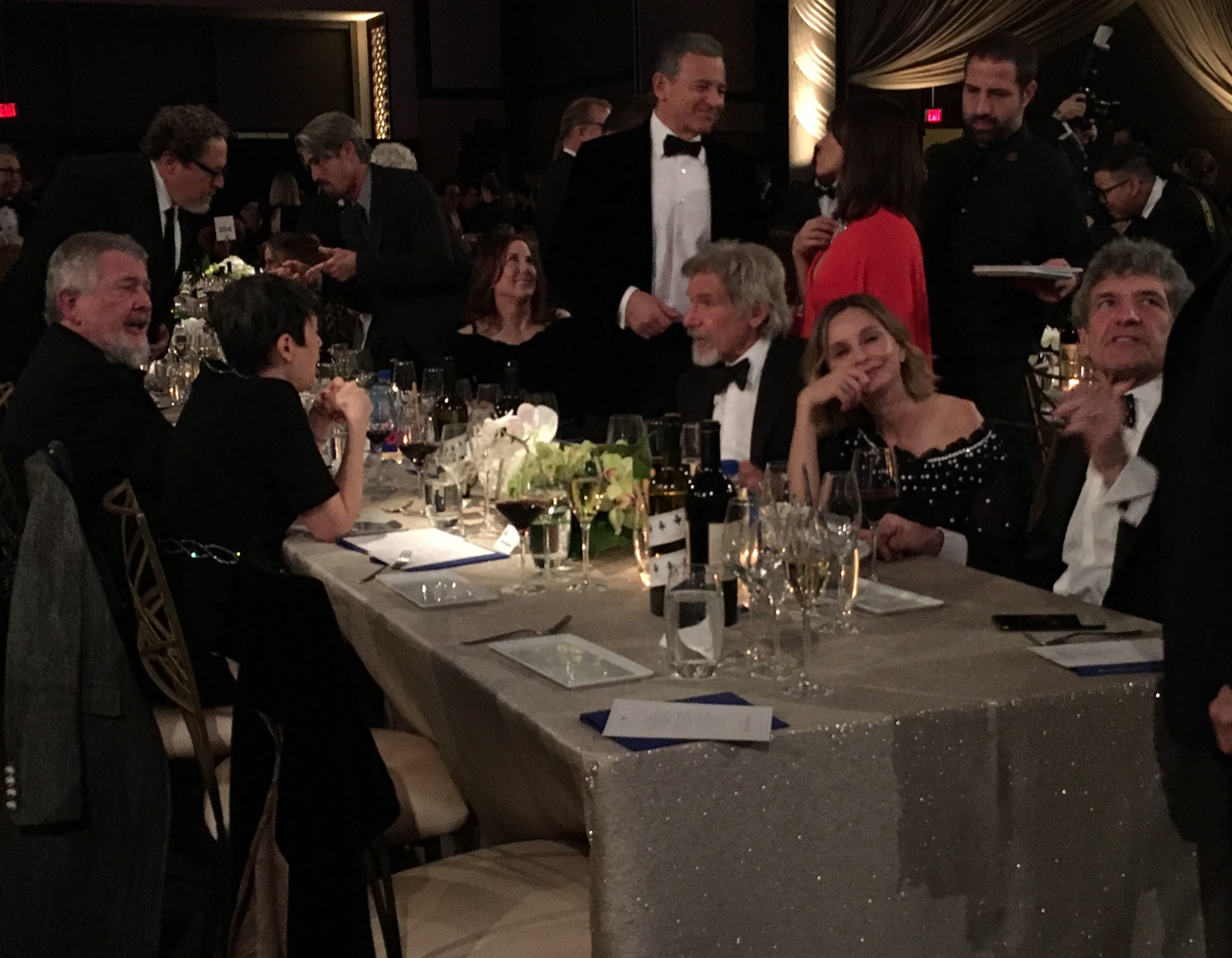 They’re the first married couple (32 years strong) to take home the prize together, and Kennedy is the first woman. They met on the set of “Raiders of the Lost Ark” in 1979 and were professional collaborators before they fell in love. “It was the beginning of a beautiful friendship,” Kennedy said. Who knew that she was one of the “Anything Goes” dancers in “Indiana Jones and the Temple of Doom,” or that Spielberg broke in on her making out with her future husband, becoming a third wheel?

Long before the “Bourne” franchise, Marshall started out helping Peter Bogdanovich make “Targets” and “The Last Picture Show,” while Kennedy began as Spielberg’s secretary. He promoted her when he noticed that instead of taking notes at meetings she tended to take them over with her good ideas. “I’m very proud to be the first woman to receive the Thalberg,” she said, “but not the first to deserve it and definitely not the last.” She addressed the room, saying, “each of us has an obligation that everyone who has a story to tell be given an opportunity.”

The Governor Awards draw such a dazzling crowd partly because powerhouses like Oprah Winfrey, Shonda Rhimes, Quincy Jones, Ava DuVernay, and Tyler Perry want to honor a revered legend like 93-year-old actress Cicely Tyson (“Sounder,” “Roots,” The Autobiography of Miss Jane Pittman”). “To be able to touch just one person is a gift,” she said in her moving speech, without teleprompter. 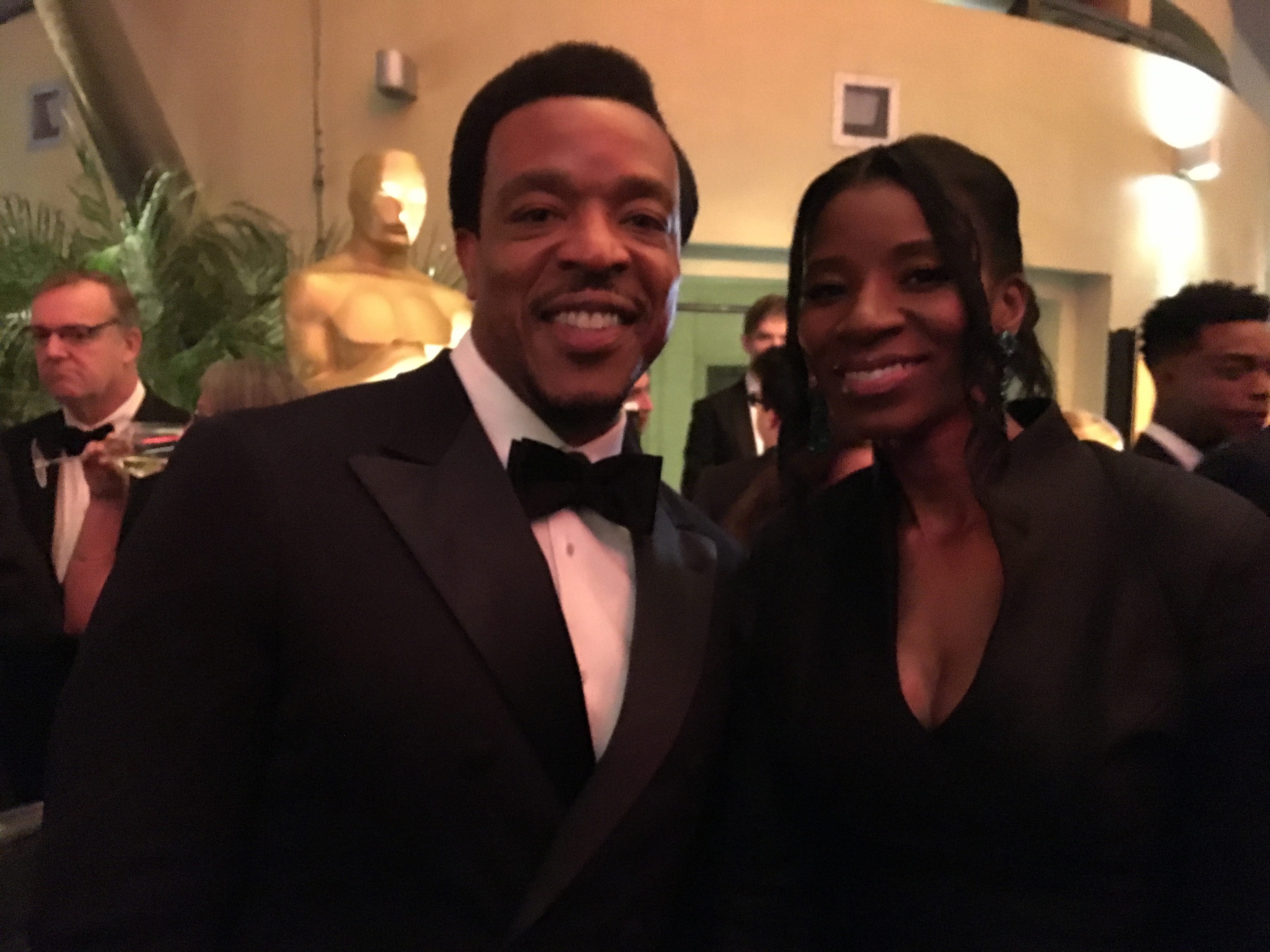 But the event has become a must-attend because every studio and indie distributor in town is happy to fill up their tables with would-be Oscar contenders — it’s like shooting fish in a barrel. And the shifting shape of Hollywood is revealed as well, as Amazon and Netflix attendees spill across the studio landscape. 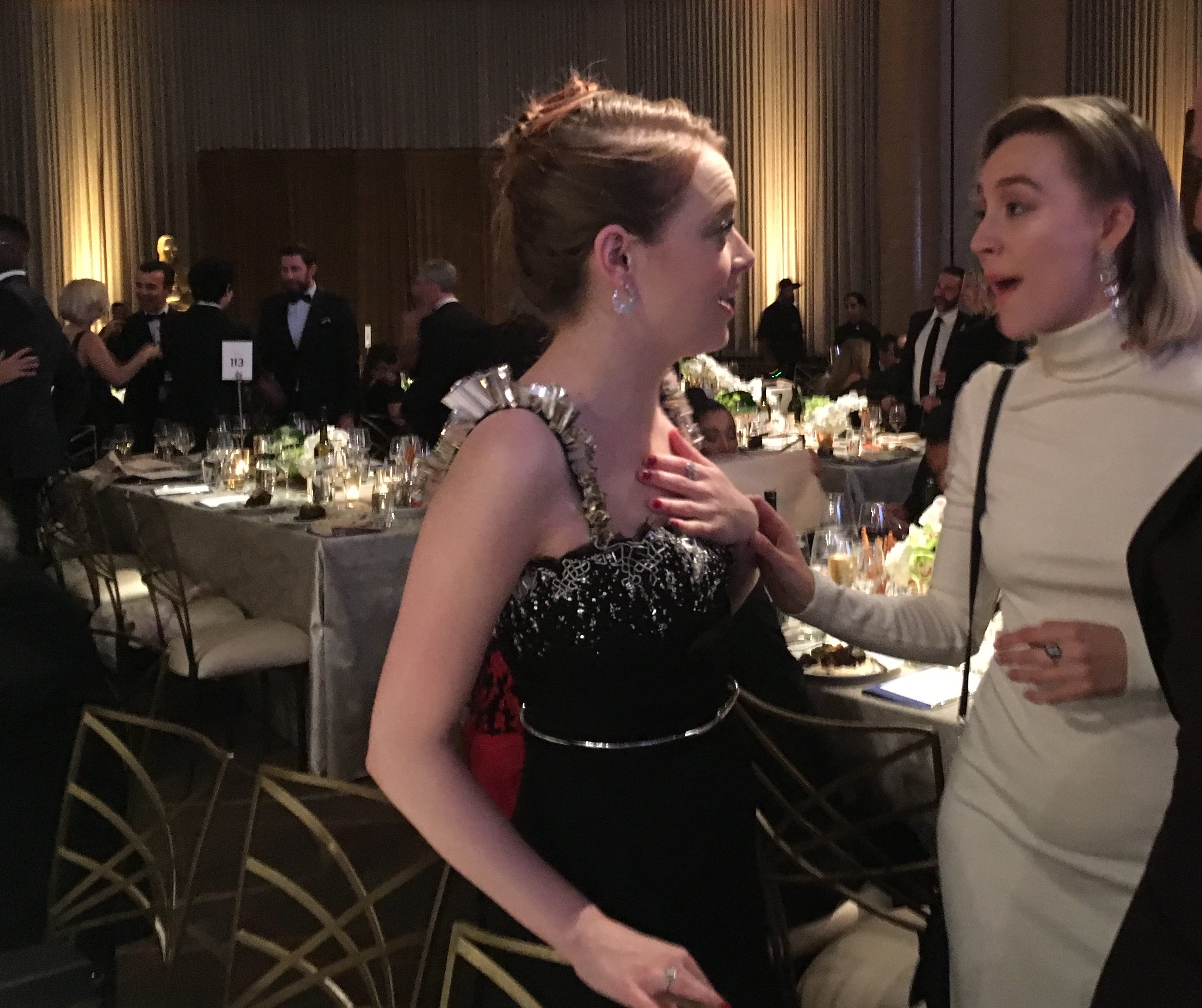 At the Fox Searchlight table, “The Favourite” director Yorgos Lanthimos admitted that while the studio may have wanted him to change a few things in his wickedly dissonant movie, “they never insisted on it,” he said. “I have final cut.” Star Emma Stone was deep in conversation with the star of another costume drama, “Mary Queen of Scots”‘ Saoirse Ronan, written by “House of Cards” showrunner Beau Willimon. Marielle Heller’s “Can You Ever Forgive Me?” stars Richard E. Grant and Melissa McCarthy were roaming the room.

In a strong year for studio product, Disney/Marvel’s “Black Panther” stars Michael B. Jordan, Chadwick Boseman, Lupita Nyong’o, and Danai Gurira were on hand, along with “Incredibles 2” auteur Brad Bird and Emily Blunt (with “A Quiet Place” director John Krasinski) and Lin-Manuel Miranda, whose holiday juggernaut “Mary Poppins Returns” was unveiled this weekend.

Lady Gaga rocked the red carpet and sat with Elliott and the Oscar-contending “A Star Is Born” team. Will the blockbuster stay the frontrunner? Only if someone else doesn’t catch up first. 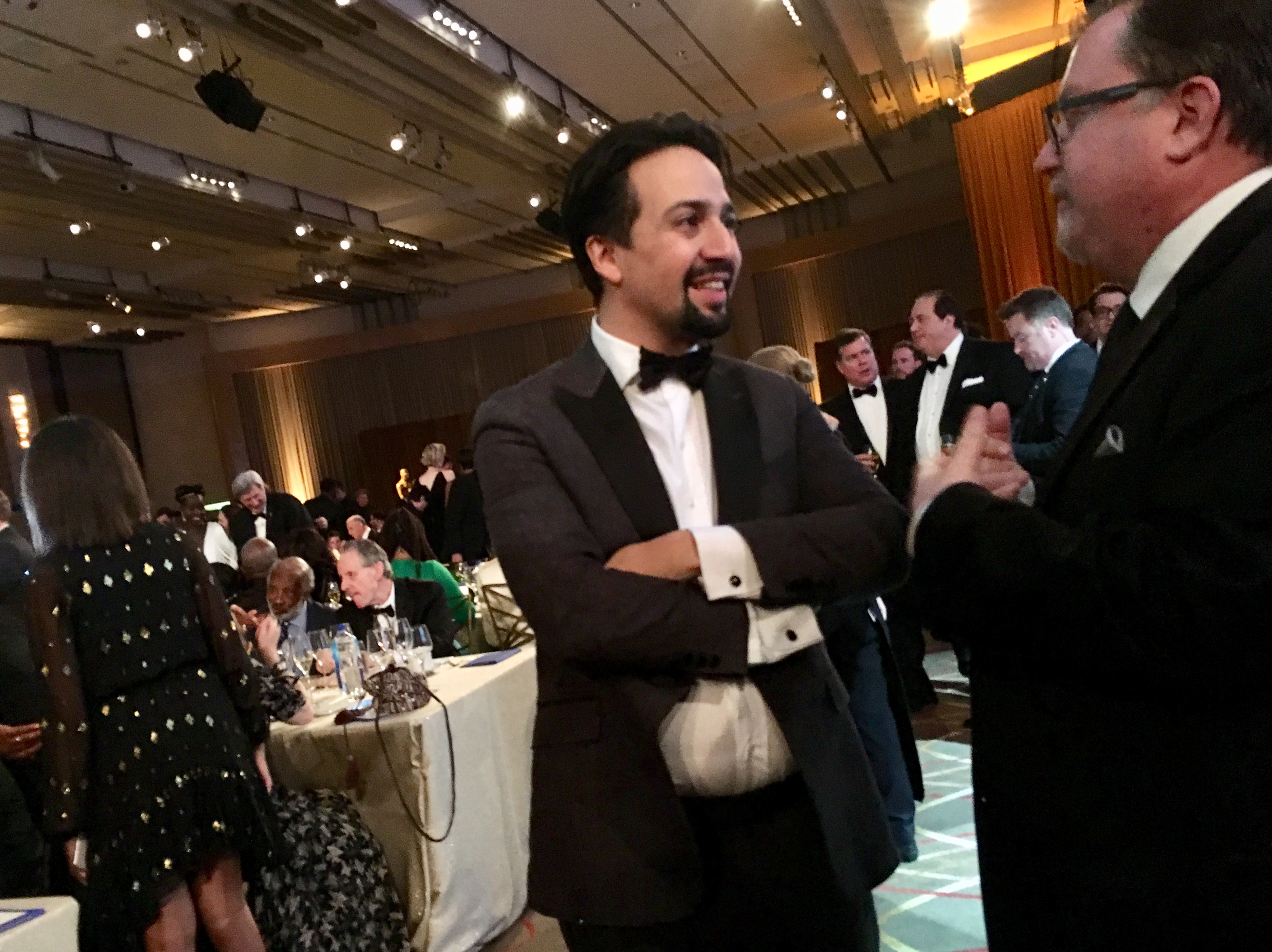 On the Sony side of the room were chairman Tom Rothman with Jason Reitman and Hugh Jackman (“The Front Runner”), and Sony Pictures Classics’ Michael Barker with “The Wife” star Glenn Close and John C. Reilly of “Stan & Ollie,” who was talking to Jonah Hill (“Mid90s”) and Ari Aster (“Hereditary”). 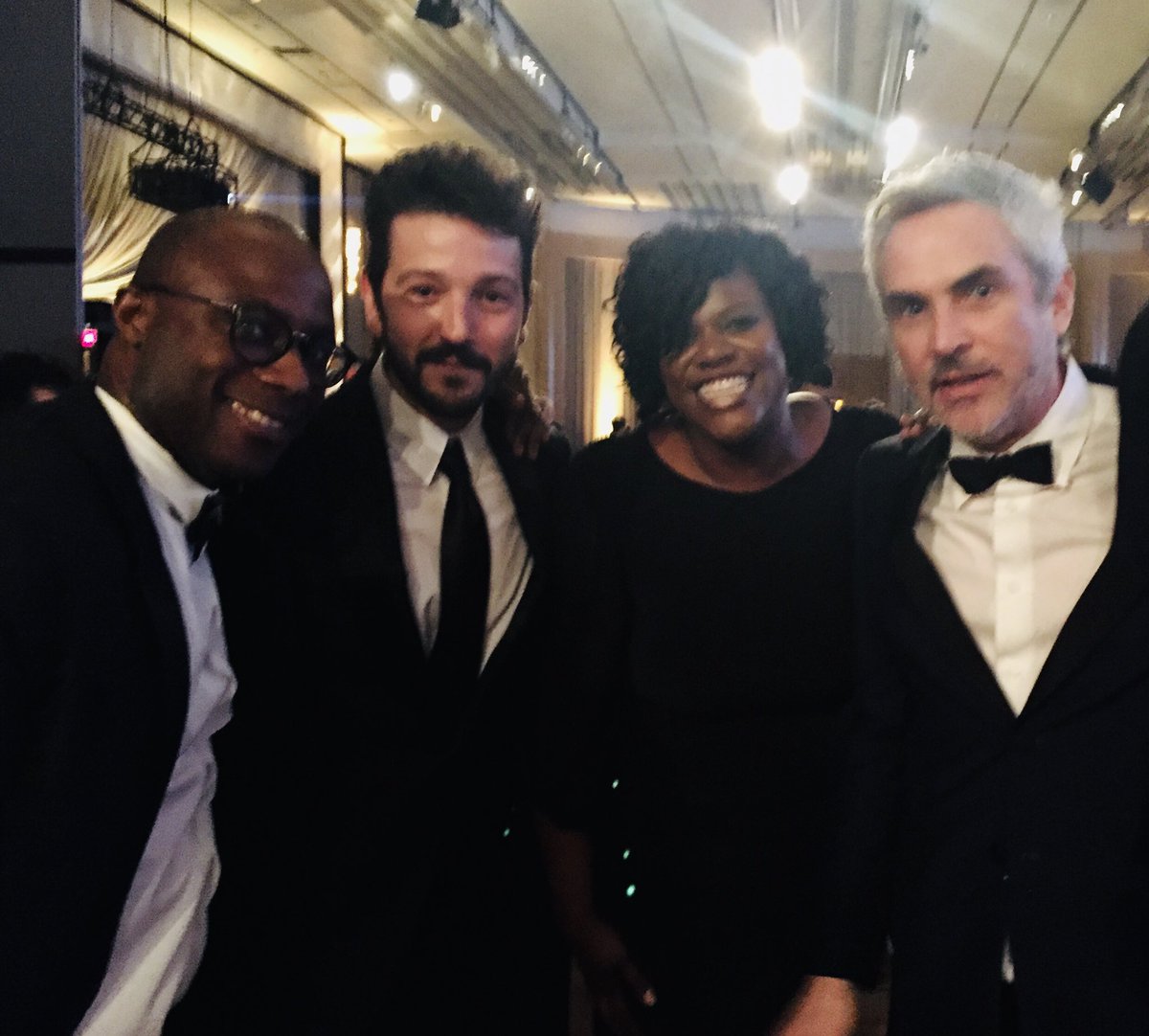 Amazon Studios’ Bob Berney was making the rounds with “Ida” Oscar-winner Pawel Pawlikowski, who admitted that he hasn’t seen his prize-winning “Cold War” since Cannes, as well as Plan B’s box office hit “Beautiful Boy” and its star Timothée Chalamet, who is pulling audiences to see the drug addiction drama.

Bleecker Street’s Andrew Karpen flew in from New York to host writer-director Debra Granik and her 18-year-old “Leave No Trace” star Thomasin McKenzie, who is leaving behind her New Zealand studies to pursue acting full time, as well as “What They Had” stars Robert Forster and Hilary Swank and director Elizabeth Chomko. 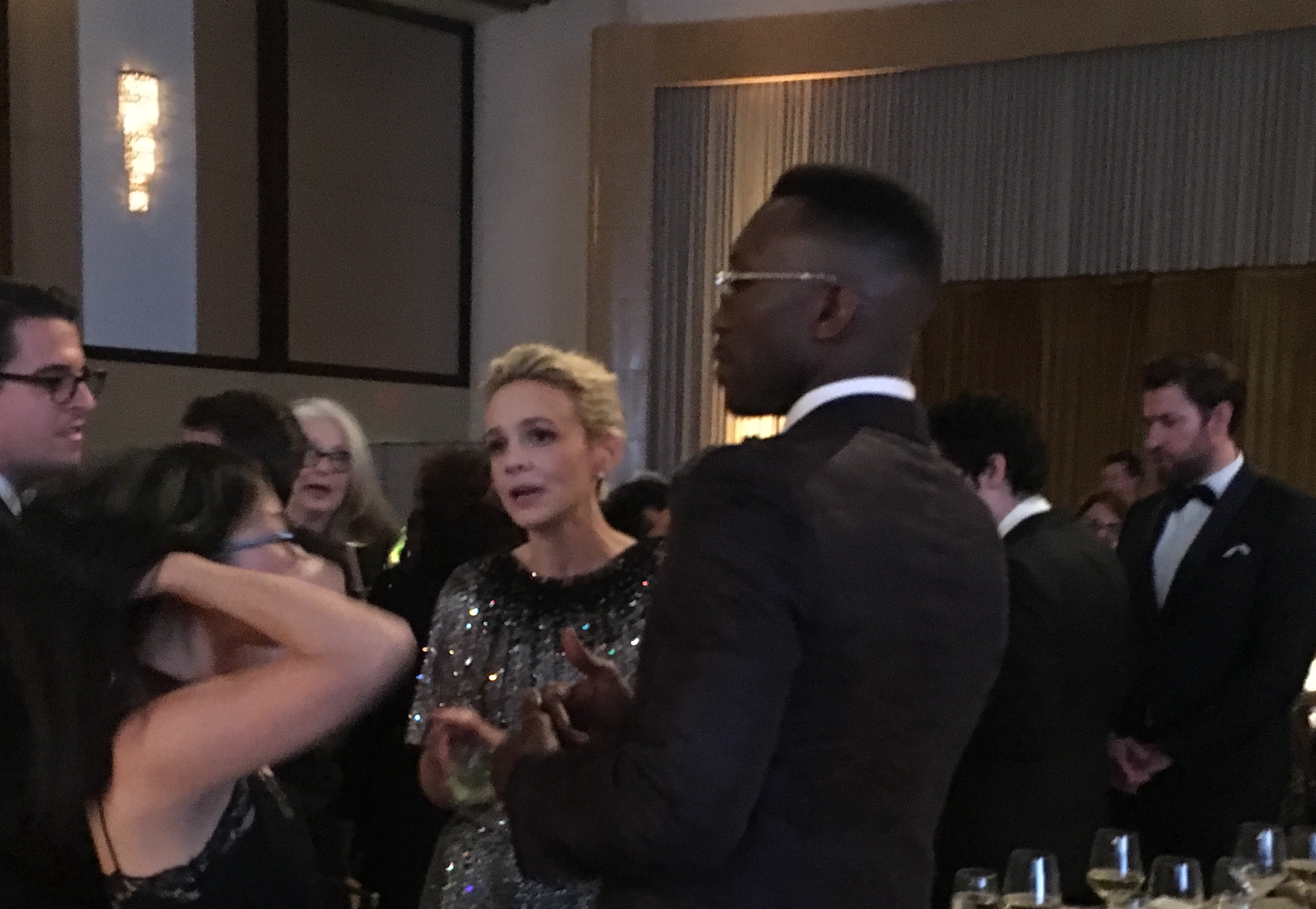 Swank enjoyed watching her “Million Dollar Baby” director Eastwood go rogue, improvising without a teleprompter with fellow octogenarian, Argentinian composer Schifrin, who besides touring with Dizzy Gillespie and composing the “Mission: Impossible” theme, scored eight movies with Eastwood, from “Dirty Harry” to “Coogan’s Bluff.” “Jazz is the American classical music,” Schifrin said. “Music is an international language that does not need subtitles. Getting this Oscar is a mission accomplished.”

A24 brought in “First Reformed” star Ethan Hawke, resplendent in a red jacket, and his fellow Spirit nominee, writer-director Paul Schrader (who said that he wrote the script after Pawlikowski told him to write about spirituality), along with diminutive Elsie Fisher, star of “Eighth Grade” and “Hereditary” auteur Aster who has ten scripts in his trunk and is already finishing up one of them, “Midsommar,” for A24  release in 2019, a dark fairy tale thriller starring Florence Pugh, Jack Reynor, and Will Poulter. 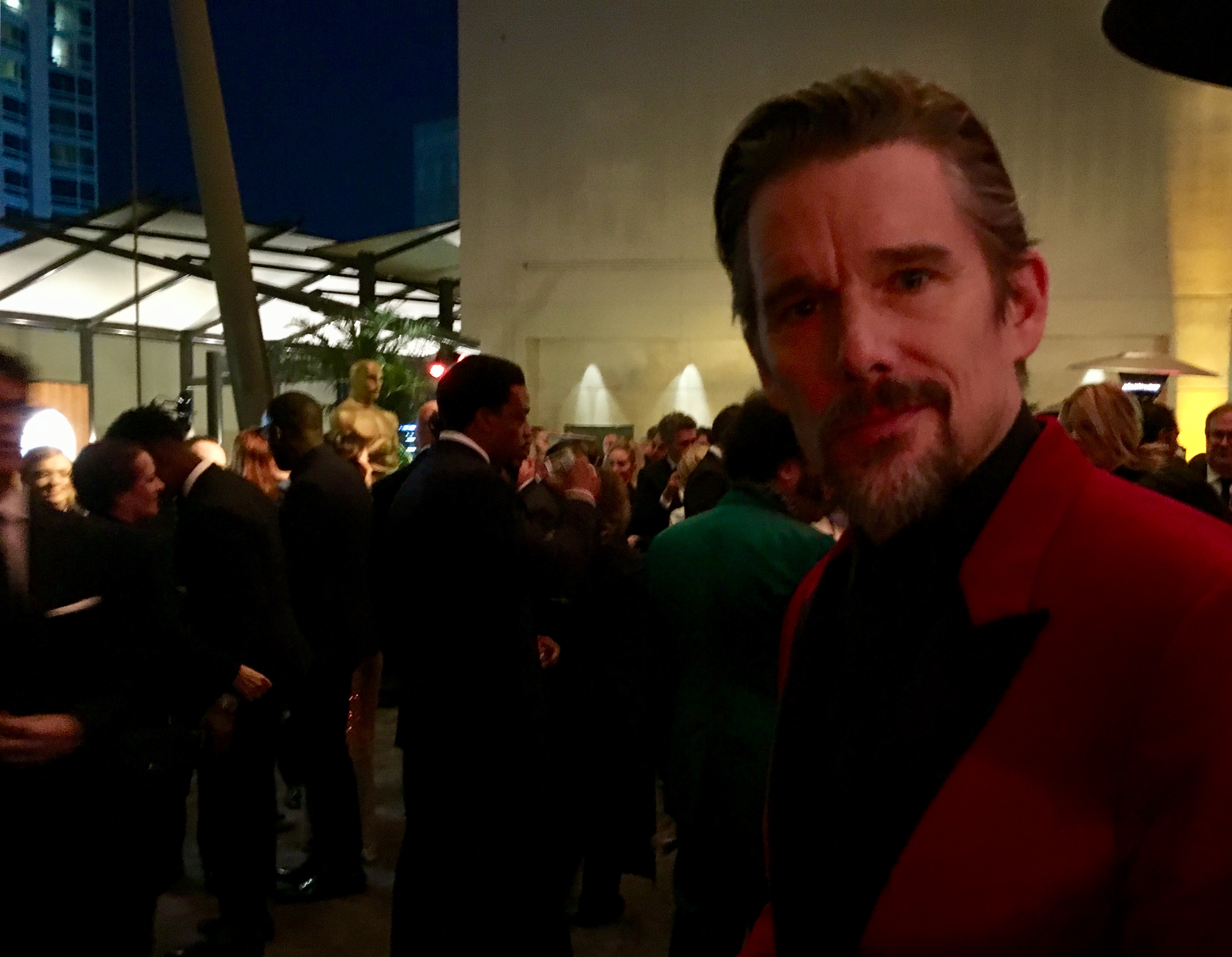 Annapurna hosted “Vice” star Amy Adams and writer-director Adam McKay, who just finished his movie under the wire and screened it this weekend, Barry Jenkins and his stunning “If Beale Street Could Talk” cast led by Regina King, Boots Riley (“Sorry to Bother You”), and “Destroyer” director Karyn Kusama, whose star Nicole Kidman was sitting with her countryman, “Boy Erased” director Joel Edgerton, at the Focus Features table, along with “BlackKlansman” stars John David Washington and Topher Grace and director Spike Lee, who kept springing up to applaud Tyson. (She scored the most standing ovations of the evening.)

Universal chairman Donna Langley, sitting with “First Man” auteur Damien Chazelle, admitted that the studio was hoping awards attention will boost audience interest in “Green Book,” whose writer-director Peter Farrelly was surrounded by people telling him how much they liked the feel-good movie. “Green Book” star Mahershala Ali was hanging with Carey Mulligan, while Viggo Mortensen, who gained 45 pounds to play Copacabana bouncer Tony Lipp, spoke Spanish with Cinepolis CEO Alejandro Ramirez, who wants him to bring the new movie (“Falling”) he’s directing to the Morelia Film Festival next October.

“It might be finished in time,” said Mortensen. (In Mexico, like the U.S., the big chains won’t play Netflix’s “Roma,” which is being shown in arthouse cinemas.)

As the Governors Awards look back at the industry’s highest achievements, in Hollywood, it’s also about grabbing every chance to keep moving forward.

This Article is related to: Awards and tagged Governors Awards, Oscars