Cast member Oliver Jackson-Cohen is going to rain on your parade if you think "Hill House" had a happy ending. 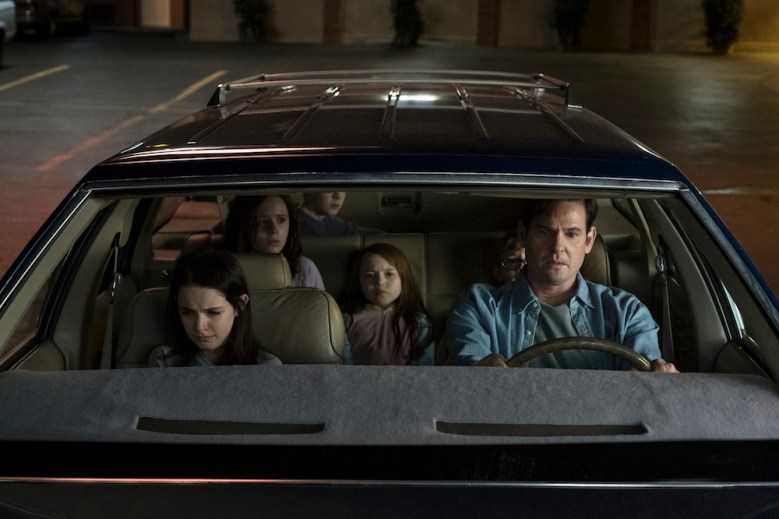 Netflix’s addictive horror series “The Haunting of Hill House” comes to a relatively happy ending given all the terror that occurs to the Crain family throughout the 10-episode season. The finale ends with patriarch Hugh (Timothy Hutton) sacrificing himself so that his adult children — Steve (Michiel Huisman), Shirley (Elizabeth Reaser), Theo (Kate Siegel) and Luke (Oliver Jackson-Cohen) — can escape the eponymous house’s evil red room.

Throughout the series, the red room feeds on the Crain family’s individual fears and desires in order to permanently trap each family member inside the house. The show ends by making it appear the Crain siblings have escaped the house and can now put their horrific experience behind them, but what if that’s not the case at all? The Wrap recently spoke with cast member Oliver Jackson-Cohen about the show’s ending, and he revealed a crucial easter egg that makes the “Hill House” ending far more “Inception”-like than meets the eye.

“There’s this thing that happens when we’re all in the Red Room,” Jackson-Cohen said. “I feel like I have to be careful if I’m saying this right. But whenever each child, each sibling, is in the Red Room, something in the fantasy is red. And it’ll be a very, very small thing. For Luke, when Luke gets taken to the hotel room, he’s worn Converse throughout the show, and all of a sudden his Converse are red. And it’s so slight you can barely even see it. And I think Steven is wearing a red jumper [in his fantasy.]”

Jackson-Cohen mentioned that eagle-eyed viewers watching the finale should pay attention to the ending. The show depicts Luke celebrating his second year of sobriety, long after escaping the red room. However, Luke’s sobriety cake is the color red, which may or may not mean that Luke is still trapped in the red room and never escaped to live a happier life.

“It was Kate [Siegel], who plays Theo, who kind of pointed it out to me — with Luke’s sobriety cake,” the actor said. “She went, ‘The cake is red.’ And on set I went, ‘Oh, my God!’ And she went, ‘I don’t know!’ And I asked Mike [Flanagan], and he went ‘I don’t know.’ And so I can’t tell whether or not I’m just crazy with this — or whether or not it’s something that could have legs.”

Similar to the spinning top in “Inception,” the red sobriety cake in “Hill House” makes the show’s ending an ambiguous mystery. While some viewers will choose to see the glass half full, meaning the Crain siblings escaped, the easter eggs makes it a possibility that the Crain family is still doomed in the house.

“The Haunting of Hill House” is now streaming on Netflix.

This Article is related to: Television and tagged Netflix, Oliver Jackson-Cohen, The Haunting of Hill House