Steve McQueen made an unusual choice for his first post-Oscar feature, but in success it could be a groundbreaker. 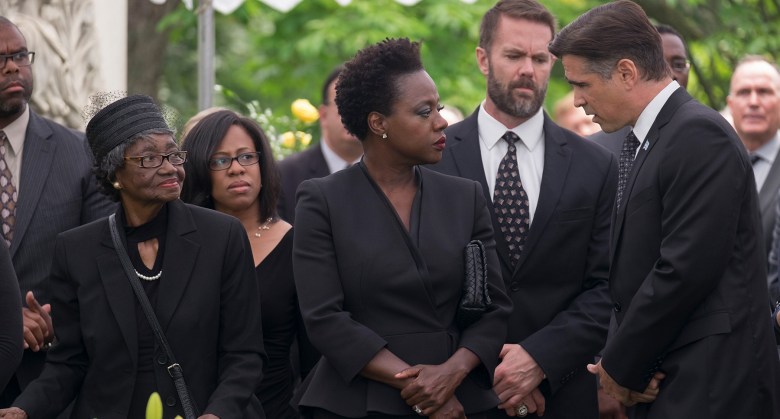 Today, 20th Century Fox opens Steve McQueen’s “Widows.” Budgeted at $40 million, its first-weekend projection is $20 million. That suggests a performance similar to several recent mid-budget studio releases like “Outlander” or “The Girl In The Spider’s Web,” most of which failed to make a significant dent (only “Night School” grossed over $50 million).

However, “Widows” stands apart: The director won Best Picture with “12 Years a Slave,” and star Viola Davis won Best Supporting Actress for “Fences.” It also has terrific advance reviews, prime festival placement, real awards possibilities — and its box office success would have a much greater impact on upcoming production decisions.

With roots in fine art, McQueen has made a big impact in a short time. His 2008 debut “Hunger” about IRA member Bobby Sands was a breakout role for Michael Fasssbender (though it did little domestic business). His sex addict drama “Shame,” again with Fassbender, did better but still very niche business. “12 Years a Slave” propelled him to a much higher level, even as it struggled to gross $60 million (with more than double that in the rest of the world).

Specialized directors moving into the mainstream isn’t unusual, but “Widows” seemed an unlikely choice for his first post-Oscar film. A remake of a British 1980s criminal heist TV series, now set in Chicago? It’s clearly a case of going beyond his perceived comfort zone (at least from a studio’s perspective) and not pursuing the audience that embraced “12 Years.”

The production system encourages creativity, within a narrow range. It’s easier for financiers to visualize a final product if the director does something similar to past work. (See: Kathryn Bigelow following “The Hurt Locker” with “Zero Dark Thirty.”) If “Widows” succeeds, it should strengthen the hands of directors who want to do films outside the box others might lock them in. 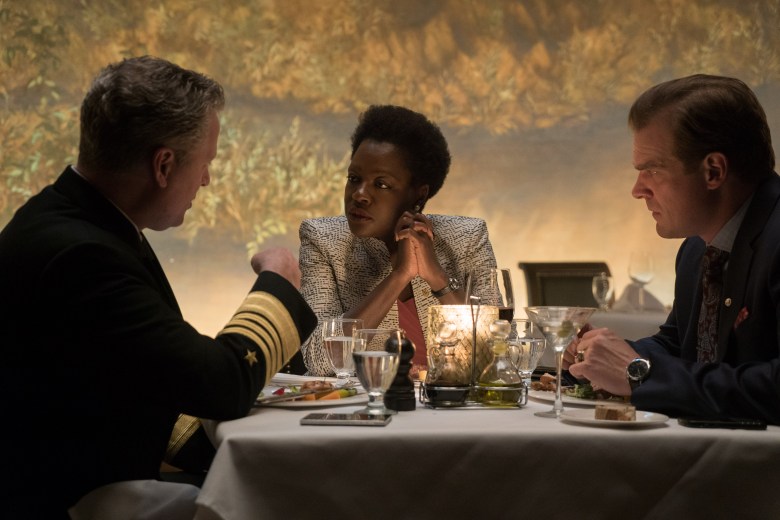 Last month saw Jamie Lee Curtis set the record for biggest opening weekend for a film with a lead actress over 50 — by a big margin. But that was a pre-sold sequel with a release date guaranteed to succeed. Not that Curtis wasn’t a big plus for the film, but the degree of difficulty wasn’t high.

“Widows” marks the first time Viola Davis, at 53, has been top billed in a wide release (she was co-lead in “Fences,” despite Supporting Actress categorization). That’s an achievement that comes from theincredible work that has raised her to a level of respect equal to Meryl Streep. And if this reaches $20 million for its debut, it would treble the openings for Streep’s “Florence Foster Jenkins,” “Ricki and the Flash” and “Hope Springs.”

But what also makes that potential success important is, like her director, this is a different kind of role for her. The storyline — three women who work to locate money that their crime-boss husbands were killed trying to collect — is centered on women who take charge and find strength in working together. The audience makeup remains to be seen, but it could turn out to be as a diverse as the film McQueen made.

Women of all backgrounds seem to be more open to diversity; “Crazy Rich Asians” became a smash because of massive interest from women in general. A strong response for “Widows” would suggest studios should expand their interest in projects that appeal to a wide variety of Americans, particularly adult women. And not just the sorts of projects that seem automatically female-friendly, or led by much younger actresses.

These days, top film creatives often look to Netflix or Amazon for their upcoming projects. The deep-pocketed media giants want to burnish their prestige factor, and are often willing to back less-commercial projects. McQueen has wanted to make “Widows” for many years. It originated in 1983 on Britain’s ITV broadcast network, with 12 episodes over two seasons. With some action, a complex plot, intriguing characters, and a darker vision, “Widows” seems tailor made for streaming. However, McQueen wanted a wide-release theatrical feature.

There’s a rich history for films like his: While based in genre, “Widows” is grounded in the characters’ need to defend their lives. This captures the spirit of a Hitchcock thriller, or of titles like “In the Heat of the Night” and “The French Connection” — and more recently, “Gone Girl” or “Get Out.” Still, a film like this is rare, which means it matters: Studios will track its success like a canary in a coal mine. If this clicks, there will be more.

The studio that made “Widows” is about to be swallowed by Disney, which has thrived with Marvel, Pixar, and the Star Wars franchise. Their homegrown films are largely family oriented: “Beauty and the Beast,” “A Wrinkle in Time,” and the upcoming “Mary Poppins Returns.” What they don’t make are films like “Widows.” Fox has presented a much more diverse release schedule, with variable success, but standalone films like “The Greatest Showman,” “Bohemian Rhapsody,” “Murder on the Orient Express,” and “Hidden Figures” all passed $100 million.

The Disney takeover includes some suggestion that the Fox production apparatus will be used in part to feed the studio’s upcoming streaming service. If “Widows” clicks, it would be a shot in the arm for those who hope projects like this will join an expanded Disney theatrical slate.