Behind the scenes of the unprecedented scoring process and a complete list of the pre-existing music, by episode, used from films like "Carrie," "The Thing," "Vertigo," and "All the President's Men." 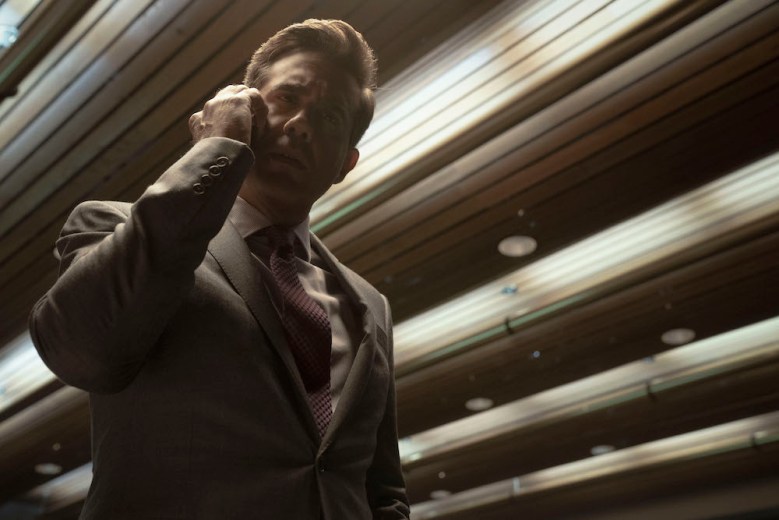 For “Mr. Robot” creator Sam Esmail, classic thrillers were the inspiration to adapt Gimlet podcast “Homecoming” into an episodic series. He wanted to capture the tension and paranoia of films by directors like Alfred Hitchcock, Alan J. Pakula, Brian De Palma, and Stanley Kubrick.

“When we started talking about music, I started to talking to my editors about those classic scores by Pino Donaggio, Bernard Herrmann, John Williams and John Carpenter even,” said Esmail.

However, Esmail didn’t want to use these classic scores as a reference point, or temp music: He wanted to use the actual scores.

“I just started thinking, this is going to be really unfair to ask a music composer to ape David Shire’s ‘Conversation’ theme,” said Esmail. “That’s just ridiculous, or to ask someone to ape Michael Smalls’ theme from ‘Klute.'” 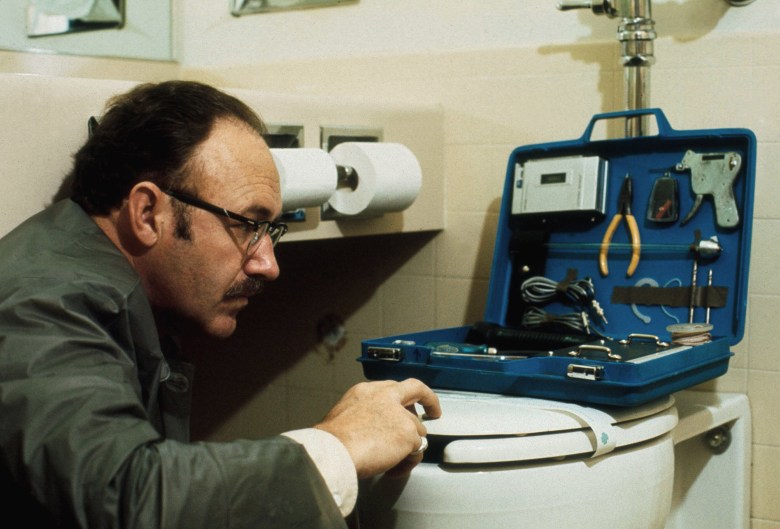 Esmail broached the subject with music supervisor Maggie Phillips when she first interviewed for the job. She found the idea discomfiting. “People have licensed a score piece here or there, but there’s no real paper trail for older scores like there is for the other music we license,” said Phillips. “There was no way of estimating costs, at all, and the people we were licensing from wouldn’t even know. The NBC-Universal clearance team and my team, no one had ever done this before.”

Still, Phillips took the job and it became an extensive research project to determine who owned the scores’ publishing rights, and then the actual recordings. Once that was determined, another journey began: locating the recording and digitizing it for the show. (While there might be obvious appeal in a “Homecoming” soundtrack comprised of the best thriller scores from the 20th century, that was a licensing bridge too far.)

Pre-existing scores meant tremendous time and expense. Sometimes Phillips discovered dead ends, or scores that couldn’t be licensed. Phillips and NBC-Universal also had to work with unions to make sure dozens of session players would be paid for scores they played decades ago. However, Phillips’ bigger concern became the creative side.

“Most editors are used to sending a scene to a composer, and having a composer hit those beats and write to those beats and emotional storylines to make it work,” said Phillips. “On ‘Homecoming,’ the editors, and our one music editor, had to to carve it out of preexisting score written for a different movie. We’d have to combine a few scores, and there were times I had to tell them to replace some scores, because they were too expensive after they had carefully crafted it to work with their scenes.”

As the first few episodes hit the editing room, Phillips and the editors started to see an even bigger creative problem. In the 10-episode series, there are longer, key scenes between Heidi (Julia Roberts), a counselor helping veterans adjust to everyday life, and Walter (Stephan James), a young soldier back from a tour in the Middle East. The show ultimately arcs around their many-layered relationship. 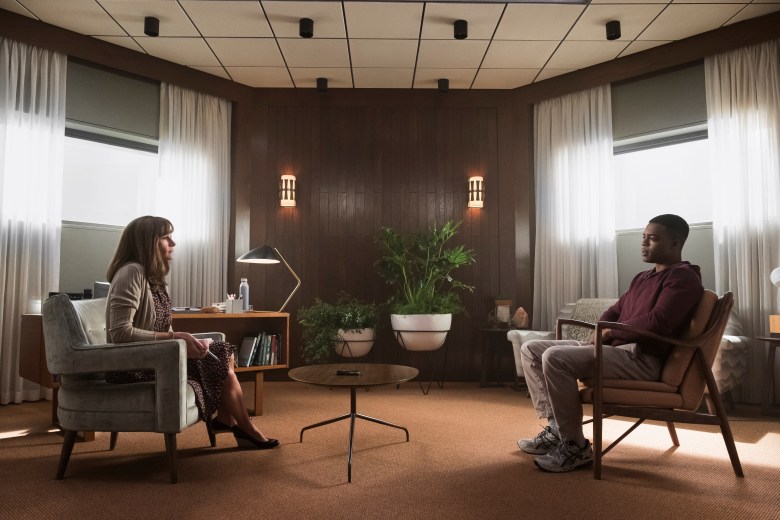 “It’s a weird tone between the two of them,” Phillips said. It’s slightly romantic, it’s a little emotional, but you don’t want to push it too hard. It should be pretty subtle, and the scores that we were using were really big scores… a lot of these things we found to put under those scenes felt very heavy handed.”

Often, published scores don’t include quiet moments of “underscore,” but rather the showy moments of action, drama, and emotion. Phillips started to doubt the feasibility of using entirely pre-existing scores.

“I called one of the producers and I was like, ‘I really don’t know if we’re going to be able to do this,’ and it was mostly because I was trying to help the editors find stuff for that first scene between Heidi and Walter,” said Phillips. “So they sat down and talked to Sam, I wasn’t there, and Sam was like, ‘Absolutely no. I want all pre-existing score.'”

Esmail recalled the moment he realized there was no turning back on his concept. “Music is everything to me,” said Esmail. “It’s the heart and soul of a movie or TV show to me because it can be such an injection of tone, and I think tone is everything to a story. So I just took a moment and said, ‘We should embrace this.’ This is too critical for me to ask someone to be derivative, which is also not very fair to them, but also, I wouldn’t want that. I would always constantly compare it to the real thing, and just thought it was so critical to the kind of tightrope walk that we’re doing with tone in the show that I just thought, ‘Let’s just go for it.'”

Phillips agrees that using older scores as temp music would have been a mistake. Music supervisors and composers refer to this as “temp love,” in which creators fall in love with the temp music and ask composers to mimic it. Like many, Phillips believes it’s not only a horrible way for a director to collaborate with a composer, but it’s also why so many scores in the last 15 years sound the same. 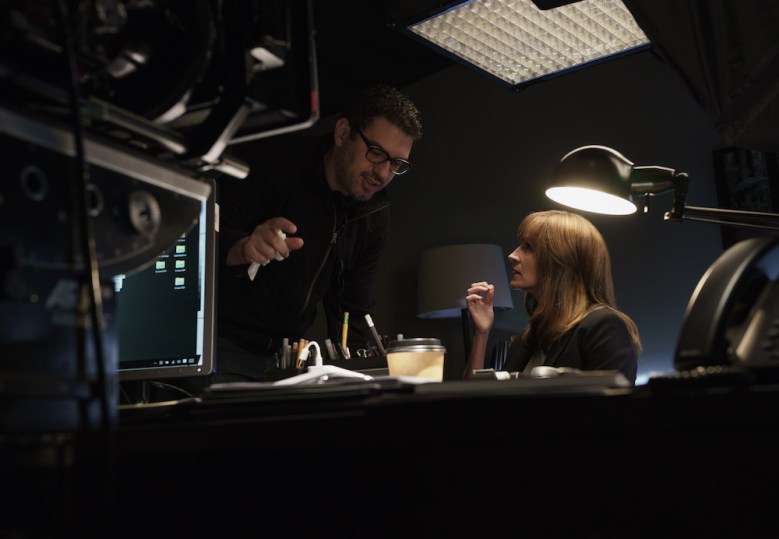 Sam Esmail and Julia Roberts on the set of “Homecoming.”

Phillips did get Esmail to use a few more modern scores for the show’s quieter moments. She also established a “No YouTube” rule for the editors: Not only were many scores pulled off the internet knock-offs that wouldn’t match, Phillips also wanted to secure the original recording before the editorial team started cutting to it.

Now that she has the final product, Phillips is impressed by how organic the music feels to the show, and the future possibilities for television scores.

“You don’t hear scores this big in TV, and it added so much of the tension,” said Phillips. “It’s a thriller, but it’s a slow burn. It’s not like you are wondering what’s behind the corner. The scores make it feel very thematic and heighten the tension and add to that edge-of-the-seat feeling you’re getting while you watch it. I don’t think it’d be like that without that big dramatic score on top of these scenes.”

So would she recommend using pre-existing score to other creators? “No,” laughed Phillips. “This ended up working because it was so organic to how Sam saw the show and shot the show. He’s a crazy genius, who was backed by a producing team willing to spend the money to see the process through.”

Below is list of the scores used in “Homecoming,” by episode.