"I don’t know how to put it into words," Kelly told Vulture about his emotional response to the series' final moment. 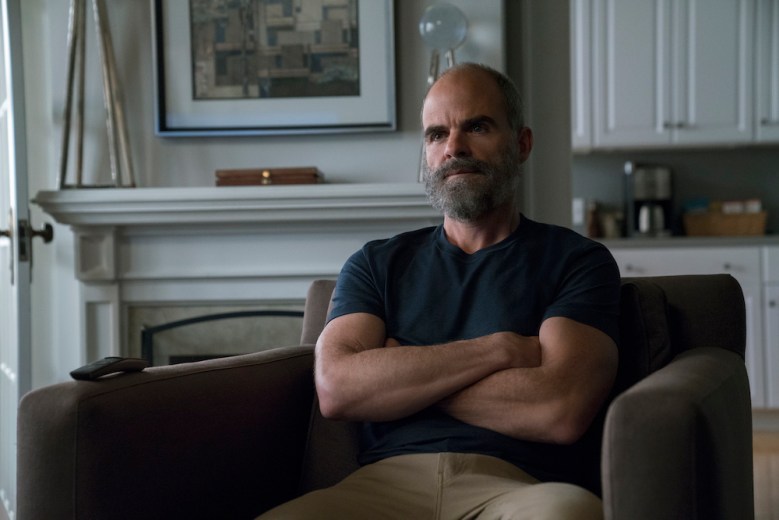 Michael Kelly in “House Of Cards”

The final season of “House of Cards” has been available to stream on Netflix for less than week, but numerous fans have already devoured the last eight episodes and are now divided over where the series leaves Claire Underwood (Robin Wright) and Doug Stamper (Michael Kelly). The show’s final moments depict two major shockers: Doug is revealed to be Frank’s murderer and Claire ends up murdering Doug. The final shot of the series is Claire holding Doug’s dead body.

Speaking to Vulture, Kelly revealed he only found out himself that Doug killed Frank when he was filming the penultimate episode. Doug decides to kill Frank after he discovers Frank intends to kill Claire. Doug’s main motivation throughout the series was to protect and uphold Frank’s political legacy, which is the reason he took matters into his own hands and killed Frank before the president had the chance to ruin his career.

“When they came to me with that one, I was just like, ‘Oh my God,'” Kelly said about finding out Doug killed Frank. “It was like when [Beau Willimon] came to me [in the third season] to tell me Doug was gonna kill Rachel. That he had to. I was like, ‘I don’t wanna, but I know it’s right. It’s what the character has to do.’ And this was that same feeling. It was one of those feelings. It almost gave me butterflies. It was, like, ‘Of course, he would do that.’ But it’s also the last person you would think to do it.”

Showrunners Frank Pugliese and Melissa James Gibson originally only told Kelly that Doug was Frank’s killer, not that Doug would wind up being a victim of murder himself. When the Claire twist was revealed, Kelly said it was “another big range of emotions.”

While the big finale twist is proving polarizing, Kelly stands by Doug’s death. “For Doug, there is a certain sense of relief,” Kelly said. “He’s finally at peace. And she says it. Going back to episode one of the show when Frank said that to the dog, ‘There, no more pain.’ For him, that’s it. He’s no longer in pain. He’s no longer battling his demons. He’s no longer having to live this life that he’s lived.”

Gibson previously spoke about the finale choices and similarly referenced the show’s pilot where Frank murders a dog. “It was a little bit of a bookend to where the series started,” the showrunner said, “With Francis mercy-killing the dog and then looking at us and embarking on that relationship with us. And you know, there’s that final look of Claire’s at the end.”

The final season of “House of Cards” is now streaming on Netflix.

This Article is related to: Television and tagged House Of Cards, Michael Kelly