The Spanish-born filmmaker is on a mission to portray underrepresented stories, and so far, he's doing it just right. 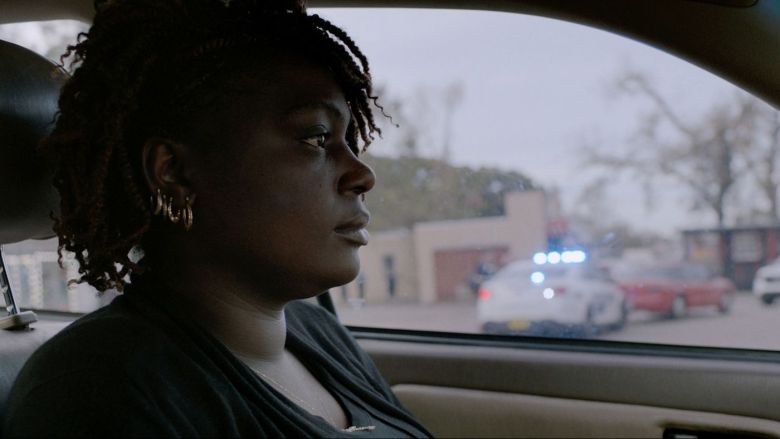 Spanish-born filmmaker Antonio Méndez Esparza’s second feature, “Life and Nothing More,” is a sensitive portrait of an African-American working class family struggling on the margins of society. In a tense climate teeming with fiery debates over authorship in race and representation in film and TV, it’s hard to ignore that the movie has been made by an outsider. But Esparza knows this space well: His first feature, “Aquí y allá,” captured a working class* Mexican family in Mexico. He has embraced the challenge on both occasions.

“I’m always questioning my own subjectivity, my own perspective,” he said. “If you look at both of the films I’ve made, I only focus on what I see, which I admit could render me blind to certain things, but, as an outsider, that was my only solution. I have to approach each world like I am a total stranger to it, because I am.”

Read More:  ‘Life and Nothing More’ Review: A Raw and Riveting Drama About a Single Black Mother Trying to Move Forward

Méndez Esparza said he identified as a Marxist filmmaker and believed films should be political; his attempts to fairly portray the struggles of people from underrepresented facets of society stems from that conviction.

“The issue of representation has always been important to me,” he said. With “Aquí y allá,” he wanted to make a movie that would appeal to Mexican immigrants as much as viewers from the region depicted in the film. “I’m using film to try to reset the present reality,” he said, “challenging myself and the audience on issues of representation, whose stories we are choosing tell, and whether we’re justly telling them.” 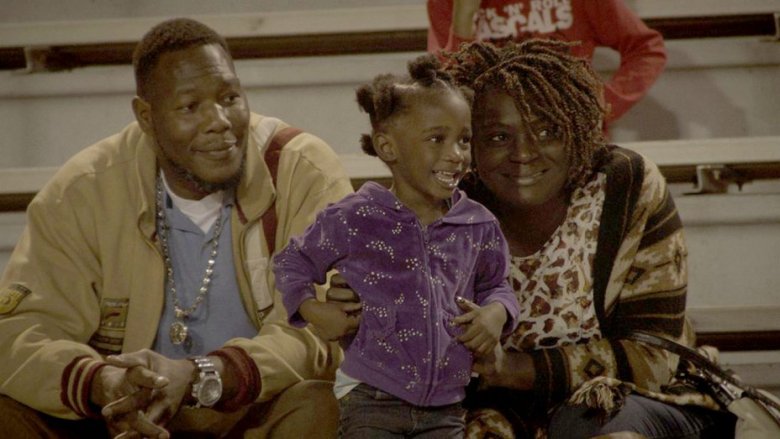 Méndez Esparza said he has embraced the challenge. “With each film, I’m entering a world that I don’t know,” he said. “I just want to observe and depict reality. And the more I learn, the more I want to keep looking and learning. Accepting my own blindness has been a very personal process.”

In “Life and Nothing More,” single mother Regina (Regina Williams), stressed by the mounting pressures of raising two children and fighting to get by on minimum wage, longs to find more to her life than constant work, while attempting to instill in 14-year-old Andrew (Andrew Bleechington) the values that she hopes will prevent him from winding up in prison like his father. Andrew yearns, too, for his absent father and a sense of purpose, driving him towards a dangerous crossroads that threatens to upend the tenuous balance Regina endeavors to maintain.

Méndez Esparza employs documentary-style realism for an emotive snapshot of race, class, and the American justice system, as well as the bonds of family in contemporary America. The film was set in northern Florida, which is often a flashpoint for issues of race and class in the country.

According to Florida’s Circuit 2 Juvenile Quarterly Data Report, more than 80% of those booked from January to March 2016 were African-American, with nearly 50% being between the ages of 12 and 15. Of these children, 65% come from single-parent families and 40% from families where at least one parent is, or has been, incarcerated. This is a reality replicated throughout the country, and one the film attempts to scrutinize.

Méndez Esparza spent two years working on the movie, with a heavy emphasis on the casting process. That collaborative process endowed the film with a potent naturalism. On the set, the script was merely a blueprint for the actors to find their way. He entered the process with renewed confidence that he gained from his debut. 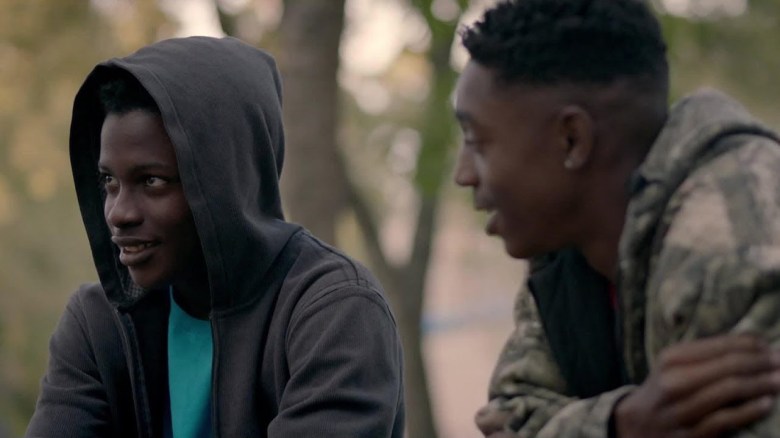 For his feature debut, “Aquí y Allá,” Méndez Esparza found leading actor Pedro De los Santos in a grocery store, where he worked as a stocker in New York City. He spent the rest of the year combing the city for more of the cast, in the hopes of highlighting the lives of real working-class Mexican immigrants. “It was a long tasking process, over six months of me going to places, every restaurant, every agency for immigration, many places, meeting different people,” said Méndez Esparza. “We met a few people that didn’t work out, and then I decided to focus on just supermarkets. And I finally found him in the Fairway on 74th street in Manhattan.”

The filmmaker developed a great friendship with De los Santos, and together the pair first made the award-winning short film “Time and Again” (2009), which the feature is based on. Then, De los Santos returned to Mexico to be with his family. Méndez Esparza followed him there, camera in tow. “Months after he left, I went to Mexico to see how he and his family were doing,” Méndez Esparza said. “That is when I wrote the film that would be about his return, which is what the story became — a fictionalized account of his personal journey back. And then we worked together to develop the characters and the scenarios.”

The filmmaker would employ that same strategy for “Life and Nothing More,” crediting his wife, a single mother before they met, as inspiration. “I have always admired the strength of single mothers, and wanted to tell a story that depicted that,” said Méndez Esparza. “I wanted her to be a working class mother, and I started interviewing single moms in Tallahassee, where I live, and kids in the local school system.”

It’s an exercise that the filmmaker said introduced him to realities that he would decide to tackle in the film. “The subject of incarceration seemed an unapproachable one to me,” Méndez Esparza said. “But then, school, after school, interview after interview, there was this constant — a missing parent. And that’s when you start to investigate and you feel that you have a responsibility to tell the real story. It was the same with the criminal justice system. The more I researched, the more it became part of the film. In these situations, the details and words all come from the actors. For me, filming was a constant conversation with them.”

The filmmaker also established dialogue with local judges, public defenders, educational and counseling professionals, as well as other key personnel involved in the legal system, helping to ensure that the film was as true to life as possible.

So far, his methods have yielded considerable critical acclaim for both features, including near-universal praise for “Life and Nothing More,” which boasts a 93% rating on Rotten Tomatoes. IndieWire’s David Ehrlich called it “raw and riveting.” The film also picked up the John Cassavetes Award at the 2018 Film Independent Spirit Awards, while Regina Williams was nominated for Best Female Lead.

Currently in limited theatrical release following an October 24 opening, “Life and Nothing More” was acquired by CFI Releasing in late 2017, with an initial June 2018 release date eyed. The company’s executive director Mark Fishkin acknowledged the challenges in selling a stark realist film like “Life and Nothing More,” but said the movie left an impact on viewers that bodes well for word of mouth as it expands to more markets. “What has been really fascinating is to watch people’s responses when they come in,” Fishkin said. “I’m a huge fan of Italian neorealism, and that certainly was one of the most immediate things that attracted me to it, but its ability to create empathy without really banging you over the head with the message is one of its strengths.”

Méndez Esparza said he wanted to continue telling stories focused on marginalized aspects of modern society. “I make films to understand realities unlike my own,” the filmmaker said. “I don’t start a film with self-reflection but with curiosity, admiration and a sense of the political nature of film. I am a stranger here in the United States, and a stranger to the world of the film’s characters. I am the guest of my non-professional actors, and they will guide me. And this is a privilege for me.”

CFI Releasing expands “Life and Nothing More” this weekend to Seattle’s Northwest Film Forum and the Pickford Film Center in Bellingham. For future playdates, visit cafilm.org.