NASA is offering an inside glimpse into mission headquarters as the InSight lander attempts to reach Mars' surface. 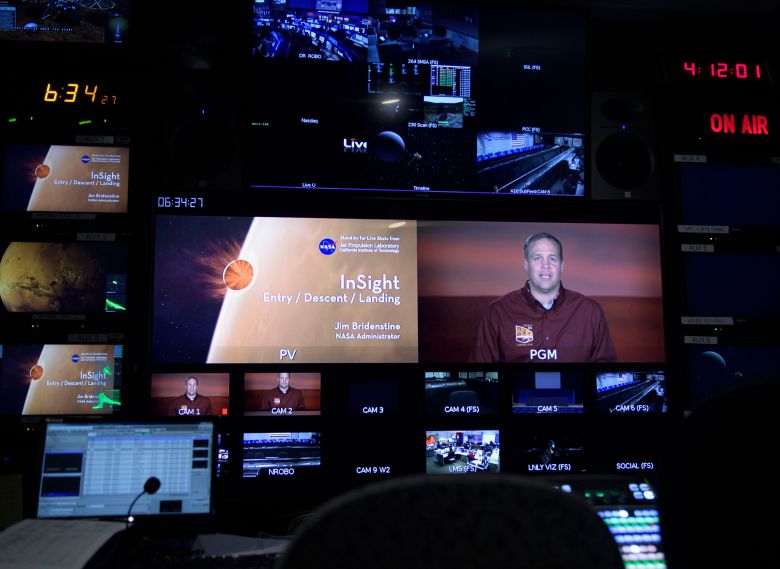 It’s been six years since the last NASA mission that put a spacecraft on the surface of Mars. Today, the team behind InSight hopes to reset that clock back to zero.

Anyone interested in watching the events unfold from where some of the most important decisions are made can follow along on YouTube. The official NASA Jet Propulsion lab is hosting a livestream from inside the vaunted JPL control room, as the InSight approaches Martian ground. Think of it as C-SPAN for space. (C-SPACE…?)

Though Twitter was around for the August 2012 Curiosity landing, this landing day also serves as the culmination of Vice’s “The New Space Race,” a series that’s been broadcasting live on the platform twice a week since the middle of October. To cap off the season, they will also be live from JPL as InSight enters the final stages of its journey.

For those who care to get their interplanetary explorer news straight from the anthropomorphized source, NASA’s been maintaining a day-by-day update on the lander’s official Twitter account:

It’s almost time! In less than 15 hours, I’ll plunge through the #Martian atmosphere. But before I do, my team tweaked my flight path one last time to ensure I’m on track for my #MarsLanding tomorrow. Read: https://t.co/6ekCBE2vUW pic.twitter.com/HiejIwCoHb

Anticipating that anyone watching will likely have a number of questions about how a giant hunk of metal and on-board computer systems can make a safe entry into Mars’ atmosphere, NASA has also put together a helpful explainer of how InSight plans its historic touchdown. It stars JPL chief engineer Rob Manning (who’s probably had a pretty busy last 48 hours):

Science! Diagrams! Charts! This is what the country needs to get us all back into the flow of things after the short holiday week.

If all of that isn’t enough to whet your pre-landing appetite, NASA has also included in the InSight launch in its “Countdown to T-Zero” documentary series. The latest episode, which premiered last week, is available to stream below:

This Article is related to: Television and tagged NASA, The New Space Race, Vice