The comedian fired back at Trump after he mocked her once again for last year's White House Correspondents' Dinner. 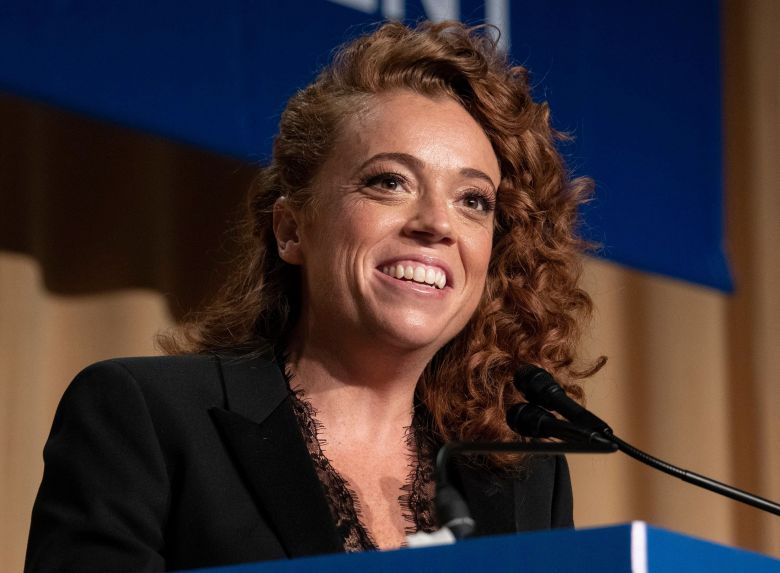 When Donald Trump comes for Michelle Wolf, Michelle Wolf comes for Donald Trump. The president reacted on social media to the news that the upcoming White House Correspondents’ Dinner won’t feature a comedian by blasting Wolf, who hosted earlier this year. Pulitzer-winning biographer Ron Chernow is hosting next year.

“So-called comedian Michelle Wolf bombed so badly last year at the White House Correspondents’ Dinner that this year, for the first time in decades, they will have an author instead of a comedian,” Trump wrote to his nearly 56 million Twitter followers. “Good first step in comeback of a dying evening and tradition! Maybe I will go?”

Wolf got wind of Trump’s tweet and decided to respond with a ruthless comeback: “I bet you’d be on my side if I had killed a journalist.”

I bet you’d be on my side if I had killed a journalist. #BeBest https://t.co/bZ91Cg0QCr

Wolf was responding to Trump’s support of Saudia Arabia and Crown Prince Mohammed bin Salman in the wake of the murder of Washington Post journalist Jamal Khashoggi. While the CIA points to the Crown Prince having knowledge of Khashoggi’s murder and dismembering, Trump remains bafflingly unconvinced, writing in a statement, “maybe he did and maybe he didn’t!”

“It’s a very simple equation for me. I’m about make America great again and I’m about America first,” Trump said. “We may never know all of the facts surrounding the murder of Mr. Jamal Khashoggi. In any case, our relationship is with the Kingdom of Saudi Arabia. They have been a great ally in our very important fight against Iran.”

Wolf previously took to social media and blasted the White House Correspondents’ Association for removing a comedian from the upcoming event. “They are cowards,” Wolf wrote. “The media is complicit. And I couldn’t be prouder.”

In addition to Wolf, comedians such as Hasan Minhaj, Stephen Colbert, and Seth Meyers have all spoken at the WHCD.