We haven't seen the last of Emperor Georgiou. 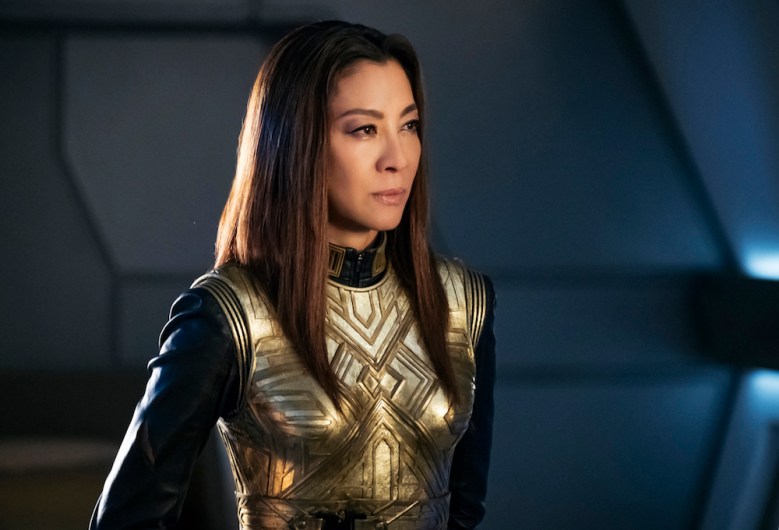 It remains a continual disappointment that Michelle Yeoh isn’t in every movie and TV show, but at least she’ll be in this one: Deadline reports that the actress is in talks to continue hey journey as Captain Emperor Georgiou for a standalone “Star Trek” series for CBS All Access. She played the character in season one of “Star Trek Discovery” and is set to return for the second go-round. Yeoh, seen most recently in “Crazy Rich Asians” and “Guardians of the Galaxy Vol. 2,” is acclaimed on both sides of the Pacific for her roles in films like “Crouching Tiger, Hidden Dragon” and “Yes, Madam.”

Deadline notes that, though “still in the early planning stages, the spinoff looks likely to focus on a continuation of her Discovery Season 2 adventures in Starfleet’s Section 31 division. The semi-secret and autonomous organization has been a part of ‘Trek’ lore since it was first introduced in the 1990s on the ‘Star Trek: Deep Space Nine’ series.”

The potential spinoff isn’t the only new “Trek” project in the works, as it was announced this summer that Patrick Stewart will reprise his role as Captain Jean-Luc Picard in another CBS All Access series; last month, the network announced that it’s also developing an animated show called “Star Trek: Lower Decks.”

“Star Trek Discovery,” meanwhile, returns with Yeoh at the helm on January 17.

This Article is related to: Television and tagged CBS All Access, Michelle Yeoh, Star Trek