The grandson of Vittorio De Sica also reveals how growing up as filmmaking royalty guided his career. 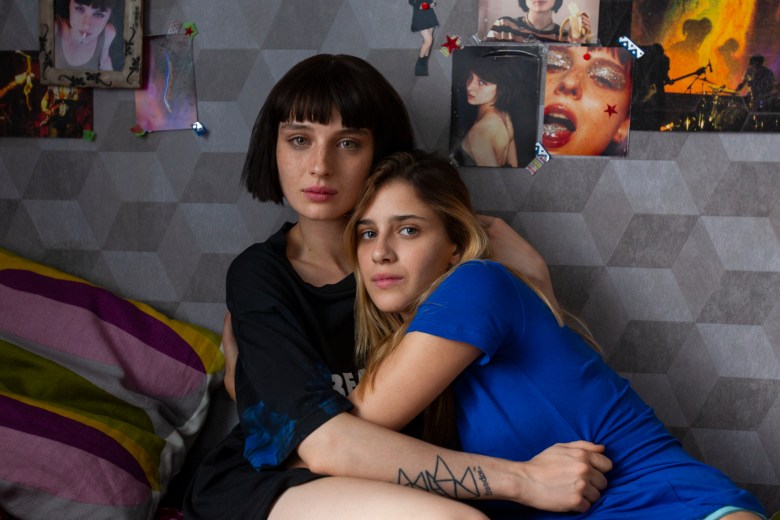 Even before the Italian-language teen drama “Baby” was released on Netflix, director Andrea De Sica was responding to criticism that the series promoted sex trafficking: “That was the most delicate thing and issue about doing this series,” he said. “For us, the real story just was to spotlight one of the important neighborhoods of Rome, which from the outside world gives the image of a perfect world, but was something dark, with something happening beyond the facade. It moves from this very rich world that is frustrated about getting real relationships, love, and then getting onto this path of transgression, where two of these six main characters give into prostitution.”

Inspired by a real-life scandal involving underage prostitution, “Baby” explores the lives of high school students in one of Rome’s wealthy districts and how pressures, disillusionment, and failed relationships lead the teens to choose dangerous paths. Two of them (Benedetta Porcaroli, Alice Pagani) begin to engage in sex for money, which the National Center on Sexual Exploitation wants people to understand “normalizes child sexual abuse and the sex trafficking of minors as ‘prostitution.’”

De Sica was aware that the subject matter would be tricky to navigate, but says that storyline is not depicted in the manner that is expected. In fact, no nudity is shown, and the world the girls enter into is far from happy or glamorous.

“It was not using the bodies as sensationalizing or glamorizing as many people were afraid of us doing. It was more of the psychological problem of the free will of the teenager, getting into this night world, which can sometimes be scary and their choices and the consequences,” he said. Other students in the series fall in with drug dealers, rebel against their parents, and act out in other ways.

“So sex is not the main frame; it’s what happens before and what happens after. It was important to have respect for the subject and for the girls and not try to judge or to say ‘poor victims,’ but to try to understand what is going on in a 16-year-old girl, who is feeling totally detached from the world and falling into this world of the night, which is clubs, older people, and all this stuff that is actually very real and contemporary.” 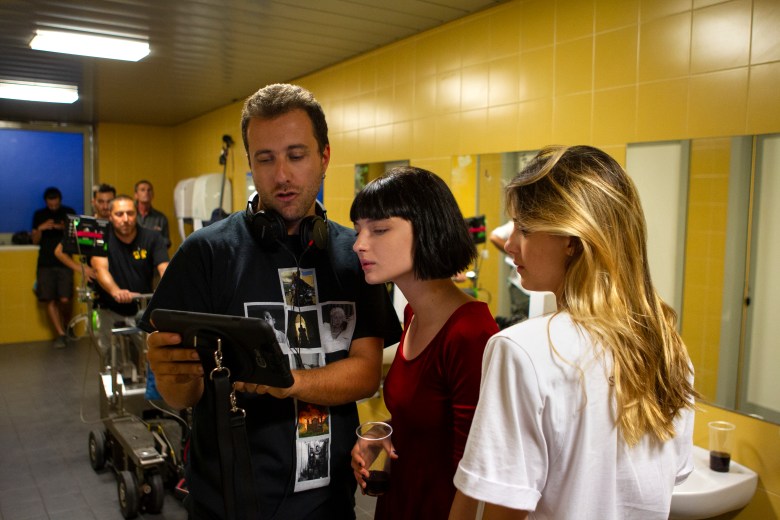 De Sica comes from a filmmaking lineage with a history of providing accurate and unflinching looks at real Italian people. His grandfather Vittorio De Sica was a four-time Oscar winner and leading figure of the Italian neorealist movement, behind such classics as “The Bicycle Thief” and “Yesterday, Today, and Tomorrow.”

“Having my grandfather be Vittorio De Sica was very hard when I decided to be a director, because at the very beginning I was afraid to [be compared] with him as a director,” De Sica said. “It was a long process until I started to do my own stuff, I started to find my own personality.”

One of the key ways he’s been able to establish his own identity is by exploring television in addition to movies. Straight out of film school, De Sica directed the children’s series “Mia and Me” and now several years later, Netflix approached him to direct four of the six episodes in “Baby.”

“I made it as cinematic as possible,” he said about his approach to the series. “First of all, I cast from non-professional actors, which in mainstream television is very rare. In exploring these young characters, it was better to have this kind of spontaneity of non-professionals. Second, we set up a set design, which was visually giving this dark and deep atmosphere… which [shows] immediately that we weren’t the usual high-school story in Italy.”

De Sica’s grandfather wasn’t the only person to have an influence on his career. His own father was a film composer, his uncle an actor and director, and his grandmother an actress. His mother, who is a film producer, was instrumental in getting De Sica his first gig on an actual film set for the 1994 comedy-horror film “Cemetery Man.” Based on the 1991 novel by Tiziano Sclavi, the film stars Rupert Everett as a lovelorn caretaker of an Italian cemetery who must contend with the dead rising.

“When I was really young, the book at my school was actually censored. My mother wanted to do the film and so she produced it,” he said. “I played the baby zombie. I was about 10 years old. That was the way I got in the first time.”

From such humble beginnings began De Sica’s acting career, which continued into high school productions. Eventually, he knew his interests weren’t in performance but in creation. “I understood that telling stories was my field. I even have written many things and so started focusing more on that. And with music, I composed the soundtrack of my first film.”

De Sica wrote, directed, and scored “Children of the Night,” a 2016 film set in an Italian boarding school. With that film, “Mia and Me,” and now “Baby,” he’s made quite a career crafting youth-centric projects. “I was wondering [about that]. I have a studio, which is actually a classroom inside a high school,” he said. “So I think that I cannot go out from the high school period, which I think gave me something very strong that I’m continuing to explore. ” 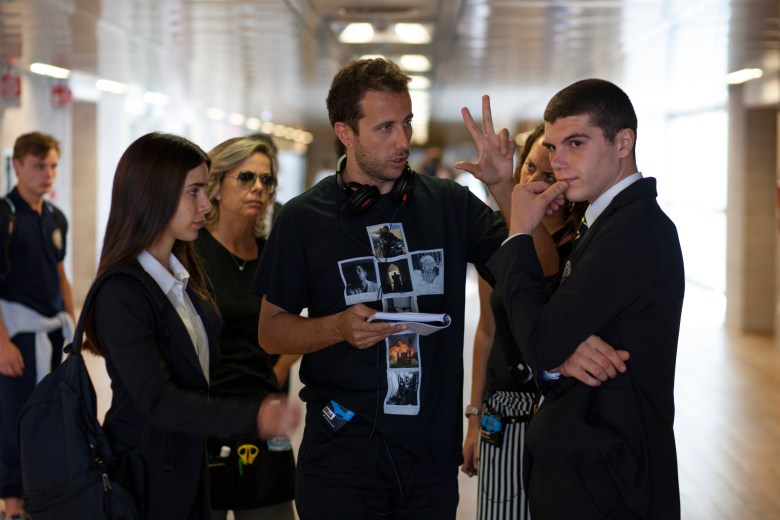 In a way, “Children of the Night” also prepared him to work on “Baby” because both focus on the hidden lives of wealthy children, a major departure from the neorealist film subjects from the Italian Golden Age.

“‘Children of the Night’ was a very dark underground film about rich teenagers. In Italy, their stories are never told. There’s a great variety of film about the poor neighborhoods, but never talking about the leading class,” De Sica said. “What I wanted to do was make ‘Children of the Night’ this kind of weird psychological horror film about rich guys, the rich families, the children of the night. [With ‘Baby,’] it was going farther into the exploration and to make a series that would have more characters to develop and a wider world to build up.”

To reflect this self-destructive path, De Sica worked with the writers and casting department to establish a foreboding atmosphere in the first three episodes of the series.

“It’s this sense of darkness all around the characters and the sense that something huge and something weird is going to happen on the horizon,” he said. “It’s something in the psychology of these kids that will explode soon. In Italian, we’d say inquietante (translation: “disquieting” or “disturbing”), which is something that gives you a bit of anxiety or fear.”

Meanwhile, De Sica has already started on a screenplay for his next feature. “I’m totally content as a filmmaker and I want to make something different,” he said. “At the same time, I’m very in love with ‘Baby’ and I don’t want to leave ‘Baby’ immediately because for the cast I’m kind of a father to them. It’s something that I really built up. If the opportunity would be there, I would definitely [return to] ‘Baby.’”

“Baby” is currently streaming on Netflix.

This Article is related to: Television and tagged Andrea De Sica, Baby, Netflix