We calculated the grosses and the Coen Bros. newest film reflects opening figures at a career low. With Netflix as distributor, that's not surprising. 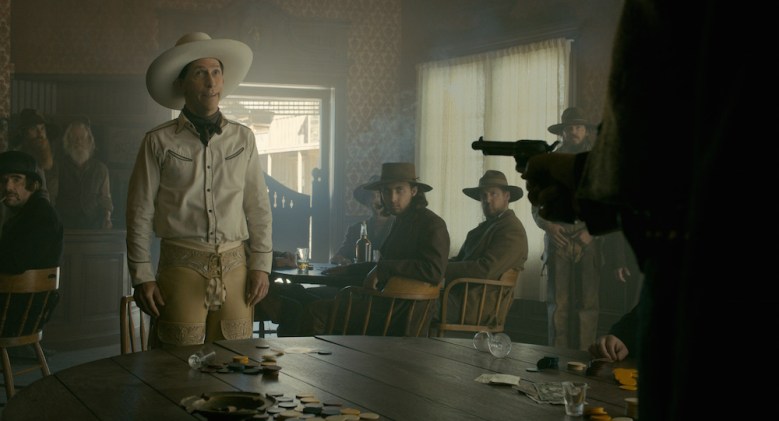 The Coen Brothers’ “The Ballad of Buster Scruggs” opened to an estimated two-theater gross of about $6,600 Thursday, its opening day, in two Landmark theaters in New York and Los Angeles. The theaters are showing the film eight days before its Netflix streaming debut as a forerunner to Alfonso Cuaron’s “Roma,” which will have a wider theatrical release starting November 21.

Per the company’s usual practice, it’s expected that Netflix will not follow industry standards and report grosses. So here’s how we arrived at these numbers: IndieWire tracked reserved online seating sale on Landmark’s website and counted tickets sold for each showtime at each theater (both theaters had five shows). By that estimate, it appears that Los Angeles grossed around $4,000, and in New York $2,600. It also has opened with Landmark in San Francisco, but without reserved seating to gauge response.

The unusual weekday opening meant a lower gross than a Friday release. And a very positive New York Times review didn’t appear until day two, a likely factor in the lower New York gross. Even so, these numbers were higher than the first two days of Sony’s “The Front Runner” (it debuted Tuesday); it grossed a total of about $13,000 in four theaters, or about an average of around $1,600 per theater per day, compared to $3,300 for “Buster Scruggs.” 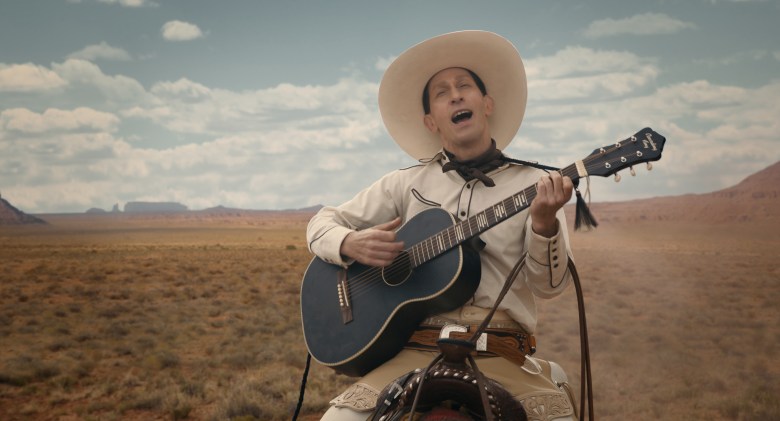 This is far better than most Netflix releases as best as can be determined. (The national release of “Beasts of No Nation” in 2015 made only $51,000 in 31 theaters its opening weekend and Netflix has been mum on numbers ever since.) Similar tracking for titles with token releases — until now, always day and date with streaming — has found nothing quite at this level.

There will be more to analyze over the weekend, of course, but this is a below-average start for the Coens. Their most recent platform release, “Inside Llewyn Davis,” opened five years ago to a four-theater, first-day average of over $30,000. Going back to all their limited two-city releases, it could be the smallest opening day ever. 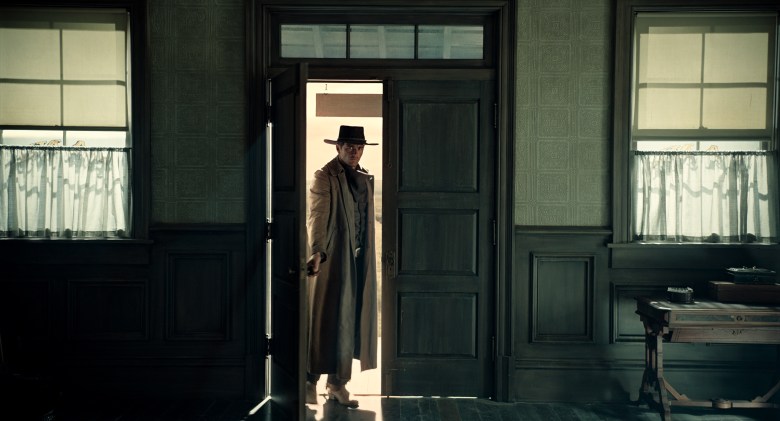 For Netflix, theatrical dates serve two purposes: It gets the films reviewed by critics, and satisfies their directors. But by hiding the grosses, Netflix also perpetuates the idea that box office isn’t remotely a priority. That, combined with would-be ticket buyers who know that it quickly will be available with their Netflix membership, is bound to depress interest.

Over the weekend, we will continue to scan ticket-sale sites. In New York, per Landmark’s site, “Buster Scruggs” will be in a theater of fewer than 40 seats, which would suggest a maximum gross around $3,000. As of late morning Friday, its prime evening show is sold out for the night. In Los Angeles, it will have only around 80 seats, per the website — fewer than were sold for the best show Thursday night. For the main Saturday evening show, it is already more than half sold.

Netflix also has “The Outlaw King” opening in New York at the Landmark 57, on a similar seat total. It debuts on Netflix today.

While Netflix is not a normal distributor, no competitor would be satisfied with opening dates that had such small capacities in prime theaters. For Netflix, no matter what they might say to their directors, getting people to see their films in theaters is not the point.

This Article is related to: Film and tagged Box Office, Netflix, The Ballad of Buster Scruggs