"The Other Side of the Wind," which you can see for the first time ever on Netflix, was a Welles passion project based on elements of his own life. 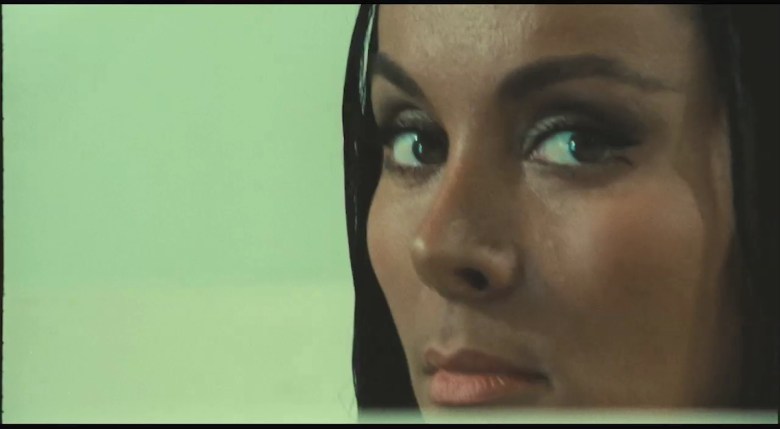 Orson Welles’ ‘The Other Side of the Wind’

Upon his death in 1985, Orson Welles left behind a handful of unfinished films that have become the stuff of legend among movie buffs, from his partially filmed adaptation of “Don Quixote” to his original edit of “The Magnificent Ambersons” before the studio recut it to pieces. But of all these projects, it was his postmodern magnum opus “The Other Side of the Wind” that Welles was most obsessed with completing.  Perhaps the reason for this obsession was also the reason he wasn’t able to finish the film – or as many have conjectured, didn’t want to. “Wind”was by far Welles’ most personal work.

Now, using his extensive notes and some rough assemblies, a group of technicians and archivists, led by Peter Bogdanovich and Oscar-winning editor Bob Murawski (“The Hurt Locker”), have been able to piece together something akin to Welles’ original vision of “Wind,” now streaming on Netflix, along with the fascinating documentary “You’ll Love Me When I’m Dead” that traces thefilm’s nearly 50 year journey from conception to release. Both films are manna from heaven for cinephiles.

Here’s a primer on the more personal elements of what can now officially be counted as Welles’ final masterpiece.

Jake Hannaford, the cigar-chomping, larger than life director at the center of “Wind” was originally modeled after Ernest Hemingway, with whom Welles himself had had a prickly friendship. Welles cast his friend and fellow director John Huston in the role, but later said that if Huston had not been available he would have played Hannaford himself. Frankly, it’s a little surprising he didn’t. 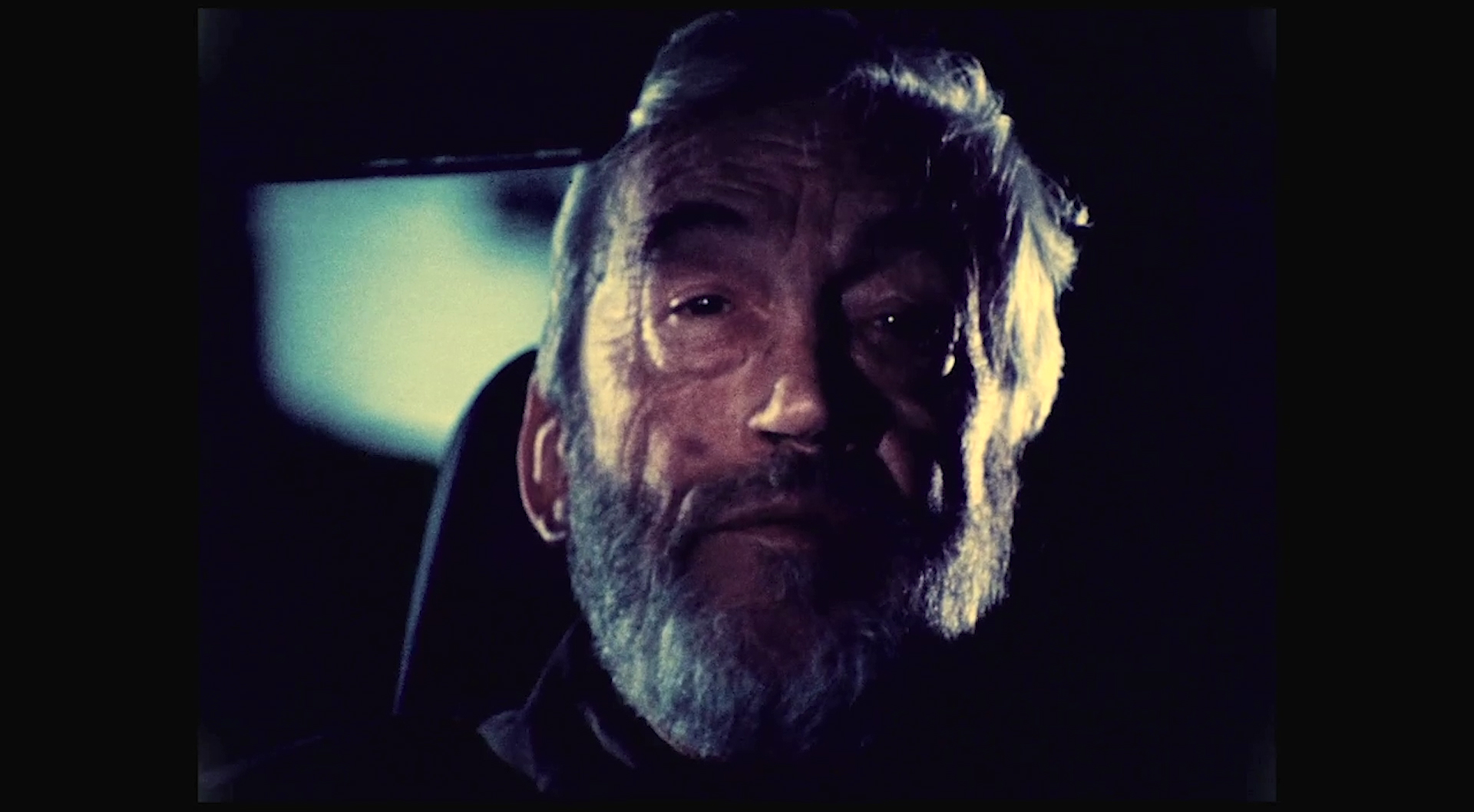 Huston effortlessly exudes that macho Hemingway energy and more than fits the part of an aging director (he filmed “The Man Who Would Be King” in between shoots for “Wind”), but there’s so much about the character that is clearly drawn from Welles’ life at that particular moment. Hannaford is a director shunned by the studio system who’s just returning from a self-imposed exile in Europe. Welles himself had famously left Hollywood for Europe after a series of troubled productions rendered him director non grata in the States. Other than a brief return to make the noir classic “Touch of Evil” – another traumatic production that only solidified his exile – Welles remained in Europe for nearly two decades, and upon his return in 1970, quickly began production on “Wind”, a tale of a director broken and misunderstood by the system. Hemingway may have inspired Huston’s performance, but it’s hard not to see Hannaford as a thinly veiled projection of Welles himself.

Welles first discussed “Wind” during an extensive interview with friend and protégé Peter Bogdanovich. He described an idea he had for a movie about “an older director and a younger director and the betrayal of their friendship.” The fact that Bogdanovich ended up playing this role would add yet another layer of autofiction to the project. 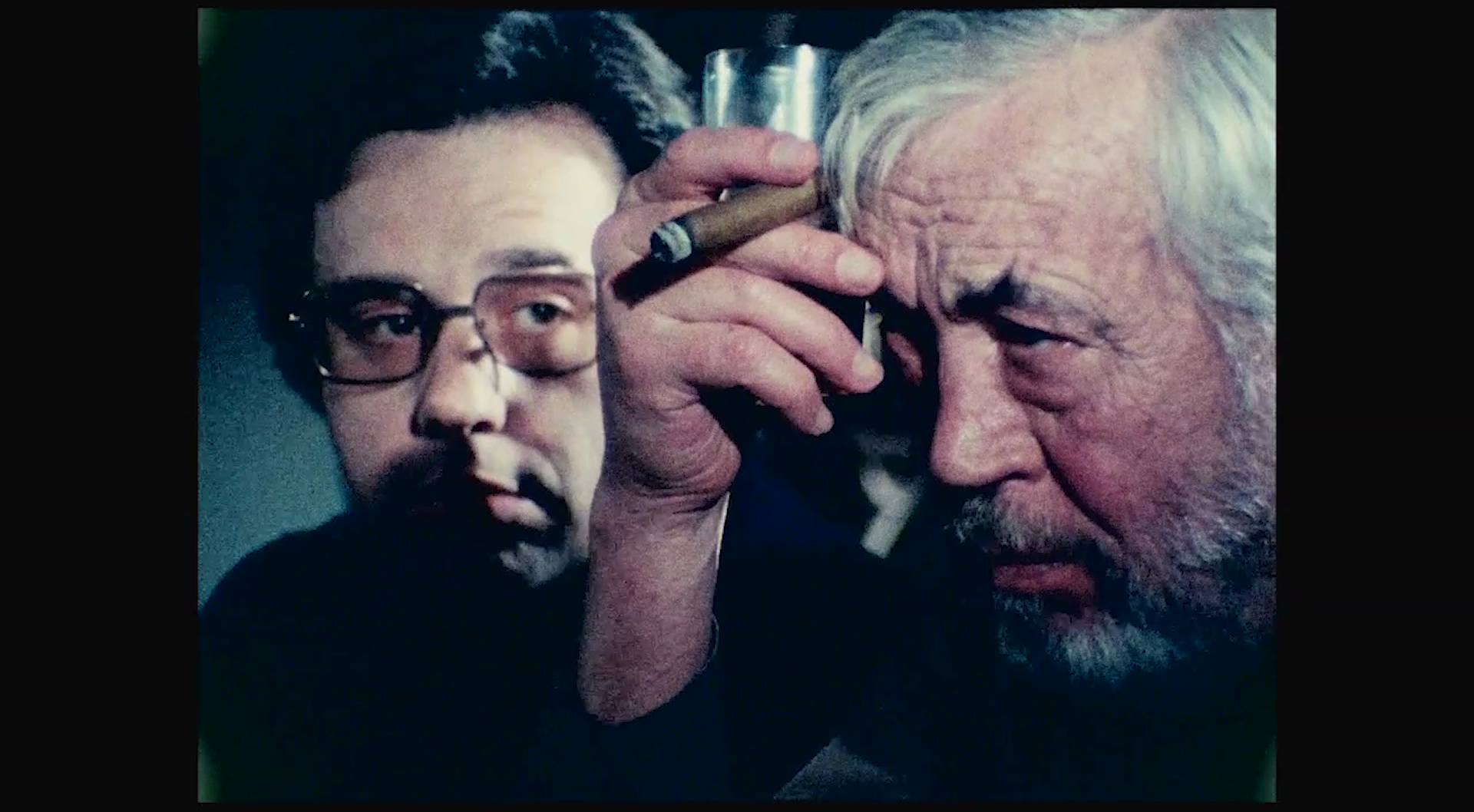 Peter Bogdanovich had a complicated relationship with Welles in real life, much like his own upstart-director character in the film.

Bogdanovich’s role throughout the film’s production would mirror his own career trajectory. Bogdanovich was just a young film historian who’d directed his first movie, “Targets,” a B-picture for Roger Corman, when Welles asked him to play a bit part as a critic interviewing Huston’s Hannaford character. Bogdanovich was already at work on his second film, though – a little movie which ended up being “The Last Picture Show” and the young historian quickly became Hollywood’s hottest director. So when comedian/impressionist Rich Little, whom Welles had strangely cast as the “younger director” dropped out (after seven weeksof filming), Bogdanovich stepped in – now perfectly suited to play the role of a hotshot director usurping his mentor.

In fact, Welles became somewhat resentful of Bogdanovich’s burgeoning success.  Not only was Bogdanovich’s new character apt at mimicking celebrities (something Bogdanovich still loves to do), Welles also added the character of Hannaford’s teenage girlfriend – a blonde, underage actress played by a local waitress with no acting experience – as a not-so-subtle jab at Bogdanovich’s then real-life leading lady/girlfriend, Cybil Shepard. That “betrayal of friendship” explored in the film ended up having real life echoes as the two longtime friends and mutual admirers became somewhat more distant in the years that followed.

Guilt and betrayal were common themes in all of Welles’s films, and “Wind” is no exception. But never had Welles so directly touched upon how these feelings related to his own childhood, specifically his parents, both of whom he lost at an early age. And while losing his mother when he was just nine was certainly traumatizing, it was his father’s death that perhaps affected him most. 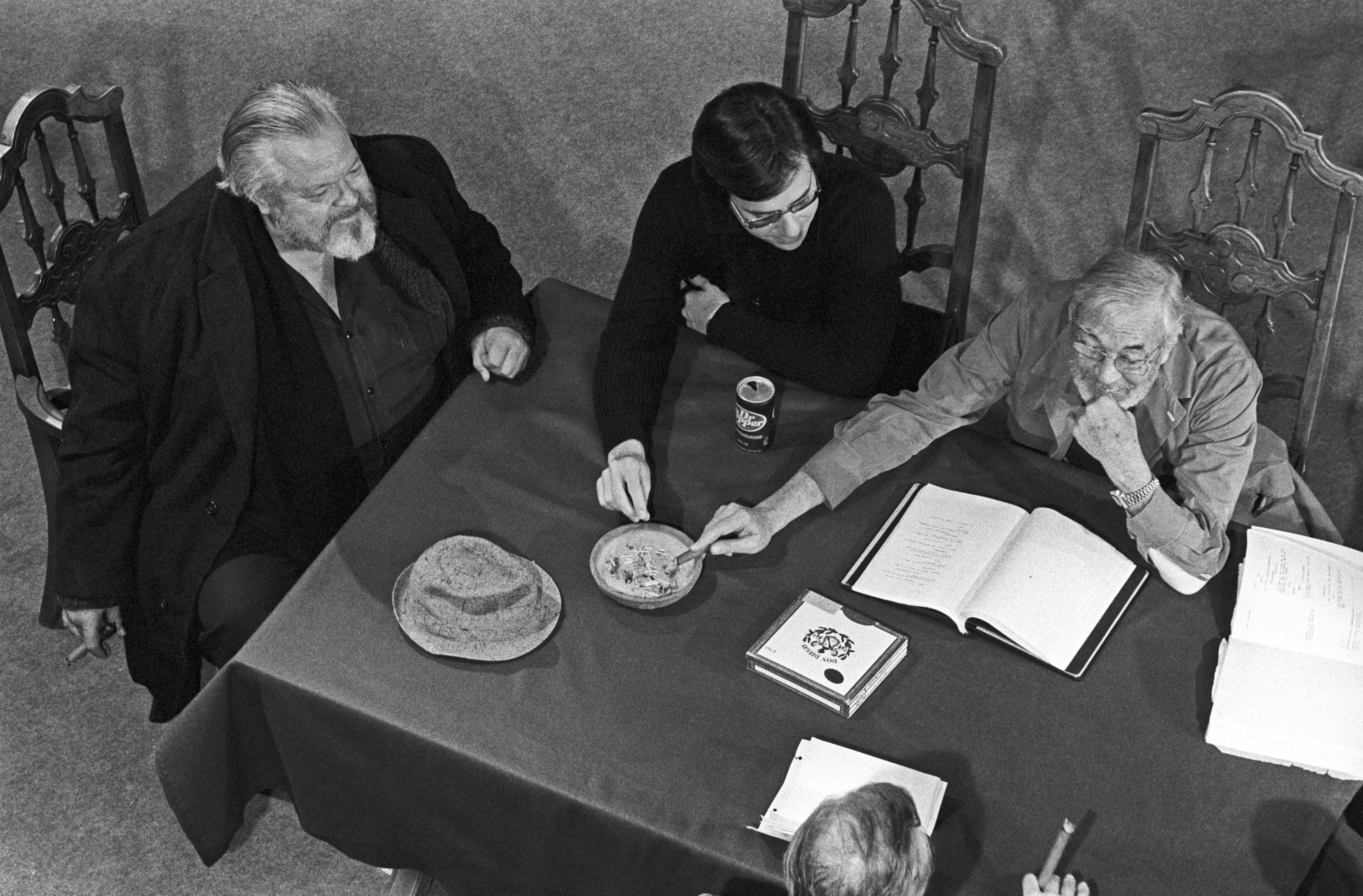 Welles had often adapted the works of others for the screen, including Shakespeare and Kafka – never before had he drawn from his own life in this way.

In “Wind”, Hannaford’s father is said to have committed suicide, which is how Welles described the death of his own alcoholic father, who died of kidney failure when Welles was 15. Welles would later write how he felt responsible for his father’s heavy drinking and, ultimately, his death – a terrible guilt that runs right through “The Other Side of the Wind,” as Hannaford drinks himself toward the film’s fated conclusion that seems to be Welles saying, “like father like son.”

Welles populates the film’s central party with a grotesquerie of Hollywood hanger-ons, insiders, and filmmakers such as Henry Jaglom, Claude Chabrol, Paul Mazursky, and Dennis Hopper popping up in small cameos as themselves. But once again mixing truth and fiction, Welles also fills the party with characters who are obvious stand-ins for certain friends and adversaries.

Lili Palmer plays Zarah Valeska, an aging starlet who owns the ranch where the party takes place. Welles based Valeska on Marlene Dietrich, whom he tried desperately to get in the film.  Tonio Selwart plays The Baron, a man based loosely on Welles’ old business partner John Houseman, who he’d had a very public falling out with in the 1940s. Susan Strasberg plays Juliette Riche, a film critic modeled very much after Pauline Kael, who had accused Welles of not writing “Citizen Kane” and who Hannaford slaps in a drunken rage at the climax of the film.

These are just a handful of the numerous colorful characters that fill out this jigsaw puzzle of a film. To put all the pieces together, “The Other Side of the Wind” is now streaming on Netflix and, decide for yourself how much of the maker is in his final masterpiece.

This Article is related to: Uncategorized and tagged Netflix, Orson Welles, The Other Side Of The Wind, TOSOTW Custom Editorial