"I didn’t know when I said yes that that was what was going to be happening," Isaac admits about the role in the "X-Men" movie. 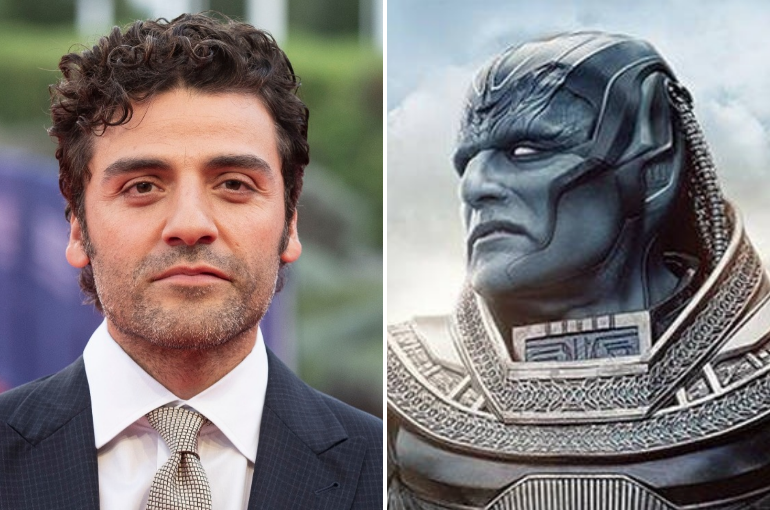 Oscar Isaac’s filmography is full of acclaimed roles in “Ex Machina,” “Inside Llewyn Davis,” and “A Most Violent Year,” but even the actor wouldn’t add “X-Men: Apocalypse” to that list. Isaac starred as the titular villain in Bryan Singer’s 2016 superhero tentpole. The film was met with poor critical notices and Isaac’s part was a mostly thankless role, requiring him to yell nonsensical monologues about power and taking over the world.

“‘Apocalypse,’ that was excruciating,” Isaac admitted during a recent video interview with GQ. “I didn’t know when I said yes that that was what was going to be happening. That I was going to be encased in glue, latex, and a 40-pound suit—that I had to wear a cooling mechanism at all times. I couldn’t move my head, ever.”

Isaac said he originally accepted a role in the “X-Men” movie because it was a chance to get to work with an ensemble of talented actors, from James McAvoy to Michael Fassbender and Jennifer Lawrence. Unfortunately, Isaac said he couldn’t even see his co-stars because of the outrageous outfit and makeup he had to wear as Apocalypse.

“I couldn’t move my head,” Isaac said. “And I had to sit on a specially designed saddle, because that’s the only thing I could really sit on, and I would be rolled into a cooling tent in-between takes. And so I just wouldn’t ever talk to anybody, and I was just gonna be sitting and I couldn’t really move, and like, sweating inside the mask and the helmet. And then getting it off was the worst part, because they just had to kind of scrape it off for hours and hours. So, that was ‘X-Men: Apocalypse.'”

Fortunately, Isaac has been able to recover in the blockbuster world by continuing to play Poe Dameron in the latest “Star Wars” trilogy. Every actor has at least one blemish on his or her résumé, so it’s gratifying to know Isaac is well aware “X-Men: Apocalypse” is his. Watch the actor’s full GQ video interview below.

This Article is related to: Film and tagged Oscar Isaac, X-Men: Apocalypse