Do Maurice LaMarche and Rob Paulsen know something the rest of us don't? 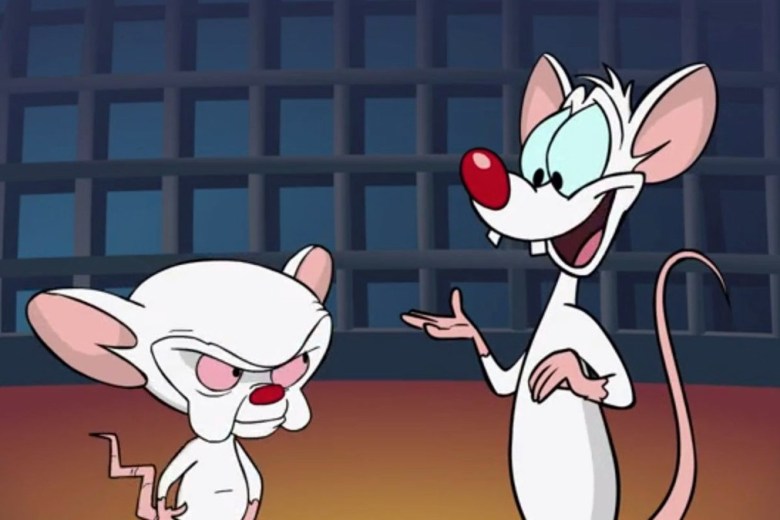 “Pinky and the Brain”

What are we going to do tonight? The same thing we do every night, Pinky: Try to get rebooted. That’s one takeaway from a Vulture Festival panel in which voice actors read famous movie scenes, including Maurice LaMarche and Rob Paulsen of “Pinky and the Brain,” performing the Ferris wheel scene from “The Third Man” in character. They’d already done so once before on the cartoon itself, leading Paulsen to say to his co-star, “If we get our show back…”

LaMarche’s response? “Quiet, Pinky, or I’ll have to beat you over the head with an NDA.” Whether it was a joke or a sign of things to come remains unclear, but it’s not like it would be surprising for another ’90s classic to get the reboot treatment. To wit, “Animaniacs” — where the two animated mice first debuted in 1993 — is itself being brought back courtesy of Hulu in 2020.

“Pinky and the Brain” premiered as a series unto itself in the fall of 1995, airing four seasons and 66 episodes across the next three years. Brain — whose voice is more than a little reminiscent of Orson Welles — is the evil genius to Pinky’s kindhearted dunce. The episode “A Pinky and the Brain Christmas” won an Emmy Award for Outstanding Animated Program, with Paulsen winning the award for Outstanding Performer in an Animated Program.

The first three seasons of “Pinky and the Brain” are currently streaming on Hulu.

This Article is related to: Television and tagged Maurice LaMarche, Pinky and the Brain, Rob Paulsen