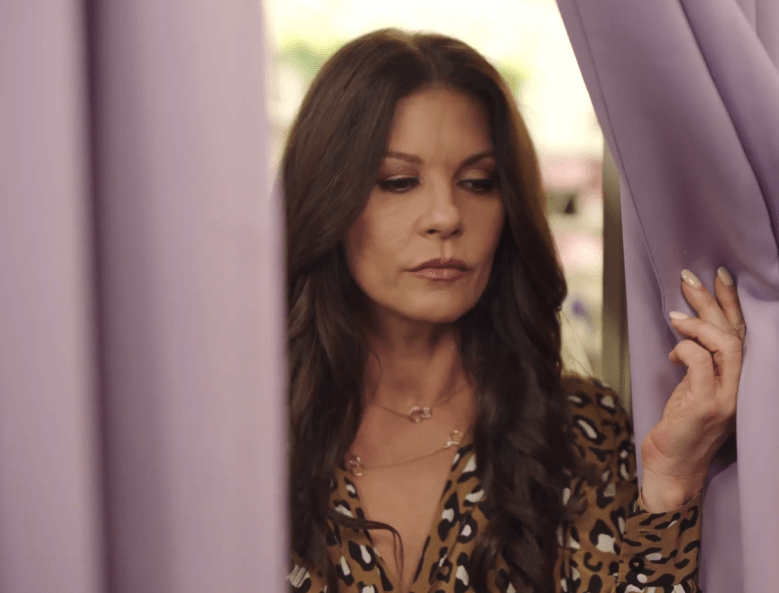 It’s been a rough year for beauty pageant stories. “Queen America,” the latest entry in the growing Facebook Watch original programming library, at least has Catherine Zeta-Jones to help guide it through.

The latest trailer for the series shows Zeta-Jones playing Oklahoma pageant whisperer Vicki Jones, who’s tasked with helping shape an unpredictable aspiring contestant Samantha (Belle Shouse) into a winner. Putting her reputation on the line, it seems like Vicki will learn plenty of lessons about image, self-worth, and good heartland values along the way.

Samantha is Vicki’s main project, but plenty of other people will enter her orbit over the course of the 10-episode season, set to premiere later this month on Facebook Watch. This trailer is a little vague who’ll be watching from the sidelines, and who’s exactly enthusiastic about having Vicki around in the first place, but there’s also the promise of some ambitious solo tap numbers and Zeta-Jones delivering a solid right hook to some beige drawers.

Read More: November TV Premieres: 11 New Shows to Look Out For This Month

The ensemble includes guest appearances from Judith Light (who’s reminding everyone here that can deliver a face-melting stare from across a set of couches better than anyone in the business) and Jennifer Westfeldt, alongside cast members Teagle F. Bougere, Rana Roy, Molly Price, Isabella Amara, and Megan West.

All 10 upcoming episodes were directed by Alethea Jones, the filmmaker behind last year’s “Fun Mom Dinner.” After a few other recent TV stops (hey, “Wrecked!”), Jones’ next planned project is the in-the-works “Barbie” movie starring Margot Robbie. The first three half-hour episodes are set to drop the Sunday before Thanksgiving, with new installments every Sunday night through the end of the year.

Watch the full trailer (including some ill-advised aggressive treadmill technique) below: