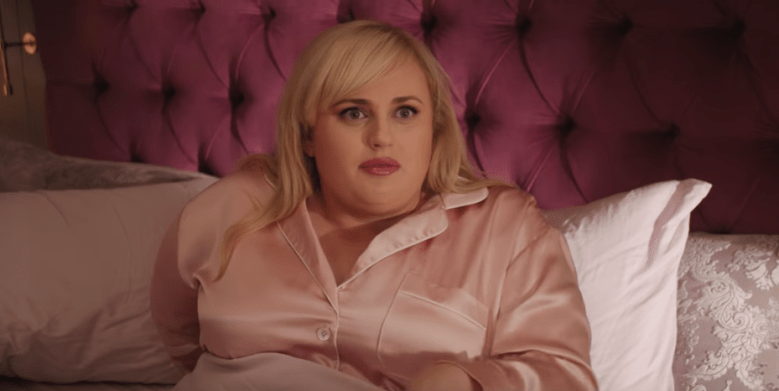 Rebel Wilson in “Isn’t It Romantic?”

Warner Bros. dropped the first trailer for its upcoming meta romantic-comedy “Isn’t It Romantic?” earlier this week. The movie stars “Pitch Perfect” breakout Rebel Wilson as a woman who hits her head and wakes up to find her life resembles a clichéd movie rom-com. Wilson appeared on “Ellen” to promote the trailer release, but she indirectly started an online controversy by claiming her movie is a Hollywood groundbreaker.

“I’m proud to be the first-ever plus-sized girl to be the star of a romantic comedy,” Wilson told Ellen DeGeneres.

Wilson was quickly met with backlash online for her comment, with many on social media reminding the Australian comedian of romantic-comedies starring Queen Latifah. Latifah starred opposite Common in the 2010 sports-driven rom-com “Just Wright,” and she played a woman who travels to Europe after being given a terminal medical diagnosis in the rom-rom “Last Holiday.” Wilson attempted to defend herself, but she only made matters worse.

“Yeah, I of course know of these movies,” Wilson replied on Twitter to a fan. “But it was questionable as to whether: 1. Technically those actresses were plus size when filming those movies or 2. Technically those films are categorized/billed as a studio rom-com with a sole lead. So there’s a slight grey area.”

Wilson’s defense was met with reminders that Latifah is definitely a “plus-sized actress” in Hollywood’s eyes and that Latifah has starred in rom-coms where she is both the co-lead (“Just Wright” with Common) and the sole lead (“Last Holiday” was billed using Latifah’s star power alone and not using supporting actors like LL Cool J or Timothy Hutton). The Blacklist founder Franklin Leonard and filmmaker Matthew Cherry were just two of the prominent industry people criticizing Wilson online.

Hey girl! Yeah I of course know of these movies but it was questionable as to whether: 1. Technically those actresses were plus size when filming those movies or 2. Technically those films are catorgorized/billed as a studio rom-com with a sole lead. So there’s a slight grey area

Hey my sweet sister. Let’s please not allow this business to erase our talent with giving grey areas and technicalities. Take a moment and know the history. DON’T BE A PART OF ERASING IT. I wish you the best.

Not much grey area. pic.twitter.com/GtAz5a8t8D

But Franklin, of course she knows these movies.

Lord. What a horrible answer from Rebel Wilson.

This Article is related to: Film and tagged Isn't It Romantic?, Queen Latifah, Rebel Wilson