Wilson received backlash after claiming her role in the new film, "Isn't It Romantic?," makes her the first plus-size woman to lead a romantic comedy. 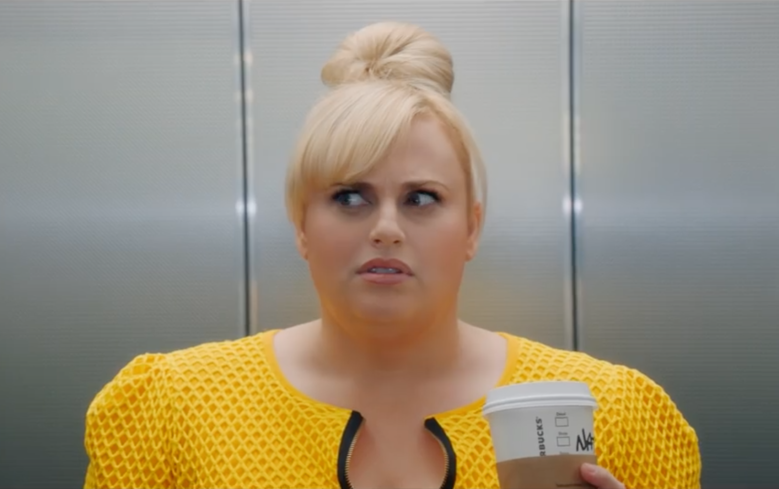 Actress Rebel Wilson is at the center of even more backlash over a comment she made claiming her new movie, “Isn’t It Romantic?,” is the first romantic-comedy film to star a plus-size woman in the lead role. The “Pitch Perfect” star made the remark on “Ellen” during a visit to the talk show on October 31, but Wilson was quickly called out on social media for forgetting about romantic-comedies starring actresses like Queen Latifah, Mo’nique, and Ricki Lake. Now Wilson is being accused of blocking on Twitter the black critics who spoke out against her.

Wilson originally reacted to the backlash by replying on Twitter, “Yeah, I of course know of these movies. But it was questionable as to whether: 1. Technically those actresses were plus size when filming those movies or 2. Technically those films are categorized/billed as a studio rom-com with a sole lead. So there’s a slight grey area.” The actress’ defense was met with reminders that Latifah is in fact a “plus-size actress” in Hollywood’s eyes and has starred in rom-coms where she is both the co-lead (“Just Wright” with Common) and the sole lead (“Last Holiday”).

Blacklist founder Franklin Leonard and filmmaker Matthew Cherry also took to social media to criticize Wilson’s statement. Cherry revealed on November 4 that Wilson had blocked him on Twitter after he spoke out against her, and he was not the only one. The hashtag “Rebel Wilson Blocked Me” began trending as more people shared that Wilson had blocked them, including film writer ReBecca Theodore-Vachon, columnist Clarkisha Kent, and web personality Nabela.

Wilson was accused of singling out black critics to block, as white critics, like playwright Claire Willet, who posted a lengthy takedown of Wilson’s comment, were not blocked. After Willet noted she hadn’t been blocked yet, Wilson responded, saying she supports all plus-size women and vowing to address the issue “when promoting the film in proper forums.”

IndieWire has reached out to the actress for further comment.

I shared my honest & respectful thoughts on Rebel Wilson’s erasure of iconic plus sized women before her.

Her blocking a fellow plus woman in this industry is a reminder that she doesn’t want to acknowledge her plus peers but rather ignore them entirely. pic.twitter.com/icUvY9QrCR

Ha ha! We serving mimosas at the #RebelWilsonBlockedMe meeting this morning? pic.twitter.com/xgXekYNUVD

So THIS is what CLOUT tastes like😭!!!! Rebel Wilson blocked me toooo for a Cardi B gif✨✨✨ pic.twitter.com/ewLcEpernS

This Article is related to: Film and tagged Isn't It Romantic?, Rebel Wilson