The creator of countless characters had a complicated history, but his impact on millions of lives is undeniable. 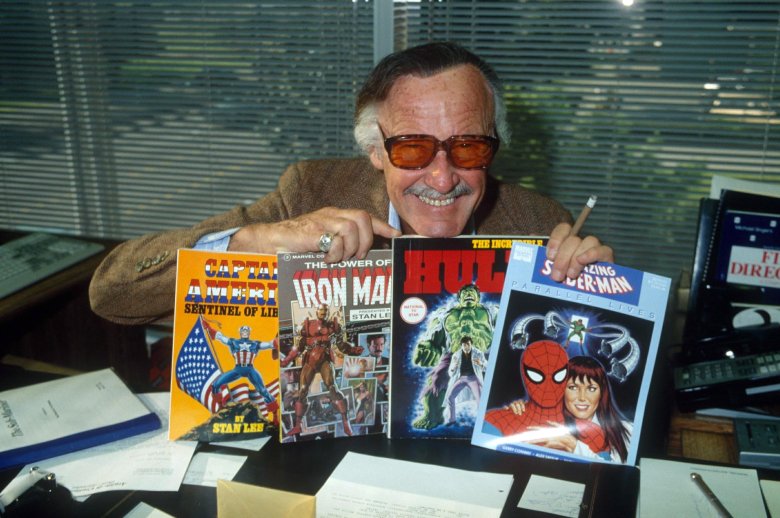 Stan Lee changed the world with his stories, but to truly understand his influence, you have to watch him in action. Case in point: Footage of the famed writer in 1992, observing artists Todd McFarlane and Rob Liefeld create a new character called Overkill.

As Lee razzes the younger generation about their artistic skills (including a jab at Liefeld’s ability to draw feet), he offers a very specific sort of feedback: Who is Overkill, exactly? More specifically: “Does he have a double identity? What happens when he takes off the costume, is he a 97-pound weakling?” McFarlane and Liefeld are focused on Overkill’s shoulder pads; Lee is interested in getting to know the guy.

That consistent approach is why Marvel characters had a different sort of impact on the world of pop culture, providing readers and audiences with a clear gateway into the souls of its characters, from a Queens teenager with spider powers to the man with a rage monster inside him.

Lee is credited with co-creating countless characters for Marvel, as well as crafting the concept of a unified storytelling universe for all of them to reside, a dream which the Marvel Cinematic Universe has brought to the big screen today. He was ahead of the curve, and his vision defines the standard for mass market storytelling today.

However, the specifics of Lee’s legacy remain murky at best, especially when it comes to the amount of credit that has been assigned to him for the characters he created. Lee has been perceived as synonymous with the Marvel brand for decades, but it’s never been that simple.

For one thing, as The Daily Beast’s Spencer Ackerman has pointed out in his detailed obituary, Lee maintained a complicated relationship with many Marvel artists including Steve Ditko but especially Jack Kirby, who many feel was never properly acknowledged, creatively or financially, for his contributions to the Marvel world.

Decades before TV showrunners like Vince Gilligan, Shonda Rhimes, and Joss Whedon became famous not just as storytellers, but as personalities, Lee and Kirby were engaging with young fans via the letters columns in each issue — fans like George R.R. Martin, who would grow up to become storytellers themselves, as Letters of Note surfaced Monday.

As Ackerman reports, Kirby’s involvement was nearly lost to history, while Lee embraced credit as the creative genius responsible for these beloved characters. However, it was a role he played brilliantly, advocating not just for the power of comics as a storytelling medium, but for the power of storytelling rooted in humanity. As several writers on Twitter pointed out, Lee spoke out early and often against racism and bigotry. “A story without a message,” he wrote, “is like a man without a soul.”

The odds are good that anyone who has worked in the entertainment industry or attended a comic book convention has a Stan Lee story — immediately following the news of his passing, Twitter was flooded with tales of encounters. Even those who never met the man were compelled to share just how life-changing his stories were for them. As an individual, Lee may have been complicated, and the specifics of his contributions will be sorted out for generations to come. But as an icon, he represents values that will be celebrated for just as long, and the impact of that work shows no signs of letting up.

This Article is related to: Film and tagged Jack Kirby, Marvel, Stan Lee