The acclaimed novelist makes his television debut with the latest "Star Trek" short film, after a lifetime of fandom. 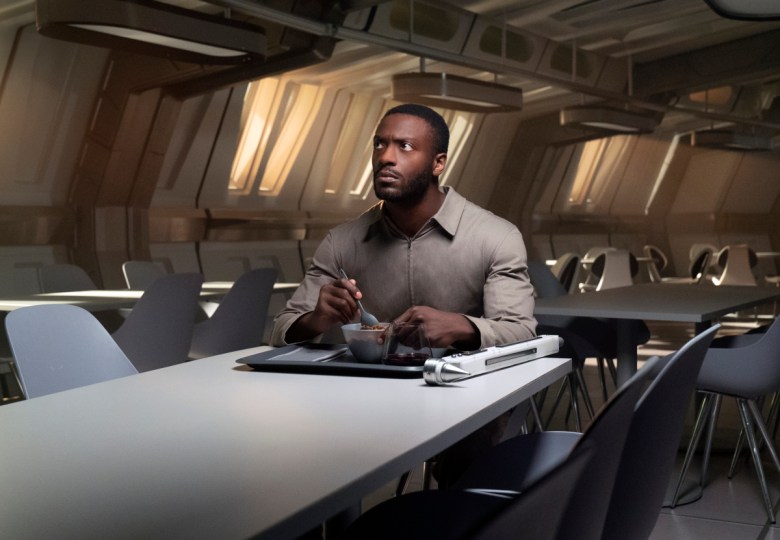 Michael Chabon, the Pulitzer-prize winning author of “The Amazing Adventures of Kavalier & Clay” as well as “The Mysteries of Pittsburgh” and “Wonder Boys,” sounded almost giddy on the phone. “It’s so much fun to be able to talk about ‘Star Trek,'” he said.

Chabon makes his television-writing debut with the newest installment of “Short Treks,” a series of”Star Trek: Discovery” short films on CBS All Access. But that’s really a prelude to the most exciting gig: being a part of the writers’ room for the upcoming series that marks the return of Patrick Stewart as Jean-Luc Picard.

Without revealing anything about Picard’s new adventures, Chabon said the experience working on the show left him flustered. “To be sitting in the room with Patrick Stewart, just sitting there next to me — I tried to be cool about it,” he said. “I think we all tried to be cool about it. He’s a lovely man. He’s really smart, intuitive, friendly, and warm, and generous, and everything… Then, all of a sudden, it’s like deep inside me this fanboy voice would be like, ‘Oh my god. You’re sitting next to Jean-Luc Picard and Professor X at the same time.'”

Added Chabon, “I just tried to keep that really to myself and be like, ‘Haha, that’s so funny, Patrick.’ On the inside, I was screaming.”

Stewart’s involvement, he feels, is “one of the reasons it’s going to be as good as it is going to be… He’s been involved pretty much from the beginning. His voice has been a very, very important and useful voice. He’s been a great resource for us. We’re so lucky to have him and that he wanted to participate to the extent that he has.”

Chabon’s initial introduction to the “Trek” universe began around the age of 11, when he watched episodes with his babysitter Allison, an avowed Trekker. “From that moment on, I just was a fan,” he said. “I have remained a lifelong fan. I’ve watched all the series and all the movies. Some of them made me happy and some of them made me sad. I stuck with it all this time.”

This included “Discovery,” which Chabon thought really kicked into gear around the third episode. So while working with “Discovery” executive producer Akiva Goldsman on a film project, Chabon mentioned that he was enjoying the show, and Goldsman offered him the opportunity to write a “Short Trek.”

“Calypso” stars Aldis Hodge (“Underground,” “Leverage”) and is set 1,000 years after “Discovery,” when a soldier known as Craft (Hodge) finds himself on the abandoned starship, run by the ship’s computer — which has evolved after centuries of isolation into a unique personality.

Chabon worked from a treatment written by “Discovery” writer Sean Cochran, which he thought “seemed like a great idea for a short film. It seemed like a story that you could tell in a short space, a small space. Right away, it had a very rich and very ‘Star Trek’ theme of, What is a human being? Who is a human being? What is the essence of humanity? That’s maybe the prime ‘Star Trek’ question. It felt like I would be able to tell a very Star Trek story.”

The 1,000-years leap in time, Chabon said, came from his desire to create an extreme sense of loneliness. “If it’s 1,000 years, you know the crew’s not coming back,” he said. He expected pushback from the producers, so he decided to push back on himself first.

“I tried to do a draft where it was less time, or it was a much more reasonable period of time,” he said. “All of the pathos went away as soon as I shortened the time into something that you could somehow, maybe, account for in a 50-minute episode… I just put it back and I went with 1,000. Nobody said anything.” 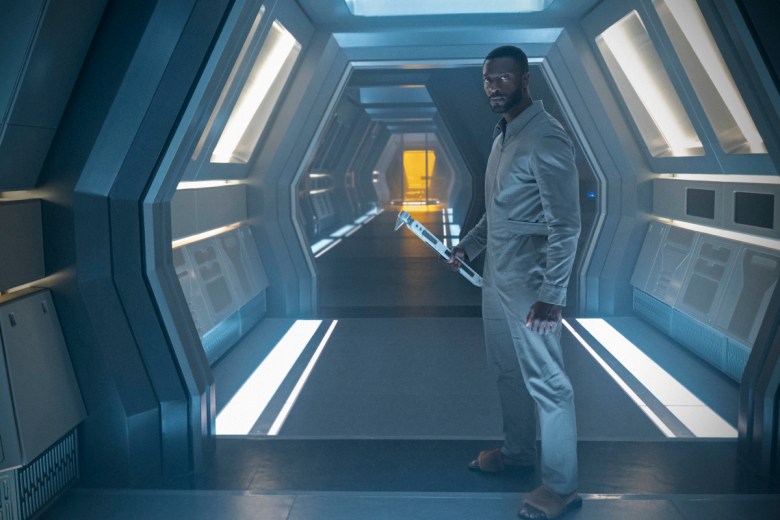 The short features prominent use of the Fred Astaire and Audrey Hepburn classic film “Funny Face,” which Craft watches as a three-dimensional projection. “It was through some really heroic persistence on the part of various producers on the show that we were able to get the rights to use the clip from ‘Funny Face.’ I was really happy about that,” he said.

Chabon hadn’t yet seen the final effect. “I just hoped it would work,” he said. “There’s some part of me that’s like, ‘I hope that’s possible. I assume it’s possible.’ We do all these amazing incredible things. It is possible.”

Invoking “Funny Face” recalls the way Pixar’s “Wall-E” referenced another classic musical, “Hello, Dolly!”, within a far-off future. “There is an incredible charm in that kind of incongruity. I mean, incongruity can be a source of something shocking. It can also be something charming. It can be something funny,” he said. “That worked so well with ‘Wall-E,’ because it’s so not what you expect.”

In addition, he said, using a real Hollywood musical, as opposed to one starring (as he joked) “‘Ned Bustaire’ and ‘Audrey Snepburn,'” made it clear that “this ‘Star Trek’ universe is actually our universe that we live in, with the same movies in its past that we have in our past. Simply by making that implied assertion, I think that there is something powerful in that area. It reminds you: Look, this is still all possible. We can still go into the future. It will be our world, just like the world we’re living in now.”

“Calypso,” the latest installment of “Star Trek: Short Treks,” is streaming now on CBS All Access.