Colbert told Jon Stewart that a 2015 interview with Joe Biden might be the reason that he still has a job. 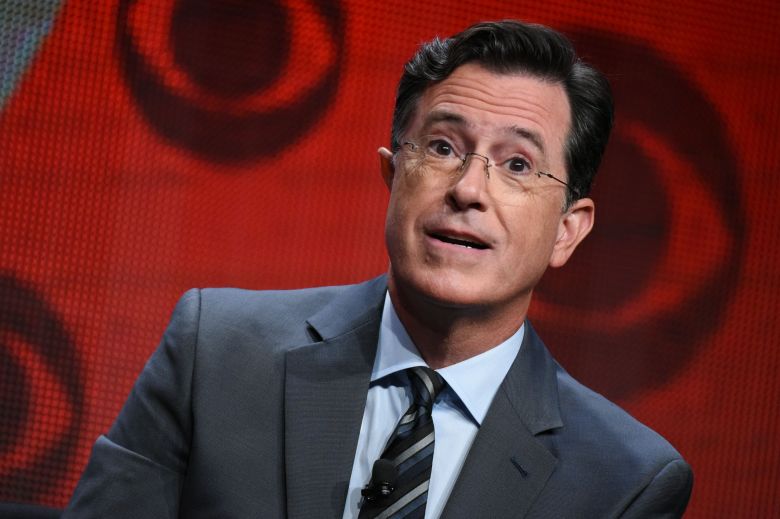 As Stephen Colbert’s talk show occasionally does, “The Late Show” did a bit of an unexpected swap last night. His old “Daily Show” co-worker Jon Stewart sat behind the desk (in a monochrome long-sleeve shirt, naturally), asking Colbert questions for a change.

In a revealing part of the evening, Stewart got Colbert to open up about the tumultuous start of “The Late Show,” when audience numbers were low and the show was trying to reinvent the format. Part of the biggest challenge was juggling what viewers might have known of his “Colbert Report” persona. On the interview side, Colbert said that one particular talk helped him lock in that idea.

During a 2015 interview with then-Vice President Joe Biden, the two were able to connect over similar responses to things that had happened in their respective families. After the Biden interview was over, Colbert remembers telling his producer, “‘That nice old man just gave me my show, because I know that there are times when I absolutely have to be myself.’ That was something to hold on to for the six months before we figured this shit out.”

What Colbert didn’t mention is that it was in the very first week of the show. The first part of the interview is lost in the YouTube ether, but the second half of that talk is still available via the “Late Show” channel. What begins as a comic tiptoeing around whether Biden would make a presidential run quickly transitions into a discussion of Biden’s son Beau, who had passed away earlier that year.

Like Colbert said, it took the show a few months to get its footing (even if the original theme song and intro is still the best it’s ever had), but it’s easy to see why this conversation has stuck with the host these years later.