"A lot of people wouldn’t expect a grown man to be able to depict women in that way," the actress told IndieWire. "That’s what’s so special about Luca [Guadagnino]." 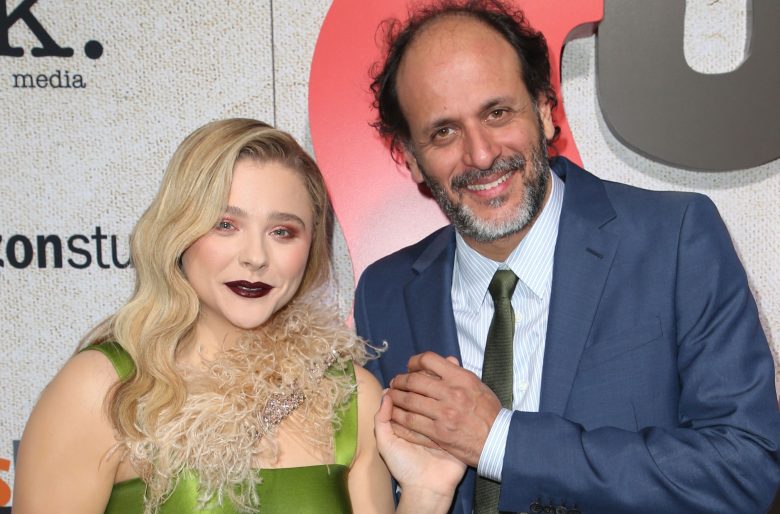 Luca Guadagnino is earning heaps of praise for his “Suspiria” remake, an ambitious reinvention of Dario Argento’s 1977 horror classic. Set at a highly competitive girls’ dance school in Cold War Berlin, the film touches on themes of inherited trauma, hysterical women, and Germany’s postwar shame — all bathed in blood and witchcraft. An unlikely candidate to pass the infamous Bechdel test, which measures gender parity onscreen, “Suspiria” actually features only two male actors, each with a single line apiece. (There is an old man, but he’s played by Tilda Swinton). It’s a slam dunk for women onscreen, though it does put them through a meat-hook-shaped ringer.

Chloë Grace Moretz plays Patricia in the film, a dancer who goes missing from the school and provides the first mention of witchcraft in the movie’s opening scene. At an event during the Provincetown Film Festival in June, Moretz had many nice things to say about Guadagnino. Though she was tight-lipped on details at the time, she did say “there’s a good bit of nudity in the movie,” referring to an epic final scene featuring all the actresses in a blood-spattering resurrection ritual.

“What really hit me was that it’s not voyeuristic in the slightest bit,” Moretz said. “It is one of the most empowering, in terms of femininity, it’s a very interesting depiction of physical femininity and womanhood, and that plays a role in the Wicca of it all, and how that’s used in ritual.” 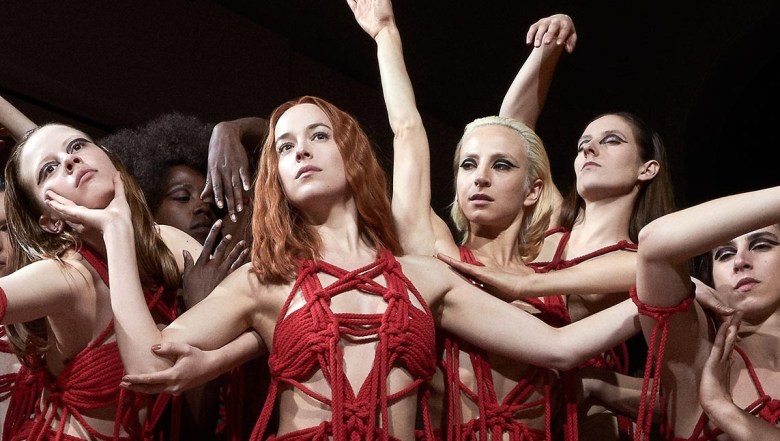 At only 21 years old, Moretz has been in Hollywood for over a decade, having started her career as a child actress in “The Amityville Horror.” Earlier in the conversation, she revealed her disappointment in “Kick-Ass 2,” a sequel to her hit action comedy, which upset many fans and critics by forcing a romance between the two teenaged main characters, including the one played by Moretz.

It was clear in her voice that even at 21, she is already fatigued by Hollywood’s view of women and girls, but she lit up when talking about Guadagnino.

“A lot of people wouldn’t expect a grown man to be able to depict women in that way,” she said. “What’s so special about Luca is that he doesn’t see gender. He sees a person. And he wants to depict what is special about that person, be it male or female, as adequately onscreen as he can. He’s really special though, he’s one of the most authentic, pure souls.”

Moretz has worked with A-list directors such as Martin Scorsese, Tim Burton, Olivier Assayas, and Kimberly Peirce, but Guadagnino’s inventive directing style made quite the impression. She called the film “the closest thing to modern Stanley Kubrick I’ve seen,” and praised Guadagnino for always pushing actors to “go further.”

Amazon Studios released “Suspiria” in New York and L.A. on October 26, where it led specialty box office charts. It expands to more 250 theaters on Friday, November 2.