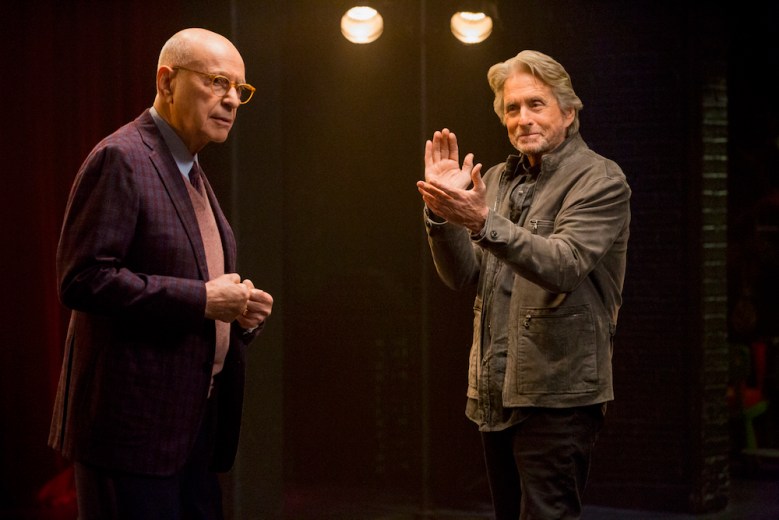 Michael Douglas has to pee. For more than half the first season of “The Kominsky Method,” the aging acting teacher Stanley Kominsky talks about his prostate, talks to his penis, and repeatedly excuses himself to go to the bathroom — so often, in fact, his friends and family start keeping count of how many times he goes in a day. Stanley is frustrated by how often he has to relieve himself, as well as the fitful flow he produces once he finds a toilet, bush, or pool to pee in, but not nearly as frustrating as it is to watch him complain.

Stanley is as blocked emotionally as he is physically, but he nor “The Kominsky Method” can see beyond his dribbling pecker. Intended to be an honest examination of aging from the perspective of three men going through it — Douglas, Alan Arkin, and Chuck Lorre, much like the team of Jane Fonda, Lily Tomlin, and Marta Kauffman on Netflix’s other senior comedy “Grace and Frankie” — “The Kominsky Method” refuses to engage in the looming issues surrounding its characters. Despite ample reasons to search for real meaning before it’s too late, Lorre’s sporadically amusing eight-episode first season would much rather make an easy joke about Stanley’s very treatable medical condition.

Per Netflix, Stanley’s call to action is a spoiler, so here’s what can be said about the series’ premise: Peeing, it seems, is the predominant problem in Stanley’s otherwise comfortable life. His L.A.-based acting classes are going well. Even if many of his students are portrayed like startling dumb-dumbs or young buffoons — calling to mind the better, sharper acting class satire found in HBO’s “Barry” — Stanley gets genuine satisfaction from teaching his craft and gets to see his daughter Mindy (Sarah Baker) every day. Sure, he’d like a few more parts of his own, but he’s not hung up on landing a major movie. Despite an odd, meta reference to Lorre’s biggest success, “The Big Bang Theory” (Stanley says he’d do a network sitcom just to make the kind of money they’re making), he’s happy with his work. 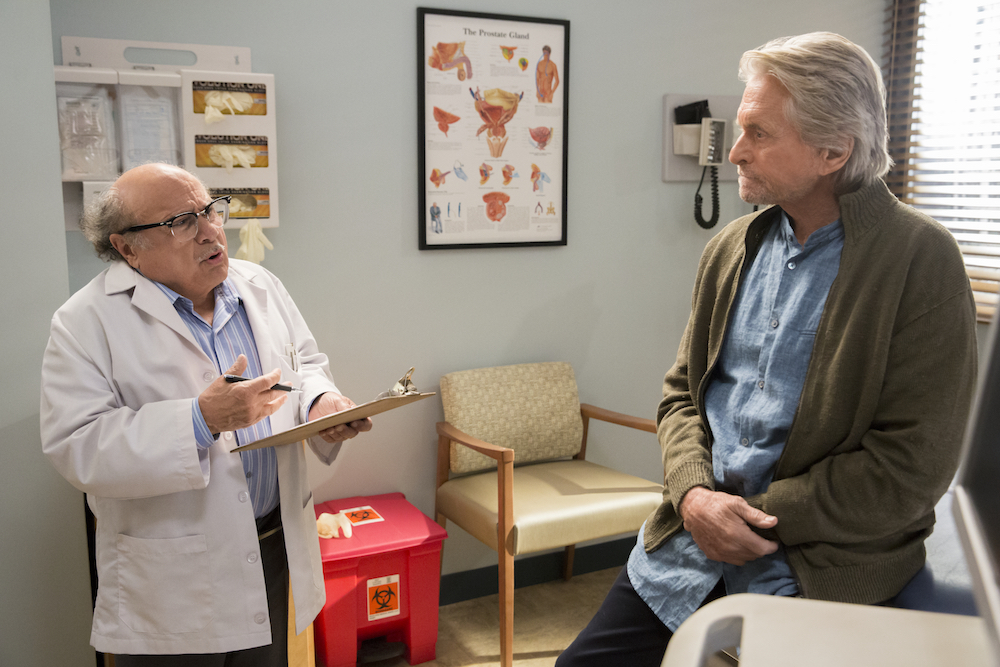 Danny DeVito and Michael Douglas in “The Kominsky Method”

His free time is regularly taken up by his agent, Norman Newlander (Alan Arkin), but the two aren’t talking turkey. They’re eating wafer-thin slices of it from Gelson’s deli and comparing how each of their bodies has let them down. Norman might wish he could still hear his farts instead of them slipping out without notice, while Stanley laments eating anything spicy before bed for fear of spending most of his sleeping hours in the bathroom.

Both Douglas and Arkin are acting in their comfort zones — Douglas is a smarmy, scarf-wearing charmer, and Arkin is a lovable grump — but the latter pushes himself further than the former. Without getting into spoiler territory, Arkin is given the more complex character; Norman is asked to think about things Stanley keeps out of arm’s reach, and while both men can earn empathy with a well-timed flick of the eyes, Arkin gets tapped far more often to emote and builds a much more complex, endearing character in the end.

Ultimately, it’s Lorre who doesn’t take full advantage of his stars. Working in the single-camera format for only the second time in his prolific career, the “Two and a Half Men” creator has a little trouble shaking the set-up/punchline format used to trigger consistent guffaws from the live audience (or laugh track) he’s always relied upon. Conversations between Stanley and Norman can feel too much like a rehearsed comedy routine to be taken as naturally as the filmic style and real locations suggest they should. 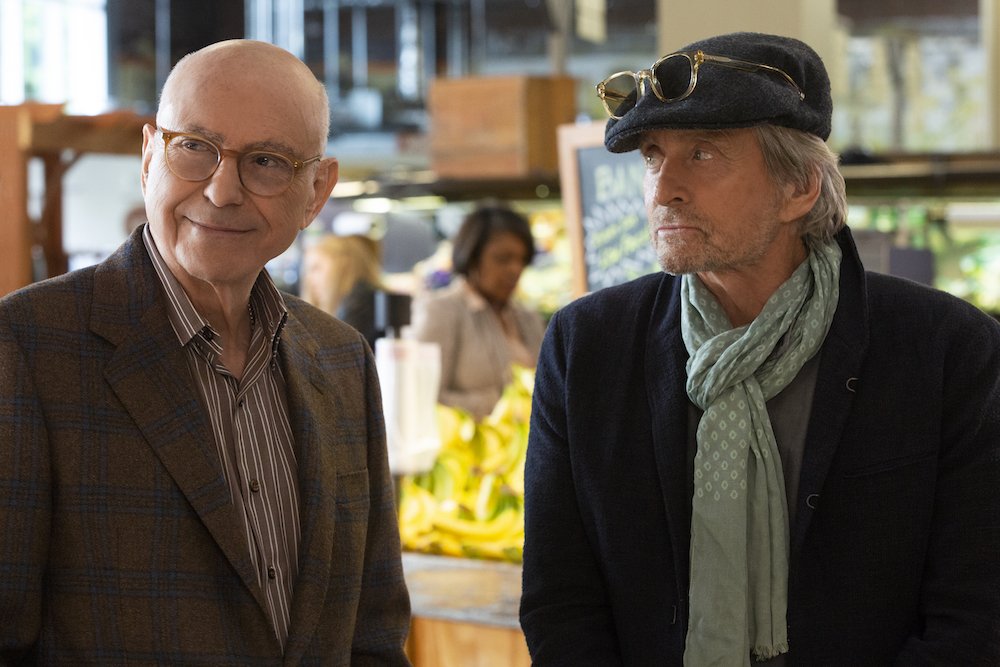 Still, what’s more annoying than the familiar cadences is how often Lorre leads his characters to the point of revelation and then leaves them stranded without imparting any wisdom. Stanley is given a few other challenges to overcome besides his nagging bladder, including lady troubles (that are all his fault) and the growing shadow of death (which he can only avoid so long), but even when he tackles his fears head-on, the best he can come up with are platitudes and a shrug. Often, it feels like he’s too worried about peeing to confront the painful reality outside the bathroom.

All that aside, it’s important not to simply dismiss Stanley’s perspective. As everyone gets older, their priorities shift, and valuing the chosen complaints of a younger character (like how hard it is to date online) over those of an older one (like how hard it is to pee) isn’t fair. Just because American society devalues anyone over the age of 49, doesn’t make their lives any less important — a point well-argued through careful illustration in “Grace and Frankie.”

However, “The Kominsky Method” shies away from such thoughtful story arcs and chosen focus. It comes close with Norman’s story, but relegating him to second fiddle shows how deeply Lorre really wants to mine the human condition. He’d rather make another joke about peeing, and while that may be what’s front of mind, these actors, stories, and the elderly in general deserve a show willing to dig deeper.

This Article is related to: Television and tagged Netflix, Reviews, The Kominsky Method