See what Park Chan-wook, Alexander Skarsgård, and Florence Pugh can pull off without saying a single word. 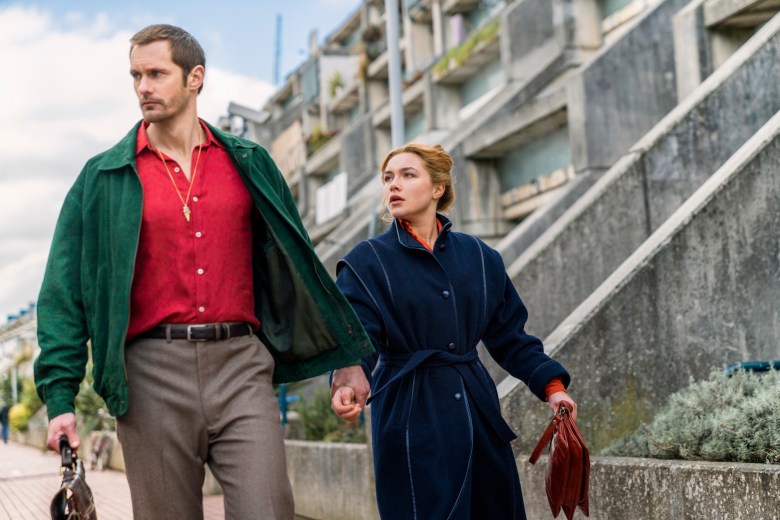 Sometimes, the mark of a good spy story is what gets said without any words at all. Such is the case for the new AMC limited series “The Little Drummer Girl.”

From director Park Chan-wook and based on a novel from legendary genre master John le Carré, the six-part series follows a 1970s London actress named Charlie (Florence Pugh) who gets dragged into an international espionage project by a handsome, shadowy figure named “Peter” (Alexander Skarsgård).

In an exclusive clip below, you can catch a glimpse of the danger that both Charlie and Peter face as they carry out their specific mission. It’s the kind of meticulous, ratcheted-up tension, done in a way only Park Chan-wook can. It may not have the technicolor wardrobe that blankets so many of the scenes in the series, but it still has that unmistakable atmosphere that only the ’70s can offer up. Toss in some big glasses and a menacing stranger lurking in the background, and there’s plenty to be nervous about for our protagonists.

As IndieWire’s Ben Travers put it in his review, “The director’s excitement crosses over for the audience. Like many of le Carré’s other international relations studies, ‘The Little Drummer Girl’ can be as burdened by specifics; however, this limited series finds inventive and eye-catching ways to convey its spycraft. Despite all the lies, games, performances, and plays, these characters have an authenticity that guts you.”

“The Little Drummer Girl” also stars Michael Shannon, Simona Brown, Clare Holman, Michael Moshonov, and was written by Michael Lesslie and Claire Wilson. The first four hours of the series are available to stream at AMC.com.

Watch the full clip (including more than one rack focus to die for) below:

This Article is related to: Television and tagged Alexander Skarsgård, AMC, The Little Drummer Girl