Andrew Lincoln might be leaving the show, but the zombie hit is a lot bigger than one man. 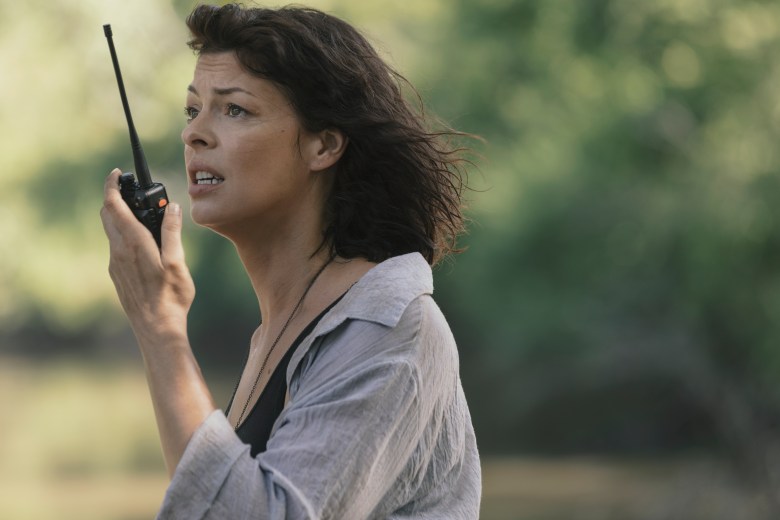 “The Walking Dead,” in its ninth season, has been upping the stakes more and more as it prepares for some seismic shifts, and in the exclusive clip below from Sunday’s episode, we see that life in the zombie apocalypse has no shortage of complications beyond the undead.

The next episode, entitled “What Comes After,” will be the last featuring Andrew Lincoln as Rick Grimes, but as always, the story of the show is bigger than just one man. So it’s fitting that this clip spotlights Jadis (Pollyanna McIntosh), the mysterious woman with technology that hints at a world beyond the communities established by Rick and his fellow survivors.

What does it mean, to have an “A”? And who is Jadis talking to on the other end of that walkie-talkie connection? These are just a few of the mysteries that the show has yet to answer, as it prepares to reveal Rick Grimes’ fate — who, as we saw him at the end of last week’s episode, was dealing with a minor case of impalement and a major case of an incoming zombie horde.

It’s been known for a while that Lincoln is leaving the show, giving the show’s dedicated audience time to prepare. So in addition to the clip above, check out this heartfelt tribute to Lincoln from the show’s cast and crew — a loving homage to the man who led the show since its very beginning, and has inspired everyone, including “best friend” Norman Reedus, for years.

This Article is related to: Television and tagged Andrew Lincoln, Pollyanna McIntosh, The Walking Dead