"Cobra Kai" is a hit, but these are the major hurdles that YouTube Premium's efforts still face. 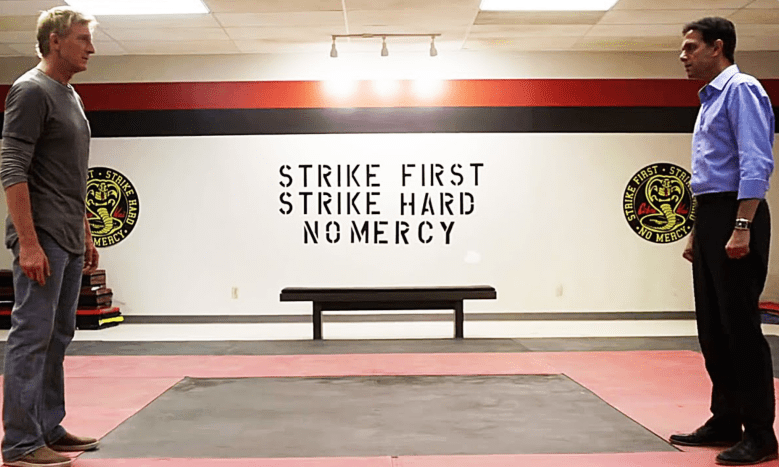 As things stand in the streaming platform arms race, the competition has separated into tiers. Netflix and Amazon have the longest reach, moving into territories around the globe with catered programming. Hulu has nabbed some awards success and, in “The Handmaid’s Tale,” still has a show that captured public attention in a way that few shows have.

Apple is (still) on the horizon; Facebook is on shaky ground, getting momentum for its content push. So where does that leave YouTube Premium, the SVOD arm of the revolutionary video platform?

Reports surfaced Tuesday that YouTube Premium is mulling two major developments. One would see the service slow development of new scripted programming, sticking with its current crop — including the surprise hit “Karate Kid” spinoff “Cobra Kai” — for the near future. (The internal explanation is their slate is well stocked for the next few years.) The other is possibly being open to an ad-supported version of YouTube Premium, which would be in addition to the current $11.99-a-month option for some subscribers. YouTube has placed some of its shows in front of a pay wall and others behind it; this move will eventually place shows in both.

Regardless of whether these moves are seen as mere reworkings, or retreat in the face of a landscape that’s only going to get more crowded with Disney+ and whatever WarnerMedia has cooked up, those aren’t the only challenges. YouTube Premium is a service that has shown occasional promise, but still has a hard road ahead to break into those upper ranks.

The development of an ad-supported system, on a granular level, is going to give YouTube Premium a problem. Like Hulu before it, which used to present itself as two versions of a product — one with ads and one dubbed Hulu Plus, a subscription that would eliminate ads — YouTube is muddying its own waters as to what people get from paying for the service.

Hulu now exists as largely a unified entity, but that’s only after wrestling with that huge initial branding problem, one that took months — and in some cases, years — to get people to forget that Hulu Plus was ever a thing. 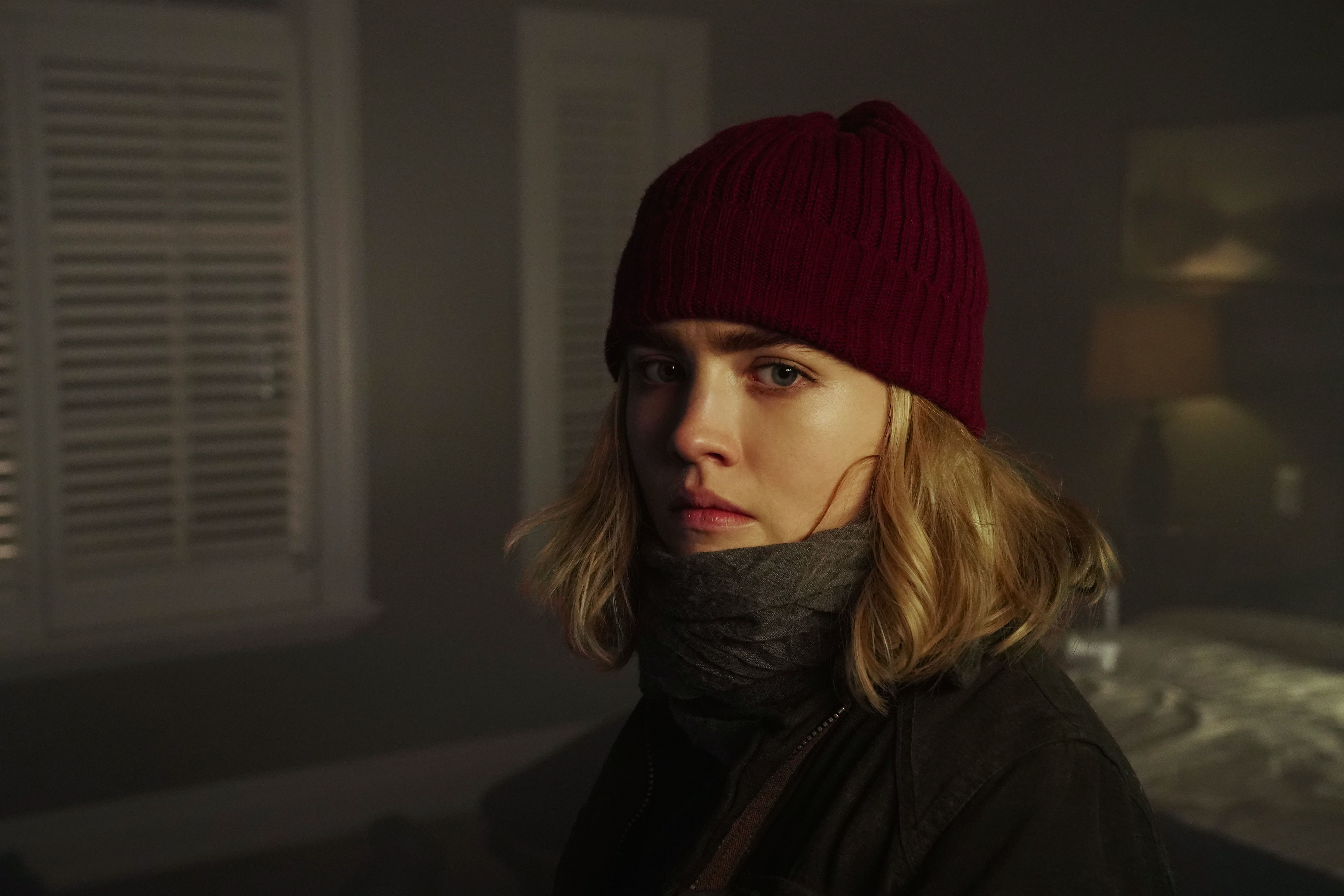 In hindsight, one thing that helped Netflix rise is it didn’t have to contend with its own content glut, or the ones it later inspired. Everything was about the prestige dramas; “Making a Murderer” would come, but that was after the platform helped revitalize interest in documentaries with its library, not its batch of originals.

To reach the level of options offered by its competitors, YouTube has to supplement shows like “Cobra Kai” with unscripted fare like “Best Shot,” the Jay Williams/LeBron James-produced youth basketball series. The move into docuseries seems to be part of the service’s plans going forward, with an Ariana Grande show reportedly in the works.

Acclaim and attention will come with that — “Best Shot” is nominated at this year’s International Documentary Association Awards and having a creative partnership with one of the biggest pop singers in the world never hurts — but it’s indicative of a service trying to spread itself across all genres, possibly at the expense of a single, marketable identity.

Trying to harness some of the platform’s cachet isn’t so much starting at square one, but digging out from under over a decade of learned behavior from how audiences engage with YouTube in the first place. Younger audiences may be used to watching channel offerings from live-streamers and tutorial offerers, but getting many viewers to engage with an hourlong drama (or even a shorter-length comedy) means rewiring people’s expectations as a site for premium programming and not momentary viral hits.

In this way, YouTube is a kindred spirit with Facebook, which is also trying to figure out how to capitalize on eyeballs by directing them towards the Facebook Watch element of the site. In either case, they’re working against expectations by asking people to not only reroute their habits away from why people visit the respective sites in the first place, but to stick around for an exponentially longer amount of time once they do. 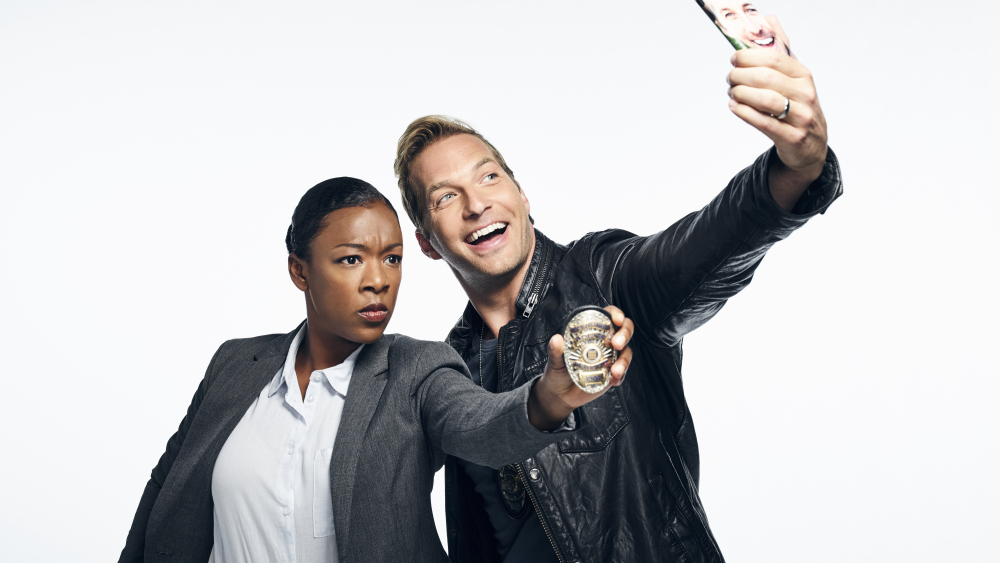 One of the biggest problems endemic to YouTube is that it’s not exactly operating from a position of autonomy. It’s had to juggle the predicaments of launching its content while competing with a live TV package (when ads were taking over this year’s MLB postseason coverage, the shows weren’t the main focus).

It’s a well-documented problem that Amazon certainly hasn’t been exempt from, as the casual viewer for years has juggled what exactly to call Prime Video. But as Amazon has made strides to clearly delineate its film and TV offerings — rebranding to “Amazon Movies” for its feature and theatrical efforts — YouTube Premium is still defining itself after dropping the “YouTube Red” label earlier this year.

That Premium is still tied to the remnants of a Google Play Music connection isn’t helping things either. While that might grow the subscriber base and pool of potential viewers, having music and original programming linked this way makes it harder for Alphabet and Google to consider them as separate entities. In some cases, like the Ariana Grande series, it offers a certain kind of synergy. But trying to prop up a mini-universe of sci-fi shows while also catering to people who just want to hear songs while the app plays in the background is forcing Premium to serve two different interests.

Getting “House of Cards” was a coup partly because it earned Netflix the David Fincher imprimatur. Even though the director’s involvement grew to be in name only, having him set the visual tone for the series helped lend both show and service some initial credence that helped it leapfrog on an awards stage, too.

YouTube Premium has had its share of experienced creators and stars. “Ryan Hansen Solves Crimes on Television*” is a gem, created by Rawson Marshall Thurber, who has a trio of $100 million-grossing movies under his belt. Doug Liman has lent very vocal support to “Impulse,” but even he’ll admit that the show is something of a second chance to redeem himself for the failure of his film “Jumper.”

What YouTube doesn’t have is an in-house rockstar and the exclusivity that having someone fully under the umbrella can bring. Competitors have the money to offer astronomical paydays for Greg Berlanti, Ryan Murphy, and Shonda Rimes (as Netflix has done) or give first-look deals to Jordan Peele and Viola Davis (like Amazon has). Without a giant name to stake a growing fleet of projects around, it’s another challenge in the way of creating a defining image. Instead, the most dependable creators on the YouTube platform are the personalities who command millions of subscribers on a single channel. Some of lent their talents to YouTube Originals, but it’s not a direct, one-to-one pipeline.

YouTube is now in a position where the defining element of its landmark scripted show is that it harkens back to “The Karate Kid,” a film that’s been in the public consciousness for over three decades. Nostalgia is a powerful weapon, but it’s the people wielding it that will give entertainment hubs a leg up in the content wars to come.