The film is scheduled to be released in UK theaters on Jan. 4. 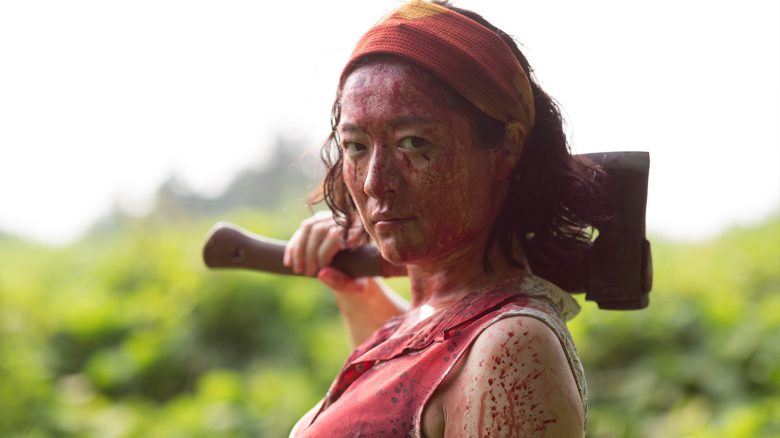 “One Cut of the Dead”

Don’t call it a Christmas miracle. “One Cut of the Dead,” the Japanese zombie comedy that has been charming critics on the festival circuit, mysteriously showed up for streaming on Amazon in the United States and the United Kingdom. The only problem? The film’s distributor didn’t approve that version of the film to be on Amazon at all.

The illegal copy caused a frenzy as the powers that be at Third Window Films, which handles distribution and sales of the film, tried to understand what had happened. In a tweet, the company alerted Amazon users of the problem, urging them not to watch the bootleg.

The @amazon and @AmazonUK PRIME version of ONE CUT OF THE DEAD is an unauthorized bootleg release of the film. As the film’s world sales agent and distributor, we didn’t put it on there and it shouldn’t be there. Please watch in UK cinemas from Jan 4!!

Fortunately, the pirated version had been taken down from both sites a few hours later. Third Window Films tweeted the update out but also used the post to demand better communication and accounting from Amazon.

“No apology or real explanation from Amazon,” reads the post. “Considering the financial and legal implications that’s a pretty poor show. Sort yourselves out @amazon!!!”

Thanks to everyone’s support we’ve managed to get the PIRATED version of ONE CUT OF THE DEAD off @primevideouk @PrimeVideo. No apology or real explanation from Amazon. Considering the financial and legal implications that’s a pretty poor show. Sort yourselves out @amazon!!!

In an email to Gizmodo, Third Window Films’ Adam Torel wrote, “Not sure how in this day and age films can be illegally uploaded to such major sites as Amazon which are supposed to be very strict about what they take on.”

The timing couldn’t have been worse. In just a few days, “One Cut of the Dead” is scheduled for a theatrical release in the U.K. on Jan. 4 with a DVD/Blu-Ray release on Jan. 28. The film had still been seeking a distributor stateside.

It’s been almost 15 years since “Shaun of the Dead” charmed moviegoers with its zombie comedy shenanigans, and finally the “One Cut of the Dead” appears it will do justice to that unique subgenre. According to IndieWire Senior Film Critic David Ehrlich, the charming and infectious movie is well worth the wait. Details on the theatrical and DVD/Blu-Ray releases can be found on the Third Window Films website.

In the 2017 Shinichiro Ueda film, a director is shooting a low-budget zombie film when a real zombie apocalypse breaks out. Naturally, the filmmaker can’t pass up the opportunity to shoot such authentic gore. The film made history by grossing more than a thousand times its budget of 3 million yen to 3,000 million yen in Japan.

This Article is related to: Film and tagged Amazon, Film Piracy, one cut of the dead