Peter Ramsey, one of the film's co-directors, is "floored" by Jenkins' praise. 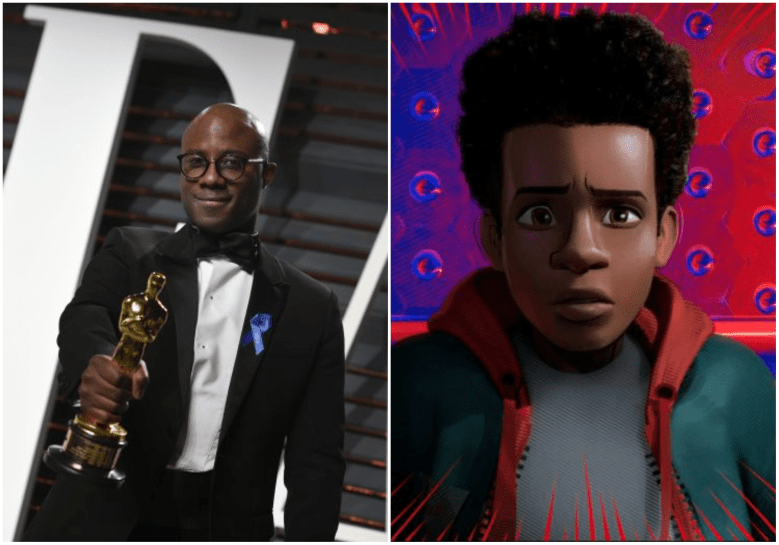 If you’ve been to Barry Jenkins’ Twitter in the last day or so, you already know how much the “Moonlight” and “If Beale Street Could Talk” director loved “Spider-Man: Into the Spider-Verse.” If you haven’t, take a look: “Certified hype: SPIDER-MAN #IntoTheSpiderVerse is magnificent!” he wrote. “In being the best SPIDER-MAN film ever, one of the best films this year period & best tentpole since EDGE OF TOMORROW! The things I felt watching this 👌🏿🙏🏿 Hats off to @pramsey342 and Miami’s own @philiplord & crew.”

Peter Ramsey, one of the film’s co-directors, saw Jenkins’ praise and responded simply, “oh man.” To that, Jenkins praised him even more: “I was stupefied. I mean just tremendous, tremendous work, so grounded and full of verve; visceral. Saw it on the biggest screen I could find, just a viscerally enthralling experience. I salute you.”

“Man, from the bottom of my and my co-directors’ @bob_persichetti and @rodneyrothman hearts, THANK YOU,” Ramsey replied. “No higher praise than from the man who made the most sensitive and emotionally powerful film I’ve seen in decades. I’m just floored.”

“Into the Spider-Verse” has earned widespread acclaim, including receiving the Best Animated Film prize from both the New York Film Critics Circle and Los Angeles Film Critics Association. It has received a Golden Globe nomination in the same category and is expected to receive an Oscar nod as well.

Certified hype: SPIDER-MAN #IntoTheSpiderVerse is magnificent! In being the best SPIDER-MAN film ever, one of the best films this year period & best tentpole since EDGE OF TOMORROW! The things I felt watching this 👌🏿🙏🏿 Hats off to @pramsey342 and Miami’s own @philiplord & crew 🙌🏿

No lie, the moment the credits rolled a kid in front of me (4/5 years old) turned to his dad and said aloud “Can we watch it again?!” And I understood the feeling, this is one of the few screeners I’ll be taking with me over the holiday, gotta see it again

This Article is related to: Film and tagged Barry Jenkins, Peter Ramsey, Spider-Man: Into the Spider-Verse