Hollywood’s top casting directors explain why “Black Panther,” “Roma,” and “Eighth Grade” are among the best-cast films of the year. 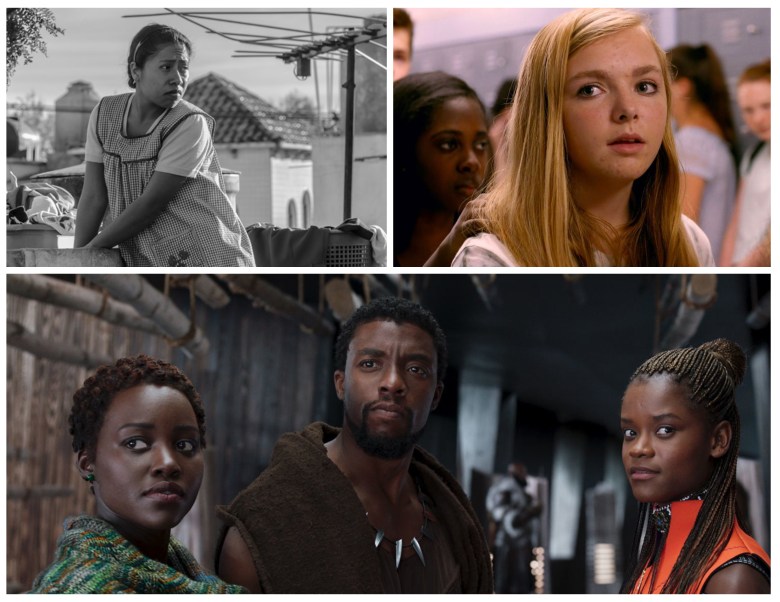 “Roma,” “Eighth Grade” and “Black Panther” are among the best cast films of 2018, according to casting directors

Casting directors have a strange distinction in the awards world: It’s a guild with an Academy branch, but without its own Oscar category. Imagine for a moment that there was one. What are the best-cast films of 2018? IndieWire reached out to a number of the film industry’s top casting directors to ask them to nominate one outstanding work this year.

What follows is another lens through which to see our favorite movies of the year. Many of us are quick to highlight beautiful cinematography, expressive production design, visceral editing, a narrative-driving score, or an individual standout performance. However, casting directors play a vital role in interpreting the visions of today’s best directors.

Many casting directors noted that there were still many films this year they hadn’t yet seen. One other restriction, which was imposed as responses came in: IndieWire capped the number of entries at two for “Black Panther,” “Eighth Grade,” and “Roma,” which were the most popular picks amongst the group of casting directors polled for this article.

The nominations appear in alphabetical order by film title. 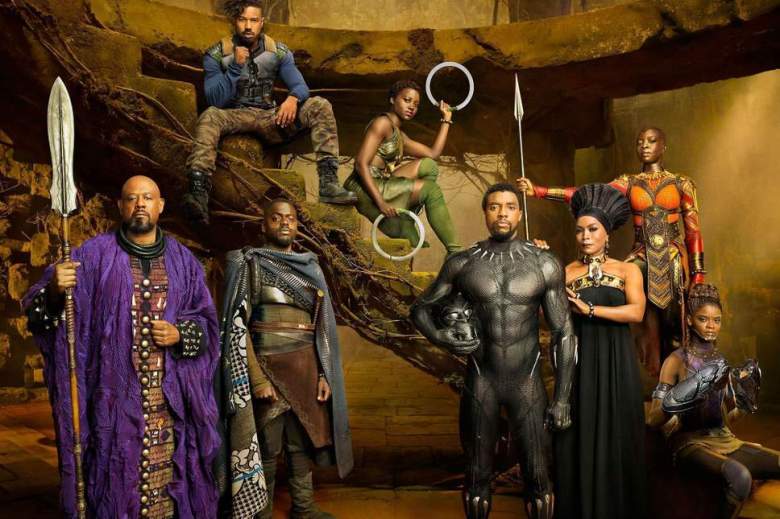 Cindy Tolan (“If Beale Street Could Talk,” “Straight Outta Compton”): To tell a story that is at the same time historic and futuristic, both classic and otherworldly, is one of the most challenging tasks a casting director can have. Add to that, that the film will be part of the Marvel [Cinematic Universe] and you’ve got a highly demanding albeit exciting task ahead of you.

Casting director Sarah Finn and director Ryan Coogler had to assemble a cast that could capture both the familiar superhero genre and the completely new black superhero idiom. Each actor had to be larger than life, uniquely individual, and yet be part of a whole greater than themselves.

Finn accomplished this by creating a unique ensemble comprised of dynamic actors all from different worlds; she truly did create a new universe. From Sterling K. Brown and Danai Gurira, both professionally trained at NYU MFA acting program, to Bambadjan Bamba, an undocumented immigrant actor from the Ivory Coast, to Letitia Wright, a Guyanese-born British actress, to Isaach De Bankole, a veteran of Jim Jarmusch films, and to Academy Award nominee, Angela Bassett, Finn built a single cohesive whole without losing each actor’s own individual voice. Not easy. Well done, Sarah Finn and Ryan Coogler.

Jennifer Euston (“Can You Ever Forgive Me?,” “Scott Pilgrim vs. the World”): Despite the very realistic projects I cast, I am and always have been a nerdy fangirl. Fantasy, horror, sci-fi, and superhero films and television are what I’ve thrived on since childhood. I’ve always thought these genres, most especially superhero films, never received enough credit for their casting—even before the Marvel Universe exploded on the scene over the last 10 years. In 1978, legendary casting director, Lynn Stalmaster cast “Superman” with Juilliard grad Christopher Reeve, Gene Hackman, and even Marlon Brando! No one’s been able to replicate that hero’s story ensemble although they try and try (sorry, DC Universe –but I love “Wonder Woman” and “The Dark Knight,” of course).

Similarly, no one will ever be able to recreate “Black Panther” with a better, more groundbreaking cast of actors from the smallest of roles to Chadwick Boseman, T’Challa himself. With the keys to Wakanda, Ryan Coogler was able to create a comic-book world that was still grounded and told a personal, family story with history and rivalry, love and hate. Sarah Finn was able to help him accomplish this by casting great black and African-American actors, established and up-and-coming, as well as character actors of all ages and types. From Sterling K. Brown’s emotional opening of the film (that would have not made such an impact with a lesser actor) to Forest Whitaker, Michael B. Jordan, Daniel Kaluuya, Winston Duke, Angela Bassett, and other strong female lead characters portrayed by Lupita Nyong’o, Danai Gurira, and breakout Letitia Wright. Ms. Finn cast each and every role memorable and specific. It was so exciting to watch every fresh face working alongside familiar actors we’ve had in our lives for years.

Sarah Finn has populated the MCU over the past 10 years with actors who have become iconic, household names. As a fellow casting director, I know this kind of casting is not easy. She needs to find women and men who can transform into literal heroes and villains who audiences believe in and care about so much they want to see more and more of them. No pressure! Sarah succeeded, and we all saw what happens when you cast the right actors in right the roles, rather than aiming for star power. “Black Panther” broke box-office records and made over a billion dollars. It is proof to closed-minded studios and producers that a black and African-American cast is as valuable as other superhero blockbusters — not only monetarily, but creatively as well. 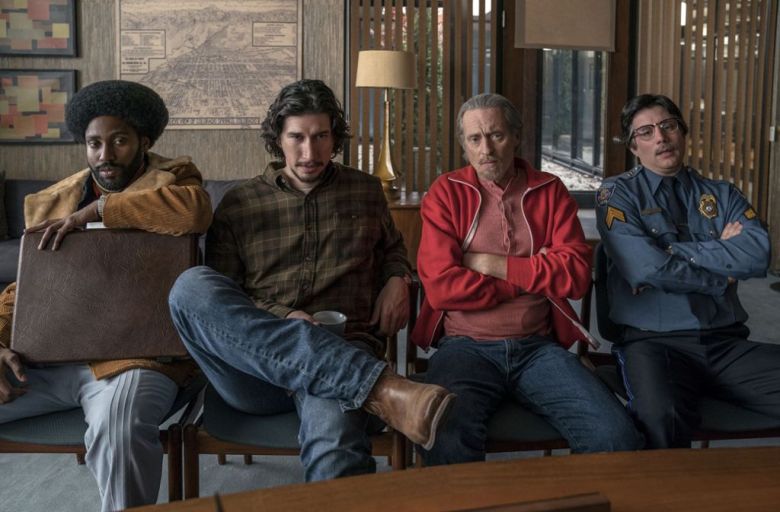 Ellen Chenoweth (“The Ballad of Buster Scruggs,” “No Country for Old Men”): Kim Coleman assembled such a great cast on “BlacKkKlansman”. There seems to be an understanding between her and Spike Lee, which is so important in producing the best casts. When we’re fortunate enough to have these collaborations, we all do our best work. I love the way Kim spiced the cast up between relative newcomers like John David Washington and Laura Harrier (both so good) and veterans like Michael Buscemi, Adam Driver, Ryan Eggold, Isiah Whitlock Jr., and Topher Grace, perfectly embodying the banality of evil as KKK head David Duke. Add to this three of my favorite actors: Ashlie Atkinson, Paul Walter Hauser, and Corey Hawkins. What a wild story, brought alive and elevated to another level by Kim’s work.

“Can You Ever Forgive Me,” Casting By Jennifer Euston 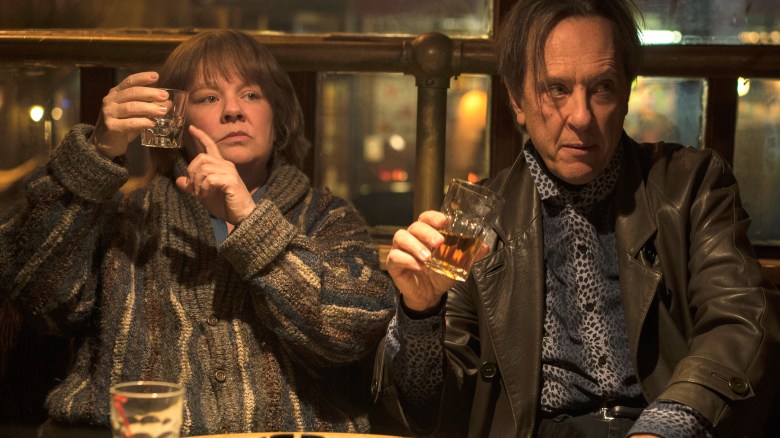 Allison Jones (“Eighth Grade,” “Lady Bird,” “Mid90s”): The shrewd casting for “Can You Ever Forgive Me“ was crucial to its impact on me. Melissa McCarthy made the character of Lee Israel fascinating – not necessarily likable, but riveting. Richard E. Grant, Dolly Wells, and Stephen Spinella all created the NY literary world so believably – from Dolly’s careful articulation and Richard’s bohemian, sad but daring character, to Spinella’s intelligent specificity as a rare book dealer. Every character made me feel like this world was as competitive, challenging, and inscrutable as Lee Israel must have been.

This would not have worked as well with any other actors, thanks to Jen Euston’s understanding of putting the qualities of the role first, and the chemistry between actor and writing. A perfect cast.

Kim Coleman (“BlacKkKlansman,” “Dear White People”): There are a lot of great movies out this year, but one that stood out to me from an acting/casting standpoint is “Can You Ever Forgive Me?,” directed by Marielle Heller with casting by Jennifer Euston.

In this movie, Melissa McCarthy tackled a more serious role than I’m used to seeing her play, portraying a real-life author desperate to remain relevant at any cost. I found her performance to be engaging, believable, and relatable as a damaged artist who just wanted the world to hear her voice. Although she was guilty of the crimes she committed, I found it easy to sympathize with her plight. Melissa dug deep to make us root for her character despite her untruthfulness. Her interpretation of Lee Israel provoked a sense of sadness and hope as she struggled to regain a life she once had.

Another stand out to me was Richard E. Grant. He took on the role of Jack Hock, a down-on-his-luck man who failed to live up to the expectations he set for himself despite his charm and appeal, and now must do whatever he needs to survive. Grant made compelling choices and provided the perfect balance with McCarthy. I was completely immersed in their world as they faced the consequences of the decisions they made along the way.

Kudos to Jennifer Euston, whom I adore and has an incredible eye for talent. She rounded out the cast with an outstanding supporting group including Jane Curtin, Dolly Wells, Anna Deavere Smith and Stephen Spinella — brilliant performers who enhanced the world of the story through their subtle yet impactful performances. 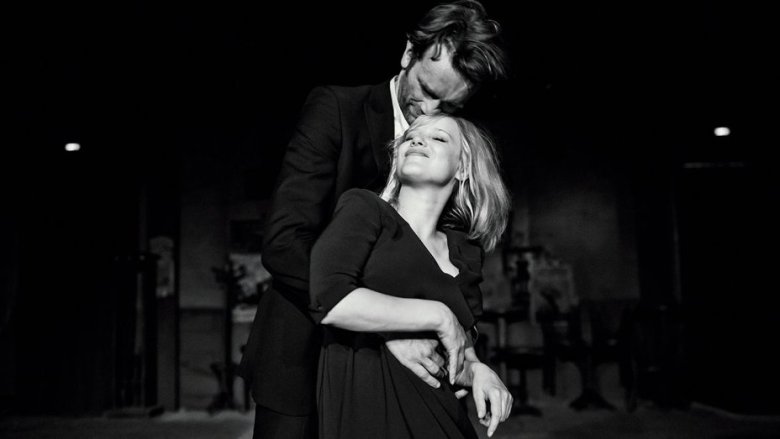 Lucy Bevan (“Christopher Robin,” “Ready Player One”): From the opening scenes of “Cold War,” the audience is transported into a bleak time in history as if it were real time. The brilliant and detailed casting of all the people in the villages transports you further than any computer-generated imagery could. Joanna Kulig and Tomasz Kot give memorable and heartbreaking lead performances, supported by Agata Kulesza (great to see her again after her fine work in Pawlikowski’s “Ida”), Borys Szyc, Jeanne Balibar and lots of other fine Polish actors. From the bureaucrats in Poland to the party people in the smoky bars of Paris, each scene is filled with great actors all of whom feel completely authentic and of the time and place. Magdalena Szwarcbart, you did an amazing job! 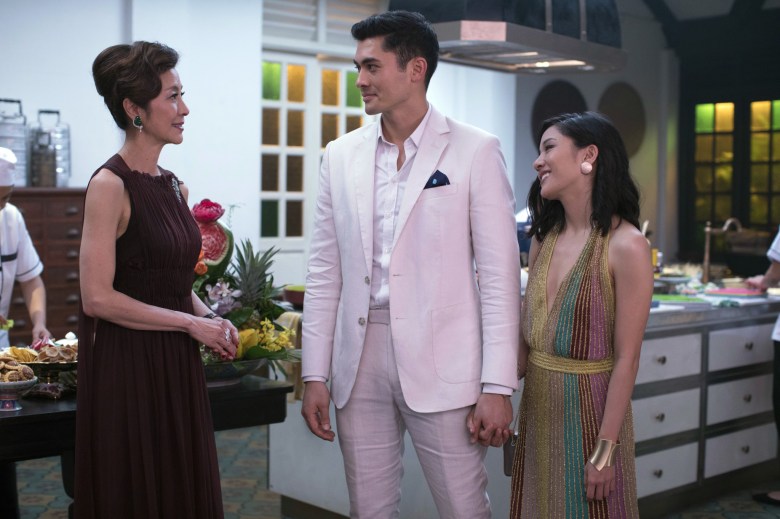 Sarah Finn (“Black Panther,” “Avengers: Infinity War”): There are so many exciting options to choose from in celebrating the best cast film of the year, but the first one that comes to mind is Terri Taylor’s genius ensemble in “Crazy Rich Asians.” Although awards season tends to favor dramatic and serious works, when you’re looking at the craft of casting, the work is no less significant or valuable in a romantic comedy (or any other genre, for that matter.) The breadth and scope of this cast, including breakout new stars as well as veteran actors, is without a doubt part of the film’s magic and success. Indeed much of the enjoyment and discussion of the film revolves around the freshness and uniqueness of its all-Asian cast.

Terri Taylor brilliantly combined legendary heavyweights like Michelle Yeoh with newly discovered talent like romantic lead Henry Golding and breakout stars like Awkwafina. In Constance Wu’s casting, she chose an actress known already on television who burst onto the big screen with tremendous appeal, range and charisma. She searched literally around the globe, with the help of regional casting directors, to round out each role with a perfectly chosen actor bringing more spark and dimension to the film.  And she took chances mixing comedians with dramatic actors to stunning effect. In creating a balanced, witty, and immensely entertaining cast, she broke the mold yet again and surely contributed to the film’s enormous impact.

Page 1 of 3
Continue Reading: The Best Cast Films of 2018, According to Casting Directors

This Article is related to: Awards and tagged Black Panther, Casting Directors, Eighth Grade, Roma, Toolkit, Top of the Line