TV tears us apart, and TV can bring us together. 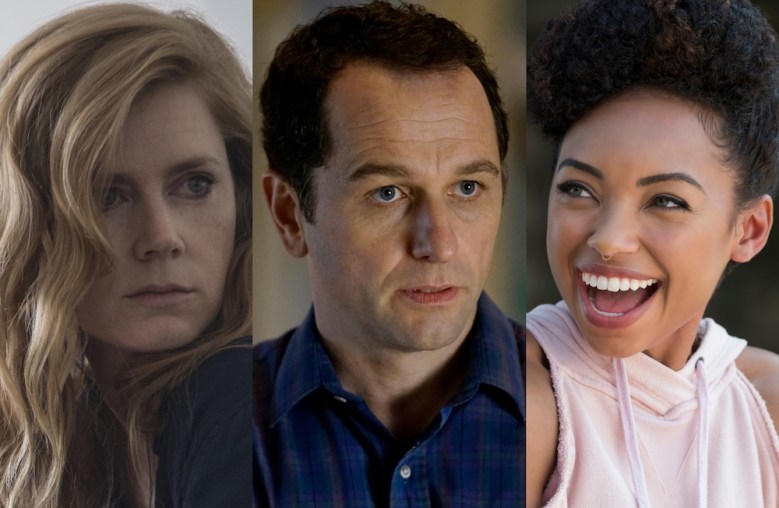 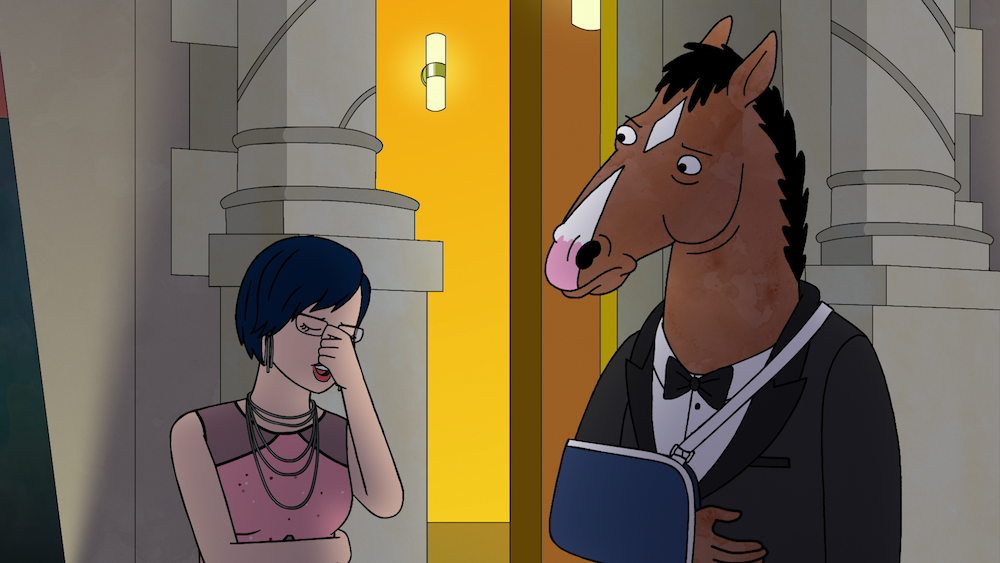 There are so many reasons why this latest season of the smart, savvy, and heartbreaking comedy deserves recognition, but let’s focus on this: In an environment all too comfortable with letting the worst instincts of man be the basis of what we now consider to be “prestige TV,” “BoJack Horseman” uses its position to attack those accepted notions directly. As a character, BoJack could be considered a direct descendent to the likes of Don Draper and Tony Soprano, but their shows could never so directly illustrate how the moral bankruptcy a “male antihero” exhibits on screen can enable crappy behavior in the real world. Season 5 is ruthlessly entertaining and equally unrelenting in reckoning with its flaws, “BoJack” is made of emboldened creative decisions able to serve the story as often as it examines itself. In doing so, it’s growing beyond compare. 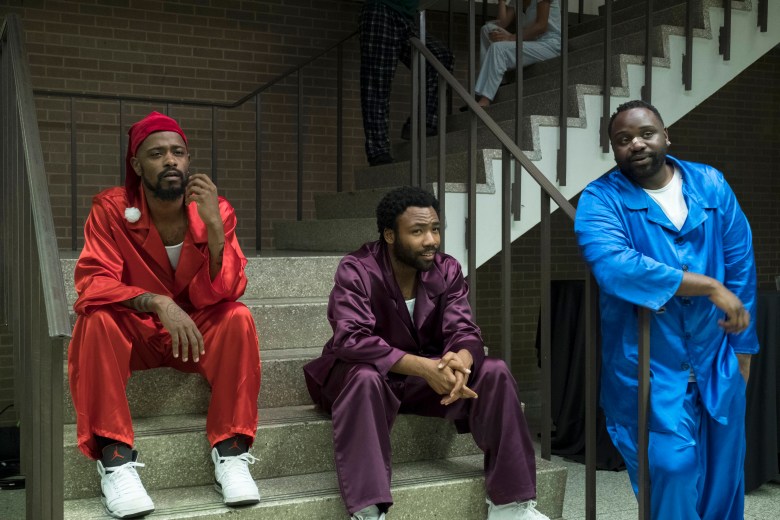 Donald Glover & Co. had already delivered a tonally unique first season, pushing the boundaries of what a comedy could be. But in Season 2 “Atlanta” completely gerrymandered those borders, creating a whole new beast of disquieting horror and danger that still never compromised humor. And while the bizarre nightmare of “Teddy Perkins” gets the lion’s share of attention, the beauty of this sophomore outing can be found in each episode. From the brilliance of Florida Man in the premiere to Bibby’s ever-evolving excuses, the season was full of slice-of-life moments and intriguing oddities that melded humor with razor-sharp insight and magical realism. Strange and beautiful yet frightening and unnerving, Season 2 created a version of “Atlanta” that viewers may not completely understand, but can certainly feel. 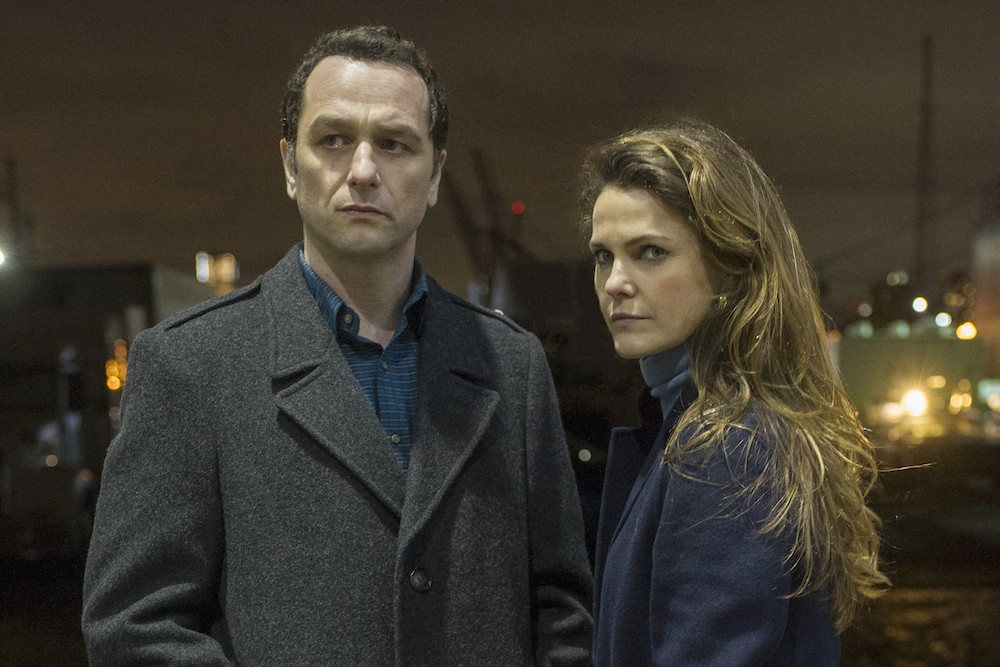 For years, Joe Weisberg and Joel Fields’ critically adored spy thriller faced the same unspoken complaint from the hundreds of millions of viewers who didn’t tune in, despite a wealth of good reason: Why so slow? Even the FX series’ most stalwart defenders, the ones whose adoration went so far as to harken parody, buckled to the accusation in Season 5, wondering why the electric unpacking of romance, relationships, and family life in Cold War America suddenly suffered such erratic spurts of momentum.

No matter. Season 6 laid all doubts to rest, delivering the most pulse-pounding action since its first run and finishing with such a flourish, fans would be hard-pressed to remember anything other than breathless anxiety. OK, they”ll always remember the wigs, the accents, the trips to Russia, the American Rezidentura, the beers between neighbors, the EST meetings, the childhood training, the axe, and the eyes and ears always watching, always listening. They’ll remember Keri Russell and Matthew Rhys acting their assess off in a stunning finale, while Holly Taylor, Margo Martindale, and Noah Emmerich imbue their characters with unforgettable strength.

“The Americans” raises questions about whose side you’re on and why; about the nature of loyalty within a country and a marriage. Over the years, it took the time to study answers that continue to evolve on a national and individual basis. But Season 6 didn’t waste a moment. For all the would-be watchers from the last six years, all those folks who were too busy to watch in real-time and about to catch up on one of television’s best-ever programs, remember this: Slow and steady wins the race, and “The Americans” had a steady hand when it mattered most. 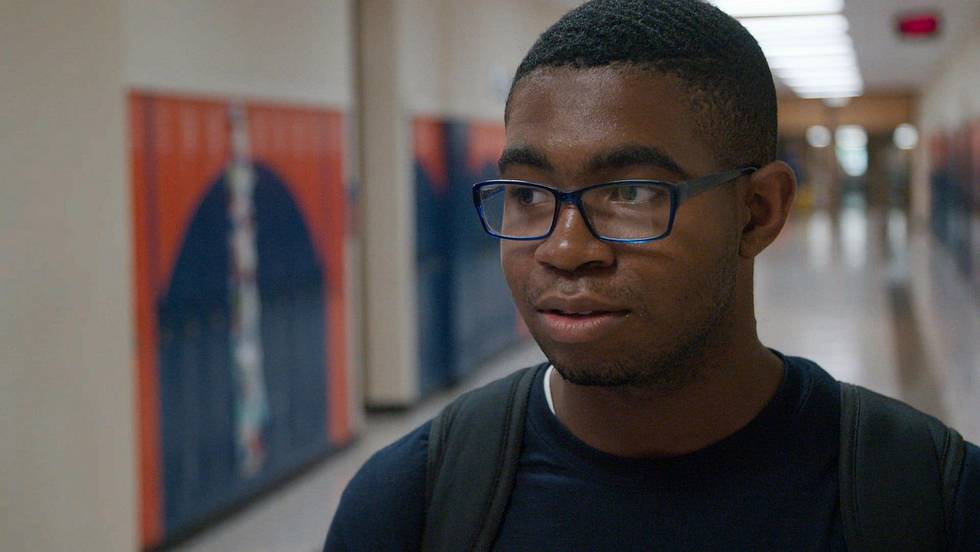 Charles Donalson III in “America to Me”

Steve James’ enriching docuseries, acquired out of Sundance by Starz, spends a year in a Chicago suburb’s high school, getting to know the kids within it, the teachers who advise them, and the inconspicuous forces creating racial inequality. Filled with smiling faces and well-off families, this isn’t poverty porn. Nor is it a cold, stats-driven look at human issues. “America to Me” is fun. It gives off good vibes and each episode builds more layers to each character. No documentarian has examined systemic disparities on such a granular level, but James never loses sight of the big picture. This docuseries is revealing — perhaps the most significant examination of how America’s bleak history with race affects even our most well-meaning institutions — but it’s also rewarding. Seek it out, and sit with it. – Ben Travers, TV Critic

Beau Willimon’s return to television, after departing “House of Cards” following Season 4, is everything his debut was not. Hopeful to the point of inspirational and as brightly lit as the North Star, “The First” focuses on why mankind needs to not only look to the stars, but travel through them. In doing so, it defines human passion, drive, and sacrifice better than any speech or mission statement could. Willimon’s episodes span perspectives, quickly moving beyond Sean Penn’s ostensible lead to a diverse team of astronauts; so imaginative and grounded in character are their stories, each installment flies by only to make you want to start the story over right then. Few TV series have carried such earnest ambitions in these dark times, and none have succeeded in instilling those dreams so thoroughly in their audience. “The First” may not travel to Mars in Season 1, but it creates a compulsion in the audience for the trip. – Ben Travers, TV Critic 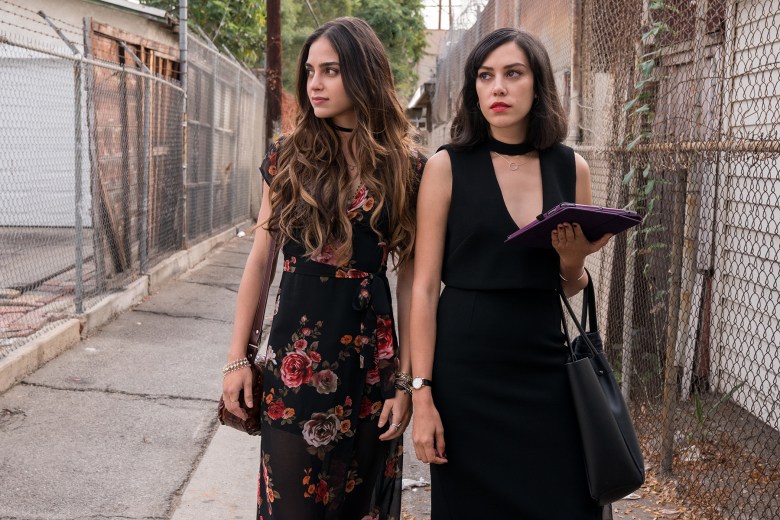 Even though comedies like “One Day at a Time” and telenovela homages like “Ugly Betty” and “Jane the Virgin” paved the way, the Latin American experience has never been captured so beautifully on TV before “Vida.” The brief, six-episode Starz series by Tanya Saracho — based on a short story by Richard Villegas, Jr. — packs in so much truth, insight, and humor that this feels like cameras just wandered into Boyle Heights. While sisters Lyn (Melissa Barrera) and Emma (Michel Prada) come to terms with their mother’s death and her secret — a wife named Eddy (Ser Anzoategui) — the neighborhood is undergoing vast changes. As its name “Vida” suggests, this series is full of life. It’s brighter than the cheap lipstick that leaves a mark, it’s more perceptive than the impromptu sex that reveals one’s true feelings, and yet it’s sweeter than all the various flans that can be found at a gathering. – Hanh Nguyen, Senior Editor

Yes, the groundbreaking nature of “Pose” casting multiple transgender actors should be celebrated, it should be shouted, it should be announced with spunk and sparkle by none other than Pray Tell. But beyond the representation angle are beautiful storytelling and performances: Indya Moore is captivating, MJ Rodriguez is inspiring, and Billy Porter is commanding. This look at ball culture is vibrant and fascinating, but no more than it’s affecting and compassionate. Even before airing its bittersweet Christmas episode, “Pose” delivered all of the heart and soul underlying the original balls’ joyous struts — and all to a killer ‘80s soundtrack. – Hanh Nguyen, Senior Editor 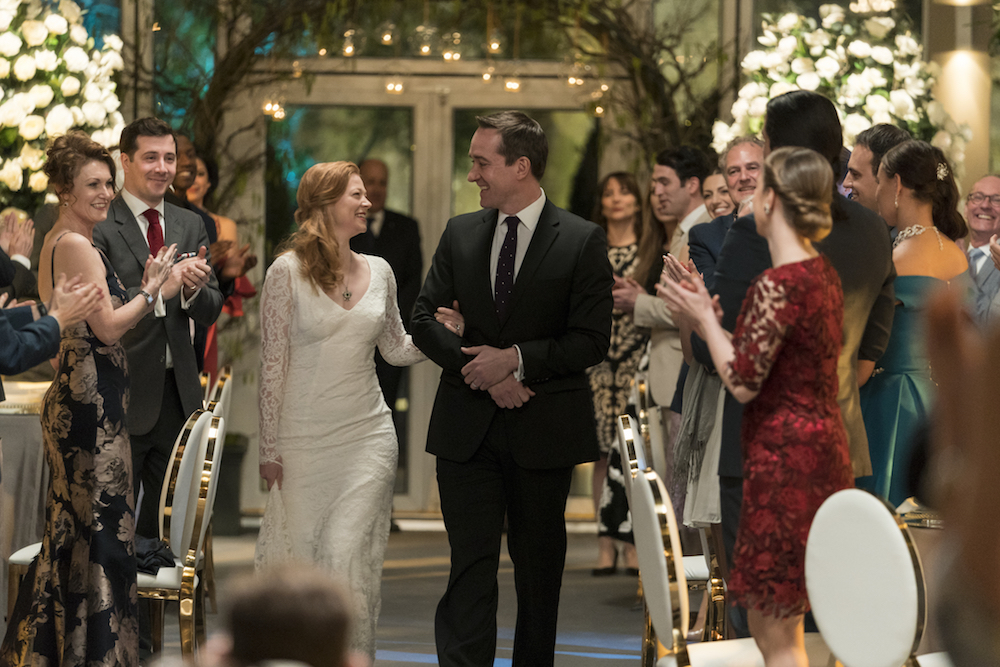 This year brought no shortage of fantastic TV grappling with what powers the engine of 2018 America. “Corporate” fixes its laser-sharp focus on the private sector, “Wyatt Cenac’s Problem Areas” and “Flint Town” both look at the shifting perceptions of law enforcement, and “Detroiters” takes a different view of the marketing world for a much-needed dose of goofiness and heart. While some dispute its merits, no other show on TV takes on the excesses of wealth and privilege with quite the scalpel that Jesse Armstrong & Co. do in “Succession.” Effortlessly switching between pulse-pounding familial showdowns and hijinks in super-private warehouse clubs, this HBO gem is a double dose of sad hilarity and hilarious sadness. Each episode brings a standout character and performance to view this cutthroat, sometimes-oafish mega-conglomerate through; sometimes it’s the naive outsider, other times it’s the snobbish forgotten son, and often it’s through the only person sensible enough to leave the entire company well enough alone. Inviting comparisons to Shakespearean families of old and the brood currently occupying the highest offices in American government, “Succession” spares exactly no one in the process. – Steve Greene, Staff Writer

Over its four seasons, “Casual” remained one of the brightest pieces of the Hulu puzzle. It approaches an atypical set of sibling and parent/child relationships through the way three characters choose to both upend and fulfill the expectations of their shared past. Where the show occasionally takes its time tracking the aftermath of mammoth life events, the comedy’s farewell season hurtles into the future to find a world where dating, love, and companionship still carry all the same messiness, only with a few extra gadgets in tow. “Casual” kills the NFL, cultivates the best soundtrack anywhere, puts one of the great recent TV romances through a bleak ending and a new beginning, and still manages to maintain a core sense of humanity in a world that could have easily succumb to something way more stylized and unsatisfying. There will always be a special place for series that make their endings feel like a fresh start of something incredible happening right beyond the story’s edge. – Steve Greene, Staff Writer 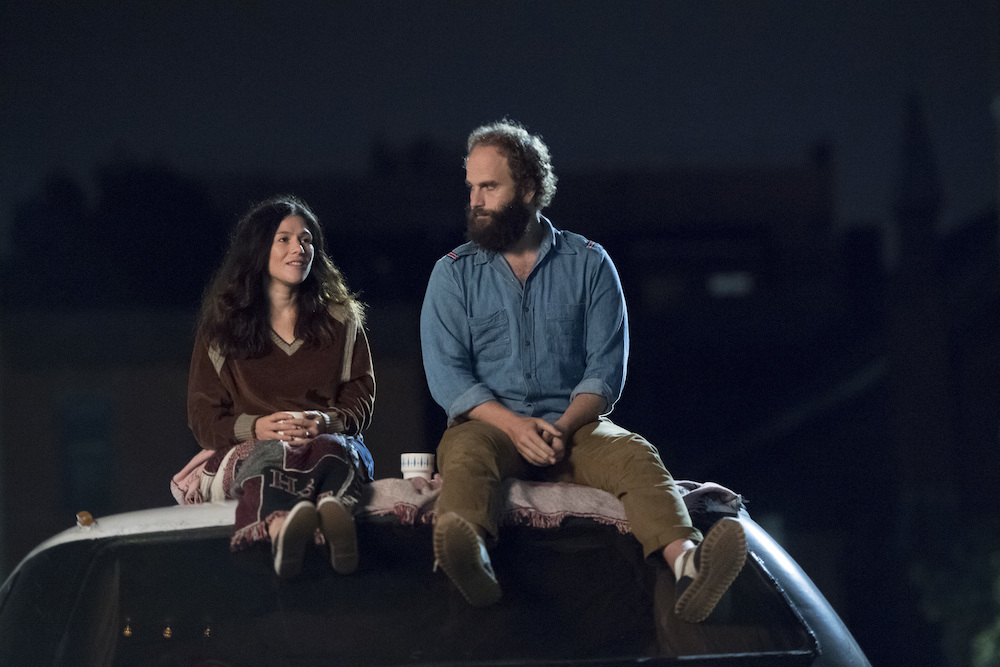 “High Maintenance” has never pushed the message that happiness stems from paying a guy (in the series, a guy named Guy and played by Ben Sinclair) to deliver you weed. Instead, pot consumption is as commonplace as wine or sex — elements which remain a constant part of this show’s heart-renewing take on humanity, even when its grosser elements are on display. As an anthology series, there are plenty of opportunities to highlight the cornucopia of characters’ dark sides, but instead, those served by Guy far more often represent the best of what New Yorkers (and beyond) can be. Not just because they’re high, but because they’re alive, and they know it. – Liz Shannon Miller, TV Editor

Season 2 of the Emmy-winning Hulu drama didn’t rein in the same level of critical appeal as Season 1 (though that’s a tough order to fill). While many questioned the expanded episode order, as well as the decision to expand the story of the original novel beyond the previously-written ending, there’s a lot to recommend in Season 2, especially in the back half of the season, when the political realities of this world coalesced. There are so many reasons to push back against this show — the matter-of-fact brutality it showcases, the pacing issues created by dipping into other storylines — but “Handmaid’s Tale” remains game-changing, vibrant, and essential for the same reasons it captured viewers’ imaginations in the first place: Gilead might be a fictional world, but more and more often, it feels inescapable. – Liz Shannon Miller, TV Editor

This Article is related to: Television and tagged Atlanta, The Americans, Year in Review 2018