The actress told Andy Cohen on CNN's New Year's Eve Live broadcast when to expect the return of the HBO hit series. 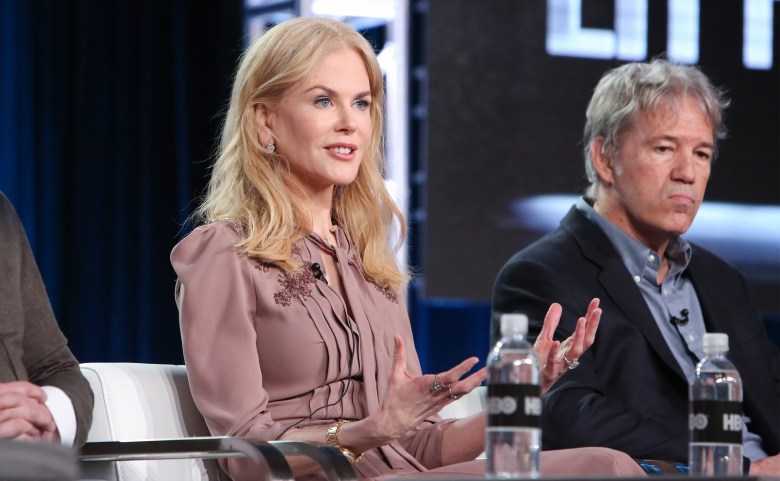 Nicole Kidman made a surprise appearance with her husband Keith Urban on CNN’s “New Year’s Eve Live with Anderson Cooper and Andy Cohen” December 31 and shared a key bit of intel fans of “Big Little Lies” have been eagerly awaiting. Cohen asked her when the second season will debut on HBO and Kidman replied, “It’s looking like June. I think June.”

“Big Little Lies,” the story of three troubled women (Kidman, Shailene Woodley, and Reese Witherspoon) who get tangled up in a murder investigation, was a smash hit for HBO in the spring of 2017. The only problem was that it was intended to be a limited series, with the story told in Liane Moriarty’s original novel all but exhausted. In the interview with Cohen and Cooper, Kidman cited fan enthusiasm as the main reason for Season 2 happening at all.

Season 2 will also include Meryl Streep as Mary Louise Wright the mother-in-law of Kidman’s Celeste and mother of Celeste’s husband Perry (Alexander Skarsgård), and will pick up following the surprising twist that ended Season 1. That first season was entirely written by David E. Kelley and directed by “Wild” and “Dallas Buyers Club” helmer Jean-Marc Vallée, with Reese Witherspoon serving as an executive producer. Laura Dern, Jeffrey Nordling, Zoë Kravitz, James Tupper, and Adam Scott rounded out the cast.

As senior editor Hanh Nguyen wrote in the IndieWire TV team’s 20 most anticipated returning TV shows of 2019, author Moriarty “had the actress in mind when creating the character of Mary Louise, Madeline’s imposing mother-in-law. Suddenly, a second season didn’t just seem like a good idea; it was essential. Plot details are scarce other than Mary Louise dropping in to become the mother of all demanding mothers in Monterey, but that’s more than enough to convince viewers to take a chance on the second season that was never supposed to happen.”

Keith Urban has regularly appeared on CNN’s “New Year’s Eve Live” show the past few years, and Kidman always makes an appearance though rarely submits to an interview. As part of the broadcast Cooper and Cohen also spoke to Faye Dunaway, who, when asked about her various leading men, called Jack Nicholson “the best” and Warren Beatty “complicated” — did she have a romance with the latter? “Not really,” Dunaway said. It was best to turn the channel before Cooper started talking about his mother’s affair with Marlon Brando, though.