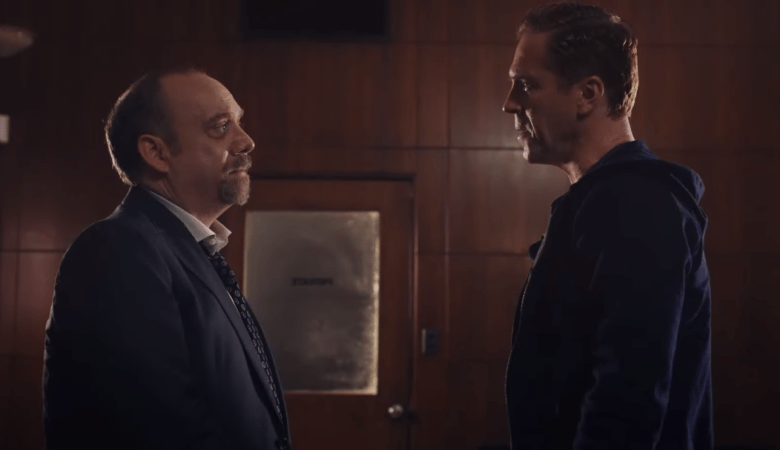 What’s better than watching Paul Giamatti, Damian Lewis, Maggie Siff, and Asia Kate Dillon play characters who stare at their enemies with the intensity of a thousand very expensive laser beams? Watching them do it whilst Jeffrey DeMunn yells at someone from across chambers.

For people with those very specific interests, Showtime just happens to have a “Billions” Season 4 teaser trailer at the ready. The upcoming batch of episodes, set to premiere next March, takes place after the events of this past summer’s blistering season finale that saw the New York high rollers’ fortunes take some unexpected turns.

While it might take some getting used to seeing former cutthroat enemies Chuck (Giamatti) and Axe (Lewis) clinking glasses and forming a tenuous alliance against their new common foes, this new teaser gives a taste of what’s to come.

In addition to the aforementioned cast, Season 4 also brings back John Malkovich as Grigor Andolov, one of the headliners of the new bloc of foes standing in these newfound allies’ way. (Clancy Brown’s Jock Jeffcoat, one of Andolov’s associates, doesn’t look like he’s got any niceties planned for the next season either.) Together, all of these shifting allegiances and desire for financial extermination sets the battleground for a money-based war that almost definitely won’t leave everyone standing at the end.

Toby Leonard Moore, David Costabile, Condola Rashad, Kelly AuCoin, and Malin Akerman round out the returning ensemble. In addition, the Season 4 cast will be rounded out with the talents of Kevin Pollak, Samantha Mathis, Jade Eshete and Nina Arianda.

Watch the first teaser — complete with the usual assortment of fancy cars, lavish private jets, floor-to-ceiling glass walls, and (why not?) suspenders — below:

This Article is related to: Television and tagged Billions, Paul Giamatti, Showtime