The constant barrage of Twitter memes suggest it could be. 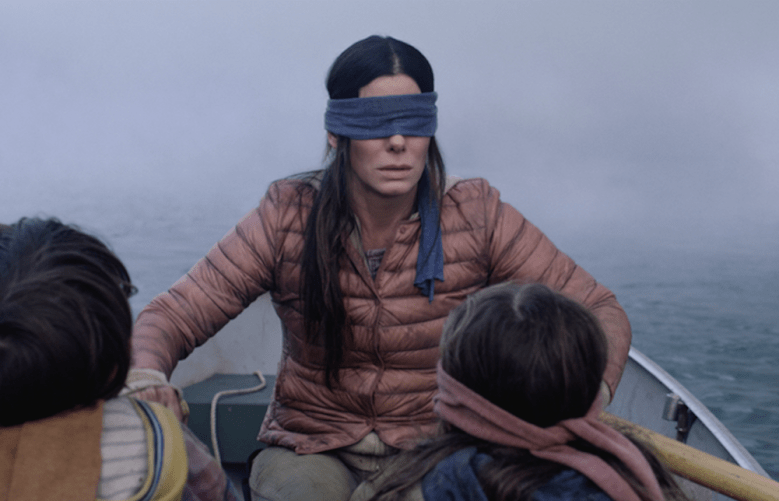 If you haven’t watched “Bird Box” yet and want to avoid spoilers, stay off Twitter. Susanne Bier’s post-apocalyptic thriller has been trending on social media since debuting on Netflix a week ago, with much of the discourse being centered around (what else?) memes. It hasn’t reached the saturation point of, say, the Prequel Memes subreddit, but the constant chatter suggests that viewers are responding to Sandra Bullock’s blindfolded adventure with the same mix of genuine affection and irony that sustains such online phenomena as Nicolas Cage and “Star Wars” Episodes I–III.

Could this be Netflix’s first cult classic?

Such things are difficult to quantify, as the streaming service is notoriously tight-lipped about how many people watch a given movie or show, but it broke its silence to share the news that “45,037,125 Netflix accounts have already watched Bird Box” — the highest seven-day total in Netflix’s history, though the streaming giant has yet to quantify what counts as a view. If that many people had seen it in theaters, the movie would have grossed more than $400 million already.

Maybe “Bird Box” is less a cult classic and more a blockbuster.

Having helped usher in this year’s rom-com resurgence in addition to giving a home to auteur projects like “Roma” and “Happy as Lazzaro,” Ted Sarandos and his cohort seem intent on cornering the market on, well, just about everything. “Bird Box” has received good-but-not-great reviews — this writer’s is one of the more positive on Metacritic, where its score of 52 indicates “mixed or average reviews” — but that’s never stopped a film from taking on a life of its own if enough people are into it. That’s certainly the case with “Bird Box,” the spooky premise of which lends itself to heightened reactions: A powerful entity emerges out of nowhere one day and, if gaze upon, causes all those who’ve done so to instantly kill themselves.

Crucially, we never actually see this force — or creatures, as it/they are sometimes referred to. That’s allowed for much creative license on the part of the thousands of Twitter users who’ve taken it upon themselves to turn this nightmarish hellscape into a meme factory. You can’t look at whatever’s on the other side of your blindfold, but at least you can look at these:

The birds each time they opened the box 😭

Malorie: and your name will be Tom

Me when Gary started whippin’ out his scary ass drawings #birdbox pic.twitter.com/IXmeeD1VOw

me going into the kitchen to get something to drink after watching #BirdBox pic.twitter.com/HpZGNwvZAL

This Article is related to: Film and tagged Bird Box, Netflix, Sandra Bullock