The movie can run from 40 minutes to over two hours depending on the choices the viewer makes. 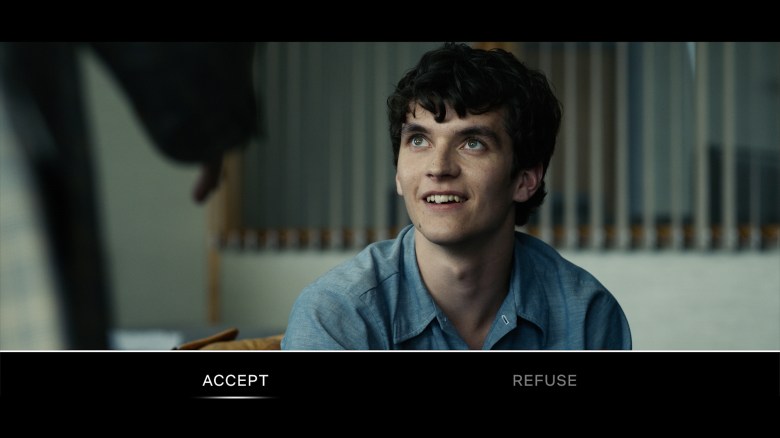 After months of speculation, “Black Mirror” has finally dropped its first original movie and its first interactive choose-your-own-adventure project in the form of “Bandersnatch.” The movie, set in 1984, is directed by David Slade and stars “Dunkirk” breakout Fionn Whitehead as Stefan, who struggles to keep his sanity as he adapts a multiple-choice science-fiction book into a pioneering video game.

On the heels of “Bandersnatch” debuting on Netflix, Variety released a deep dive into the project’s making. As viewers watch the movie, they are presented with storytelling options that pivot the narrative to varying degrees. Variety reports there are five different possible endings to “Bandersnatch” and “over a trillion unique permutations of the story.” Some of the choices are less impactful than others. One of the first choices, for instance, is to choose which cereal Stefan eats in the morning, the answer to which doesn’t change the main narrative.

As previously reported, Slade and Netflix shot over five hours of footage for “Bandersnatch.” According to Variety, the shortest runtime for the movie based on viewer choices is around 40 minutes. The average viewing time runs around the 90-minute mark, although certain permutations of the story could result in a runtime of two-hours-and-a-half.

The most intriguing detail in Variety’s story is that Netflix had to change the way it streams content in order to play “Bandersnatch.” Applications running Netflix movies and television series often pre-cache content so that streaming remains smooth should there be any minor internet connection issues during viewing. Because “Bandersnatch” is interactive, apps now have to “pre-cache two possible paths — something that older versions of the Netflix app aren’t able to do.” For this reason, “Bandersnatch” isn’t available to stream on older smart televisions.

“The company is also excluding ‘Bandersnatch’ from playback on Google’s Chromecast and Apple TV for technical reasons,” Variety reports. “Netflix vice president of product Todd Yellin didn’t seem to be too worried about leaving anyone behind. ‘Almost every single Netflix household has a device that can play ‘Bandersnatch,’ he said.”

IndieWire’s Liz Shannon Miller praised the “Bandersnatch” interactive storytelling as “groundbreaking” in her A- review. The project is now available to stream on Netflix. Head over to Variety to read more behind-the-scenes details.