It's not just top writers, producers, and performers: Streamers like Netflix are also picking off the linear world's top executives, like the former ABC Entertainment president. 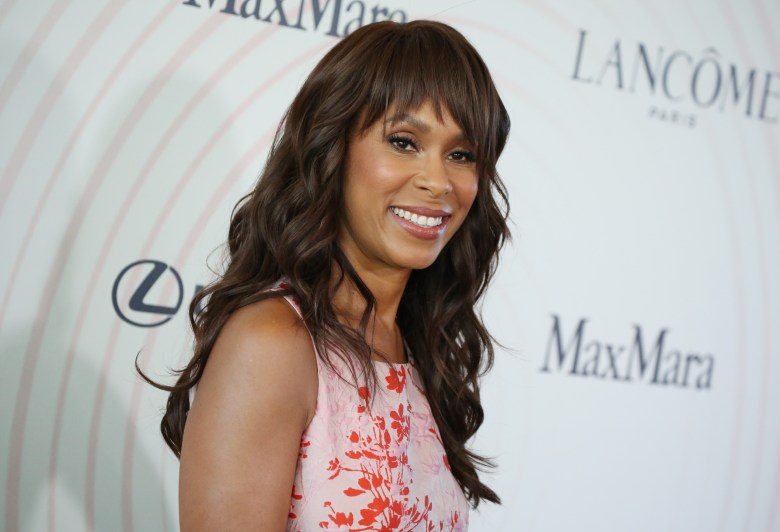 Add Channing Dungey to the list of former broadcast network and studio executives taking their experience, relationships, and programming skills to the streaming world. As rumored, the former ABC Entertainment president, who just wrapped up her nearly 15-year run at the network, has joined Netflix in a new role.

Dungey will join the platform in February as vice president of original content, reporting to Cindy Holland, Netflix’s longtime programming chief. Dungey’s arrival is another sign that as Netflix has rapidly expanded, so has its need for more executive oversight. Dungey will now work closely with Holland in overseeing a big portion of its slate — including, as noted in its press release, deals with Shonda Rhimes, Jenji Kohan, Kenya Barris, Steven DeKnight, Marti Noxon, and Higher Ground Prods.

“Channing is a creative force whose taste and talent have earned her the admiration of her peers across the industry. She’s a risk taker and groundbreaker and talent love working with her. I couldn’t be happier to welcome her to Netflix,” said Ted Sarandos, Netflix chief content officer.

Dungey had been rumored to  join Netflix to specifically oversee the output of President Barack Obama and Michelle Obama. And indeed, she will work with the couple as they pursue their projects, but this position has a much larger scope inside Netflix.

There has been plenty written about the Netflix migration of superstar producers like Rhimes and Ryan Murphy, but less about the transition of execs like Dungey to the streaming world. But nonetheless, it’s becoming a larger trend as Silicon Valley leans on proven Hollywood figures to run their expanding operations. Amazon Studios, of course, is now overseen by former NBC Entertainment president Jennifer Salke. Former Fox and Warner Horizon exec Craig Erwich runs programming at Hulu. Apple’s TV output is developed by former Sony TV toppers Zack Van Amburg and Jamie Erlicht, as well as FX and WGN America alum Matt Cherniss. TBS/TNT boss Kevin Reilly, who previously ran entertainment at Fox and NBC, will oversee WarnerMedia’s new streaming service. And so on.

At Netflix, Dungey joins a team with other former broadcast network and studio leaders including Bela Bajaria, the former Universal TV president who now oversees acquisitions, co-licensing, and unscripted.

Tech companies have learned — sometimes, the hard way — that it’s best to rely on Hollywood execs with proven track records when it comes to expanding their ranks. Not only does Dungey have the chops to develop projects with top talent like Rhimes and Barris, whom she worked closely with at ABC, but she also knows a thing or two about volume. There’s nothing quite like broadcast network pilot season, when dozens of shows are being written, cast, and produced at the same time. But as the streaming wars expand, that kind of volume now takes place year round.

“I’m drawn to the forward-thinking, risk-taking and creative culture at Netflix, and the deeply talented people there, especially Ted and Cindy, with whom I’m excited to partner on setting the strategy for original content,” said Dungey in a statement. “Given that ABC, the place I’ve called home for nearly 15 years, represents the gold standard of traditional broadcast, it feels like the perfect next step for me to join Netflix, the unparalleled leader in streaming. I’m invigorated by the challenges ahead and the opportunity to forge new relationships, and excited for the very welcome reunion with incredible talent.”

Dungey first joined Disney/ABC at ABC Studios, working on shows such as “Private Practice” and “Criminal Minds,” before moving to the broadcast network to develop shows such as “Scandal,” “Quantico,” “Marvel’s Agents of S.H.I.E.L.D.,” “American Crime” and “Once Upon a Time.” She took over as ABC Entertainment president three years ago.

“We’re delighted to be adding Channing’s expertise, leadership and deep experience to Netflix, and I look forward to partnering with her as we continue to grow and evolve our global network. I have been a fan of her character and approach from our early days as executives,” Holland said.

This Article is related to: Television and tagged ABC, Channing Dungey, Netflix