From Hallmark movies and Netflix specials to Christmas light fights, ’tis the season for bonus programming and cheer. 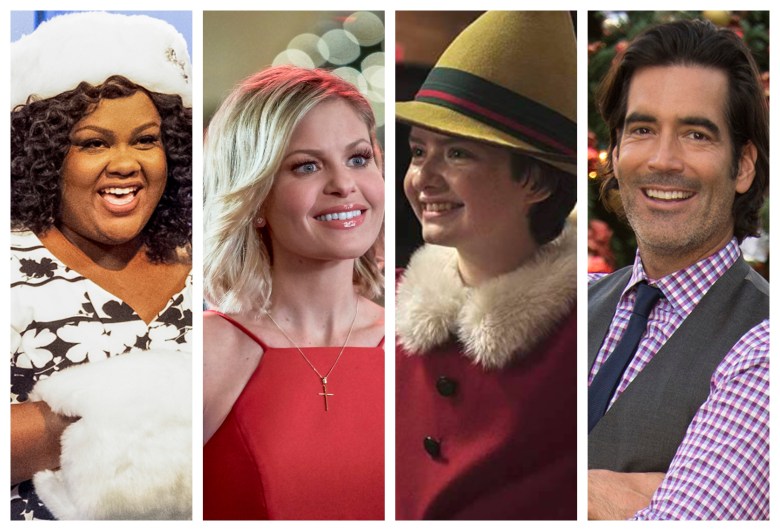 It’s beginning to look a lot like Christmas on TV, and everybody wants in on the game. While classic holiday specials like “A Charlie Brown Christmas” and “Rudolph the Red-Nosed Reindeer” get dusted off annually, networks and streaming services are pumping out fresh content in hopes of capitalizing on the yuletide spirit and creating new viewing traditions.

The most iconic brand for holiday TV is Hallmark Channel, which has become synonymous with their original Christmas rom-coms. Work on this season’s whopping 38 movies – 22 airing on Hallmark Channel and 16 on its sister Hallmark Movies & Mysteries – began as early as last year.

“Early to mid-2017 we were starting to sift through all of the scripts that come in, of which we receive hundreds, and select those that we want to develop further,” said Crown Media’s executive vice president of programming Michelle Vicary. “We start to produce them in late 2017, 2018 and continue to make them all year long. You can imagine when you make 38 Christmas movies, we say it’s Santa’s Workshop here all year long. We began development and are also in beginning stages of production on our 2019 slate.”

Hallmark also airs the earliest Christmas content for the season. The network tested out the audience’s appetite for premature wassail in 2010 with a period of 24/7 festive programming, which yielded immediate positive results. In response, Hallmark started its Countdown to Christmas programming earlier and earlier, and this year’s offerings began to air just before Halloween.

“There is such a thing as too early, [but] we haven’t hit it yet,” said Vicary. “This year our first premiere was on Oct. 27, ‘Christmas at Pemberley Manor.’ Right out of the gate, it had a No. 1 rating for Saturday night.” While Netflix has also dipped its toe into the rom-com poinsettia pond with movies like “The Princess Switch” and “A Christmas Prince” sequel, the streaming service has also pushed out content through its scripted series. The dark Archie Comics update “Chilling Adventures of Sabrina” – starring Kiernan Shipka only debuted this past Halloween, yet produced a Christmas episode available for streaming Dec. 14.

Netflix ordered two seasons of “Sabrina” to be shot back-to-back, with the first season consisting of 10 episodes. Series creator Roberto Aguirre-Sacasa said a Christmas episode only occurred to him shortly after shooting Season 1.

“We were actually breaking and writing what would have been the first episode back, which was the start of a new big story for Sabrina, and we realized that what we would have naturally skipped over is Christmas,” he said.

“We did a Halloween episode, which was Sabrina’s baptism, and we did a Thanksgiving episode, which was the Feast of Feasts. It was a bummer that we skipped Christmas because there are so many great ghost and horror stories set at Christmas. When I called Netflix to tell them that we were doing this, Netflix said, ‘Oh, is this a standalone? Do you want to try to do this as a special?’”

The episode, “A Midwinter’s Tale,” isn’t a standalone. While it contains some episodic elements – Sabrina encounters problems while holding a seance, while her friend Susie (Lachlan Watson) has a harrowing adventure while dressed as Jingles the Christmas Elf, a character from Archie Comics – the story fits the continuity between the two seasons. This made shooting rather tricky since production had already started. Therefore they had to shoot out of order; one episode of Season 2 was shot before the cast and crew tackled the Christmas episode.

For Aguirre-Sacasa, making a horror-tinged Christmas episode was a natural fit. “I think there’s always this idea that the holidays are when we can be our safest and most together in our houses,” he said. “The idea of that being threatened or violated, I think is primal. The first impulse was let’s do Krampus, but everyone has done Krampus now. Krampus has been made mainstream. But there are tons of Christmas legends, and we liked Gryla because Gryla was a witch. Anytime we can do witches on our show, that’s a good thing.”

The episode shot in July and took a few more days the usual 11-day shoot to finish because of the holiday setting.

“The one thing we had to do was create winter in Greendale. That was one of the biggest challenges,” said Aguirre-Sacasa. “We tried to move heaven and earth. We wrote the episode, prepped the episode, shot the episode, and then raced to get it ready for a December drop. You have to deliver episodes to Netflix 45 days before they drop because of the process it goes through to get ready. It wasn’t like they had tons of time. It was pretty down to the wire.” 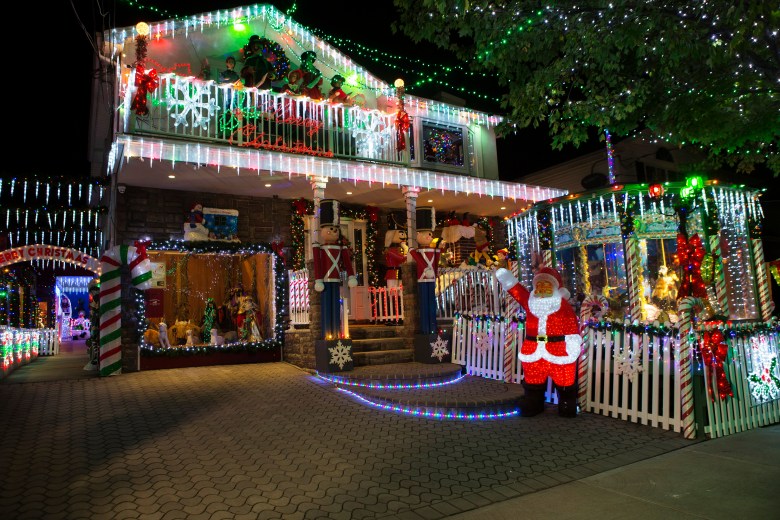 On ABC, “The Great Christmas Light Fight” kicked off its sixth season on Nov. 26. On the reality competition show, four families across America compete to see who has the most elaborate and ostentatious Christmas light displays. The first few seasons of the show would shoot in October, which meant it had to find participants willing to have their houses fully decked out and camera-ready months early, often when the weather was still warm.

Executive producer Brady Connell said, “We never actually faked anything. We would show people out there in their shorts setting up their lights. You could even tell from the wardrobe of the judges. Carter [Oosterhouse] wore short-sleeved shirts a couple of times when we were shooting in southern California and Arizona.”

For most of the contestants, those October shoots gave them a head start on their holiday preparations.

“I would venture to say that everyone who put up the lights for us in October left them up for the season,” said Connell. “And maybe one out of 20 or 30 leave their lights up all year now because they’re so elaborate. They just go in and they fix things that were damaged from weather, they replace lights, and all of that.”

Continue to next page>>

This Article is related to: Television and tagged Chilling Adventures of Sabrina, Hallmark Channel, Netflix