The series, based on the Rick Remender comics series of the same name, airs on the network starting in January. 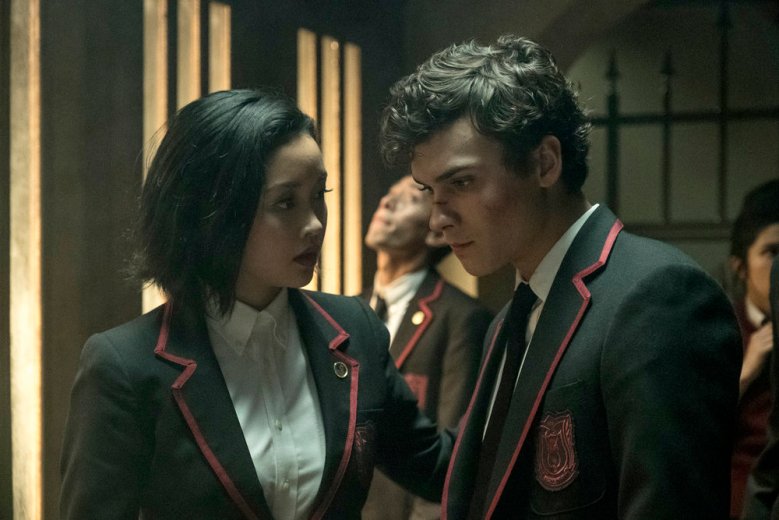 There are eleven days left in 2018, but the TV world is sure determined to get 2019 here as quickly as possible. The latest example: Syfy has made Episode 1 of their new series “Deadly Class” available for free on YouTube, just in time for the holidays.

The series, created by MCU stalwarts Joe and Anthony Russo, adapts the comic book series centered on King’s Dominion, a clandestine Bay Area high school for would-be international assassins. The hour-long action drama has its more traditional premiere on January 16 in the new year, but the episode can be watched in full below. (For anyone concerned, there is a pretty blatant act of violence that happens within the first minute.):

“Deadly Class” features Benedict Wong as the headmaster of this school, a Dumbledore who whacks unsuspecting pupils in the face with his cane, apparently. “To All the Boys I’ve Loved Before” breakout Lana Condor plays Saya, a student who helps newcomer Marcus (Benjamin Wadsworth) get situated at King’s Dominion. The show’s main cast also includes María Gabriela de Faría, Luke Tennie, Liam James, and Michel Duval.

The show is based on Rick Remender’s ongoing comics series, which has published seven volumes so far, with an eighth slated for next year. Image Comics has published “Deadly Class” since July 2014. Remender and Miles Orion Feldsott co-wrote this pilot, an episode directed by Lee Toland Krieger.

This surprise debut is part of an ongoing new release strategy for Syfy. The network also employed a similar first-episode drop, making available the season premiere of the most recent installment of horror anthology series “Channel Zero” weeks before of the season aired. It’s something to look out for when the network debuts the second season of the Christopher Meloni and Patton Oswalt-starring “Happy!” next spring.

This Article is related to: Television and tagged Deadly Class, Syfy, YouTube