The Golden Globe-nominated film has garnered sharp rebukes from transgender people, except for the one whose story it tells. 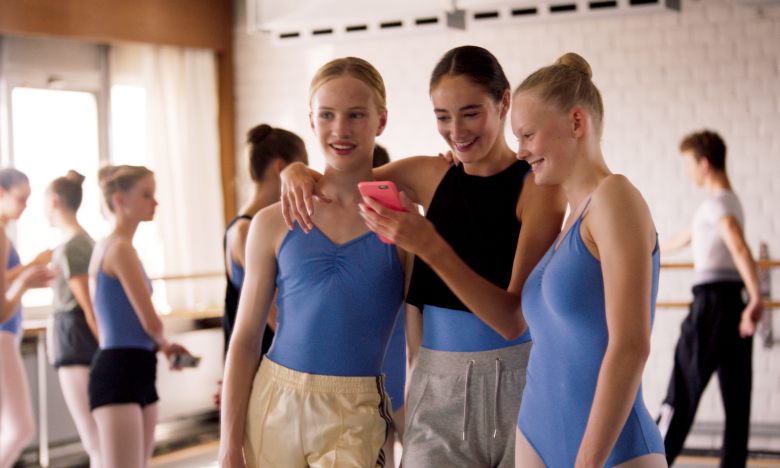 When does a member of a marginalized group get to deviate from the collectively approved narrative and become just another individual? That’s the question at the heart of the recent controversy over the Belgian film “Girl,” which follows a teenage ballerina’s fraught gender transition, and her subsequent self-reckoning through self-harm.

It is that self-harm — quite graphic, arguably excessive — and the casting of a cisgender dancer in the role, that led trans critic Oliver Whitney to dub the film “a danger to the transgender community” in a recent essay. Whitney’s perspective is urgent and necessary; it was one largely left out from the critical conversation that accompanied the film’s celebrated Cannes Film Festival debut. But for Nora Monsecour, whose real-life story provided the basis of “Girl,” Whitney’s opinion was painful to hear.

“I was really offended, because people made out that Lukas [Dhont] made a film out of his cis perspective,” Monsecour told IndieWire in a recent phone interview. “My story is not a fantasy of the cis director. Lara’s story is my story.”

The first feature from Belgian filmmaker Lukas Dhont, “Girl” nabbed the Queer Palm at Cannes, the Camera d’Or for Best First Feature, and an acting prize for its young star. Although Dhont is not trans, much like last year’s Best Foreign Language Film Oscar winner “A Fantastic Woman,” the film was the result of a years-long creative collaboration between filmmaker and muse. (Monsecour: “We constantly collaborated together from day one.”)

Dhont approached Monsecour about doing the film after reading an article about her, and she said she trusted him immediately because of his passion, warmth, and enthusiasm. 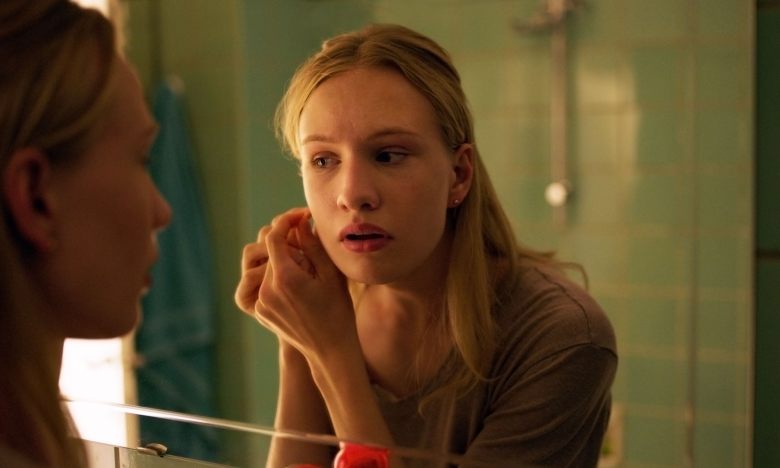 Victor Polster as Lara in “Girl”

“Girl” is a work of fiction, but Monsecour asserts that it is an accurate depiction of her own lived experience. Lara, the film’s central character, is played by newcomer Victor Polster, a baby-faced ballet dancer who is not trans. Monsecour says she was “very involved” in the casting process.

“In one of our first conversations, I said to Lukas that I didn’t care at all if the actor was male, female, transgender, lesbian, gay. For me, it was very important that Lara … be played by someone who had a lot of love and empathy for the character, [and] was also a very good dancer,” she said. “When I saw pictures of Victor, I thought to myself, ‘this is it, he is it.’ And I saw Victor as a human being. I didn’t see Victor as a male actor going to play a trans role. I really felt that he was the one person that could give this role life in a way that would pay respect to my story.”

Despite overwhelming support from her father, Lara struggles immensely with her body dysphoria, engaging in painful and harmful taping of her genitals before every dance class. Monsecour wanted the film to move beyond the familiar tropes in which a trans character must fight to be accepted by outside forces, in order to focus on something much more nuanced and subjective — the character’s internal conflict.

“For me, the only person that hurt me the most is myself, and not the people who bullied me,” she said. “I thought the world should see this, that it’s not just simply changing sex, that’s it more complex and more difficult than that.”

Dhont shows this by framing many shots on Lara’s body, including her groin, as she obsessively checks herself in the mirror. In Whitney’s view, the cinematography and direction is “invasive,” “voyeuristic,” and “leering.” Considering film’s history of fetishizing trans bodies, he is right to be alarmed. For Monsecour, however, dance is an inherently physical pursuit, and there was no way to tell her story without focusing on Lara’s body.

“There’s more layers to it than just having a film focus on a trans body just because she’s trans. No, it’s also focusing on the girl that is a dancer, which is already a bodily experience,” she said. “I was training at a ballet education where the difference between male and female is so present. And in order to let myself dance freely, I wanted my body to match that. So I was constantly taping things away, I was constantly checking myself in the mirror. … This anxiety of having this body in the way of pursuing my dreams was very much how my life was and how it is shown in ‘Girl.'”

[Editor’s note: Discussion below of the ending of “Girl,” as well as of self-harm.]

The culmination of all of this anxiety results in what is arguably the film’s greatest flaw: its unnecessarily graphic ending. After losing too much weight and bruising her groin by taping, Lara’s doctor postpones her gender confirmation surgery, or bottom surgery. In the film’s penultimate scene, she takes a bowl of ice and, with her back to the camera, cuts into her genitals. Visually, there is no direct image of the act, not even a drop of blood, just Lara crumpled on the floor, squealing in pain. A more seasoned filmmaker might have chosen to leave the ending more ambiguous, but Dhont, whose elegant and nuanced direction otherwise belies his youth, wanted to make a statement.

“[This scene] for me is a metaphor for suicidal thoughts or dark thoughts that are taking over, which I experienced myself,” said Monsecour. “I didn’t wanna sugar coat my own life … I was still very young, but I experienced a lot of dark thoughts. So for me, this scene was crucial to show. I’ve experienced young people in my environment dying, committing suicide. And in a way, it’s not a film, this is reality. People are committing suicide because they cannot accept themselves.”

The idea that showing self-harm onscreen is “dangerous” is not a new one. Last year, Netflix found itself under attack over the original series “13 Reasons Why,” which many writers (including this one) criticized for romanticizing — and potentially encouraging — teen suicide. (As it happens, Netflix bought “Girl” out of Cannes.)

“I want to make it clear that I have not committed this harm to myself. And I don’t encourage anyone to,” Monsecour said. “But I hope people can see it as a metaphor from the dark thoughts that I had, and that a lot of young people in my same situation also have. The scene should not be interpreted by encouraging trans youth to cut certain body parts off themselves. That is not the message. The message is to show that these things are a result of dark thoughts, [which] are the result of the struggle that we face.”

“Girl” is nominated for a Golden Globe for Best Foreign Language Film. It was Belgium’s submission to the Oscars in the same category, but was recently left off the short list. “Girl” launches on Netflix and in select theaters January 18, 2019.